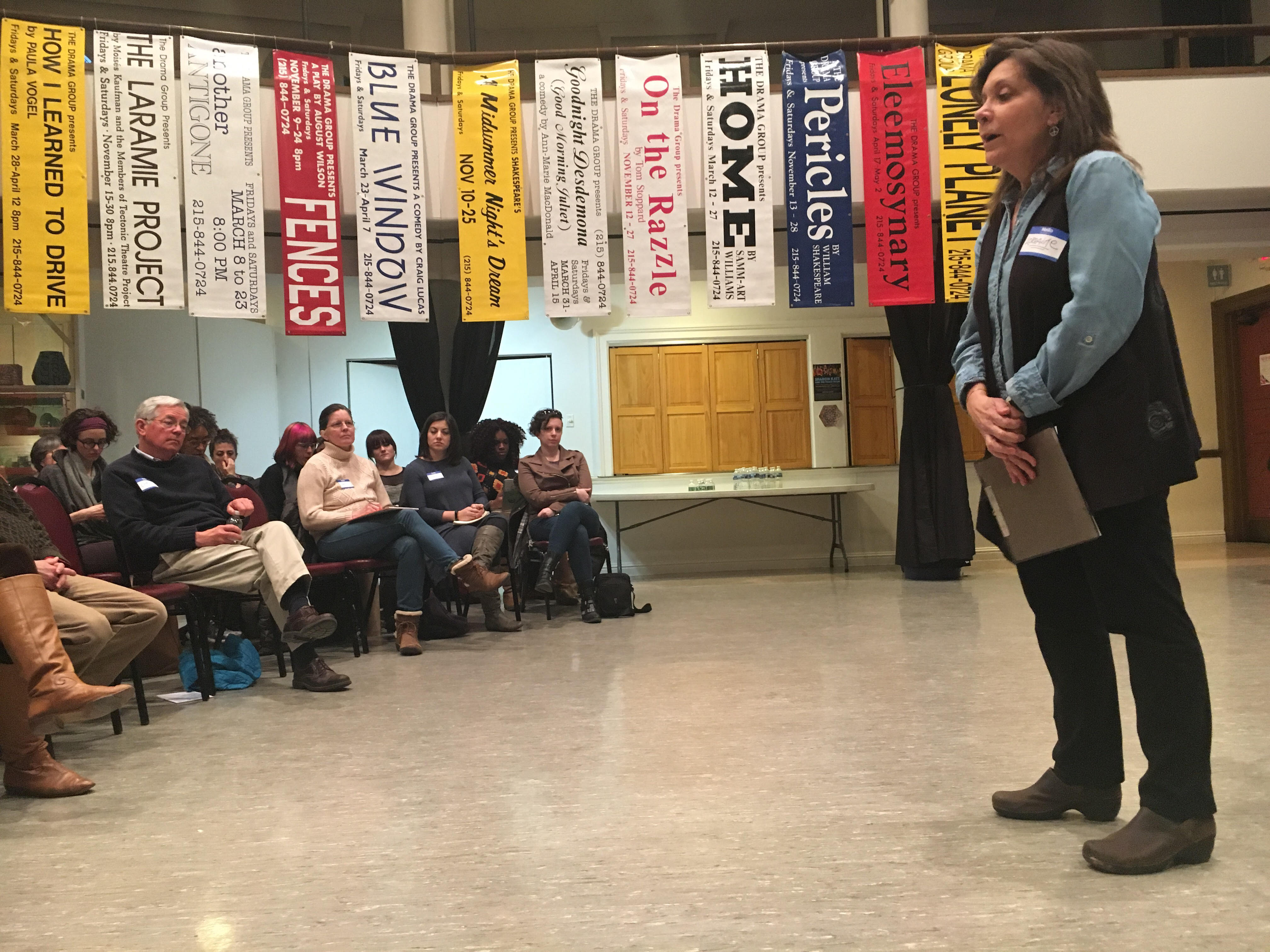 By POWER InterfaithApril 7, 2017No Comments

White clergy and lay members associated with the religious activism group POWER (Philadelphians Organized to Witness, Empower and Rebuild) dissected their feelings on racism and white supremacy at a “Whites Confronting Racism: Lessons Learned” program recently hosted by the organization at the First United Methodist of Germantown (FUMCOG).

The event was a culminating follow-up to a yearlong “Whites Confronting Racism” training program that 18 POWER members participated in to gain a “deeper understanding of white privilege.” The session allowed POWER members to share what they learned and their ideas for improved race relations.

“When many whites wanted to learn more about racism, they would ask Black people to teach them about racism, so we turned around and challenged white folks to instead of looking for Black people to explain it to them, to pursue it themselves,” said the Rev. Gregory Holston, POWER executive director. “And so they took on the challenge of their own understanding of not only racism but white supremacy and how it’s affected their lives.”

POWER member Sheila Oliver, who participated in the “Whites Confronting Racism” program, said it consisted of weekend training from March 2016 to October 2016 that focused on different topics including but not limited to “the history of racism, what it means to be mainstream and marginal [and] what are white behaviors. The training included lectures by white instructors and small group discussions.

At the March 23 session, three of the 18 trainees presented their “lessons learned” to a group of about 100, mainly white men and women of different faiths, and no more than 10 Black people. The presentations were followed by small group discussions.

“You can’t really call yourself a good white person,” said Oliver, a Roman Catholic white woman who attends St. Vincent de Paul Church. “One of the things I took away is no white person is outside of racism because racism is from white people.”

Oliver continued that in the training, members discussed race issues at work and in their family lives.

“A lot of it was recognizing what they hadn’t seen about their behaviors and assumptions,” she said.

Mark Mandel, a member of Kol Tzedek Synagogue in West Philadelphia, did not participate in the training but did share in the group discussion at the listening session.

“What made the deepest impression on me was the realization that I have to be paying more attention to myself and what people of all colors say and think and tell me about racism, as they perceive it and as they perceive me,” he said.

To conclude the session, individuals answered questions on how they can improve race relations moving forward, among other topics.

A white male senior named George said to help their navigation of racism and white supremacy, white individuals “need to have companions on this path. You can’t do it yourself.”

Another white man who identified himself as Jewish noted the importance of “being an ally, but also doing our own work in our own group where we have internalized oppression.”

A white male La Salle University student pledged to “reach out to different cultural groups so there can be an intersection where white students can experience other cultures.”

Oliver promised to host more events as the listening session “as many places I can.”

Bill Bloom, a Black Christian man, advised the white laymen and clergy to use their “privilege” to help others.

“Do all you can to make opportunities available to those that don’t share your privilege,” he said. “There’s much all of us can do.”

“We can’t work for change in systems undergirded by white supremacy if we don’t address how it exists within us,” he said. “Now, we have the challenge of doing more.”