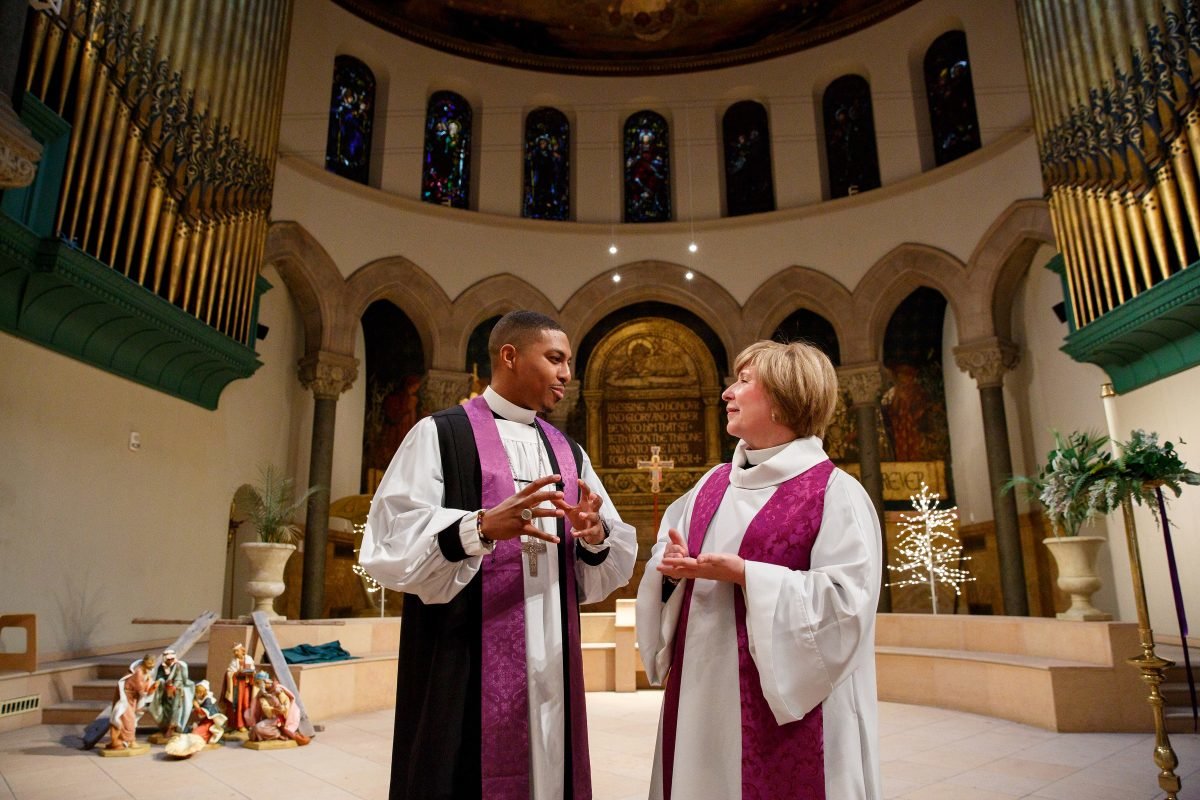 Worship, jazz, the 19th-century abolition of slavery, and today’s protests against racial violence will all converge this New Year’s Eve at the Philadelphia Episcopal Cathedral in what may become an annual event: Watch Night for Racial Justice.

It starts at 4 p.m. with a three-hour jazz concert and continues with a 7 p.m. interfaith watch service.

“I thought about it, but I couldn’t do it,” says Lovett Hines, artistic director of the Philadelphia Clef Club of Jazz and Performing Arts, whose student ensemble will perform at the event. “It’s a classic form of music and should be performed in the better places.”

The evening reflects the Watch Night tradition of New Year’s Eve church vigils in black churches to commemorate the Emancipation Proclamation. The cathedral’s version is a benefit for POWER (Philadelphians Organized to Witness, Empower and Rebuild), an organization that draws on the support of roughly 50 local congregations to work for better education, health care, and employment conditions.

“It’s important for us as artists to shine a light on important causes,” said vocalist Gardner, 72, who will sing “Come Sunday,” the signature song from the famous Sacred Ellington concerts of the ’60s.  Initially, those concerts were controversial for “bringing the Cotton Club to church,” as the saying went, and Gardner, who sang in 1968’s Second Sacred Concert, has watched firsthand as the music has grown in stature.

“Every man prays in his own language. There’s no language that God doesn’t understand,” she says. “He [Duke Ellington] was very religious, and that is why he brought jazz into the church.”

This particular Watch Night project originated with Thomas Lloyd, the classically trained director of music at the Episcopal Cathedral and composer of Bonhoeffer, which was recorded by the Crossing and nominated for a Grammy Award last year. “I was feeling a need to respond in some way … to the deteriorating racial climate of the country,” Lloyd says.

Tapping into the Watch Night tradition came about during conversations with Fluellen.  Lloyd wanted to broaden the dialogue to some of the social issues that  POWER champions.

The idea was new to the Episcopal Cathedral but not foreign. “I knew only a little bit about Watch Night,” said the Rev. Judith Sullivan, dean of the cathedral, “but it seemed like a perfect fit for us. We care deeply about upholding the dignity of every individual.” In fact, the church gives away 20,000 pounds of food per month.

Involving POWER gives the concert purpose beyond the symbolic, Lloyd says. The pay-what-you-wish admission is a “free will” offering to benefit POWER and the Episcopal Cathedral Table Ministries in West Philadelphia. The artists — whom Hines describes as “not just great musicians but great people” — are donating their services.

“There’s a need for a combination of social services and social action … This is a way to affirm that,” says Lloyd. “It’s not a Republican or Democrat thing. Most of the lobbying work [done by POWER] is about basic values.”

The group is known for its targeted and effective campaigns — from protests to raise the minimum wage for airport workers to initiatives to encourage the vote in zip codes with low turnouts. Sometimes, members will simply arrive in the offices of key congressmen to be what the organization’s fund-raising chair, the  Rev. Sandra Brown, calls “a moral presence.”

“It’s our faith that commands us to do what we do,” she says. “Because of our faith, we’re able to stand for others.” POWER says it represents some 50,000 people across its various religious communities. Its endorsements are for policy platforms, not particular political candidates.

Translating such ideals into music would seem to warrant choirs — gospel and otherwise. Lloyd says that couldn’t happen for this year’s inaugural Watch Night.

Choirs may come along next year – assuming the event becomes annual. “If people respond to it and say, ‘Yes, we need this’ … then it could happen,” he says, “because racism isn’t going away.”

Benefits extend beyond the fund-raising for POWER and music for the  audience. The young members of the Clef Club ensemble stand to gain historic Watch Night perspective on the music they’re playing. “A lot of young people think that what they’re doing now is new,”  Hines says. “But for young people, a career that’s laced with history is based in truth. History makes that journey for young people more poignant.”

Ultimately, they have to make the music their own. When Gardner was working with Ellington, she says, she had no other choice. “He didn’t tell you how to do anything. He didn’t even say anything,” she says. “I was used to singing formal music written on the page. This was brand-new music. I had to find my way through that. And I did.”