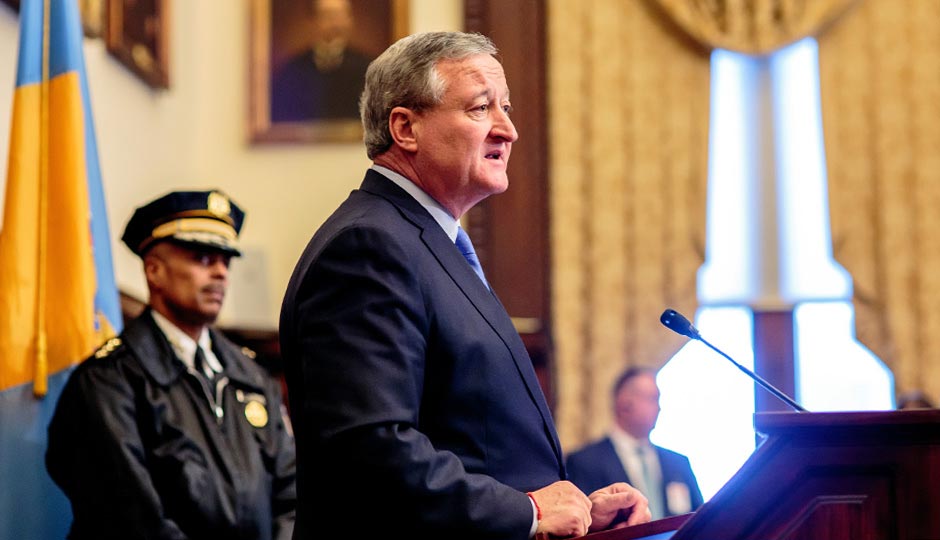 No matter where you look, there’s a cloud of confusion surrounding the future of stop-and-frisk in Philly. Take the political theater playing out in various opinion columns over the past month. Despite Mayor Jim Kenney reiterating that his position “hasn’t changed” on stop-and-frisk, the kerfuffle hasn’t died down, even a little bit, regarding whether Kenney has backtracked on a campaign promise to end the controversial police practice (or, conversely, if the criticism is mostly hot air).

If you prefer numbers over words, there’s perplexity stemming from a new report released last week by the law firm of Kairys, Rudovsky, Messing & Feinberg — the police department’s court-appointed independent monitor of PPD stop-and-frisk — showing the persistence of discouraging statistics. The report, covering stop-and-frisk data from the first half of 2015, found that 33 percent of all police stops lacked a constitutional reason for performing them, a number that hardly budged from the same period a year prior. Though the numbers were unequivocally poor, the confusion arose in the aftermath of the release, when the ACLU of Pennsylvania called upon the police department to raise their standards for pedestrian stops, from reasonable suspicion to probable cause. Commissioner Richard Ross and the city solicitor suggested that adjusting the standards lies outside their authority, unless the Supreme Court overturned Terry v Ohio. The police say it’s undoable, the ACLU says it’s completely within the department’s autonomy.

So can we get some clarity? On anything?

Deep breaths, people, there will soon be a chance for precisely that. A town hall focused around the issue of stop-and-frisk will take place on Friday, April 29th, at 7 p.m. at the New Vision United Methodist Church in North Philly. Mayor Kenney, Commissioner Ross, deputy legal director of the ACLU of Pennsylvania Mary Catherine Roper and Kelvyn Anderson, executive director of the Police Advisory Commission, will all be on stage. The event, which will be open to the public and not be ticketed, has been organized by interfaith network POWER and local media company Techbook Online, whose CEO, Chris Norris (one of the many writers who’s weighed in on Kenney’s alleged flip-flop) expects some much-needed dust-settling to take place: “Everyone should walk away from this meeting knowing where everyone stands,” Norris says.

As far as we can tell, this is the first town hall-type event devoted to the issue of stop-and-frisk, and certainly the first at which both Kenney and Ross will be attending. Lauren Hitt, communications director for Mayor Kenney, said in a statement that the town hall is part of a broader effort to strengthen police-community relations across the city. Further, the forum promises a chance to have a comprehensive discussion of the policy — a degree of depth that’s been absent from recent critiques. “While the Mayor was very clear in public policy papers and in extended interviews during the campaign about what he planned to do with regards to pedestrian stops,” said Hitt, “many Philadelphians heard the five-second sound bite and not what was in the policy paper. These town halls allow for that kind of extended dialogue.”

All this arguing over the semantics of a mayor-elect’s promises is a bit misplaced, says the ACLU’s Mary Catherine Roper. “I don’t really care about whether he’s wavering or not. I care about his vision and his police commissioner’s vision and if those line up with what we want, which is less stop-and-frisk, less disproportionate impact on the African-American and Latino communities, and a turn to policing that is actually a problem-solving policing than a problem-creating policing,” she said. “And if [Ross]’s not going to follow Mayor Kenney’s vision, then why is he Mayor Kenney’s Commissioner?”

Last week, Ross announced a series of internal accountability measures that’ll be put in place to identify and reprimand officers shown to be repeatedly making unconstitutional stops — a move that Roper applauded as “the most significant step we’ve seen the department,” in terms of accountability since it’s been monitored. Days later, the man Ross inherited the problem from, his mentor, Commissioner Charles Ramsey, stood by his record on stop-and-frisk. The town hall provides a platform for Ross to explain where he falls on the continuum between Kenney and Ross. His appearance also advanced a goal he stated at his introductory press conference as top cop: hosting public events and town halls. “The goal is always to strengthen engaging, meaningful and productive interaction with people in Philadelphia’s communities,” a police spokesperson said in a statement, on behalf of the commissioner.

Then there’s the Police Advisory Commission, the underfunded civilian oversight arm of the PPD, which expects to advocate for an expansion of open data on stop-and-frisk, along the lines of what’s being made publicly available in Boston, including a breakdown of civilian encounters on neighborhood-by-neighborhood level. “Our biggest contention in all of this is pushing the information down to the neighborhood block/district level, where this type of data will be more palatable for the average person,” says executive director Kelvyn Anderson. “I don’t really know what it means to say there are 80,000 stops or however many there are around the city that lack reasonable suspicion.”

As Anderson pointed out later in the conversation, the numbers are actually much more troubling than that. Philly is now stopping roughly 200,000 individuals each year, roughly eight times the amount of people than are now stopped in New York City, a metropolis five times larger. Now would be a good time to figure out how to bring us in line.
Original Source | Image credit: Jeff Fusco