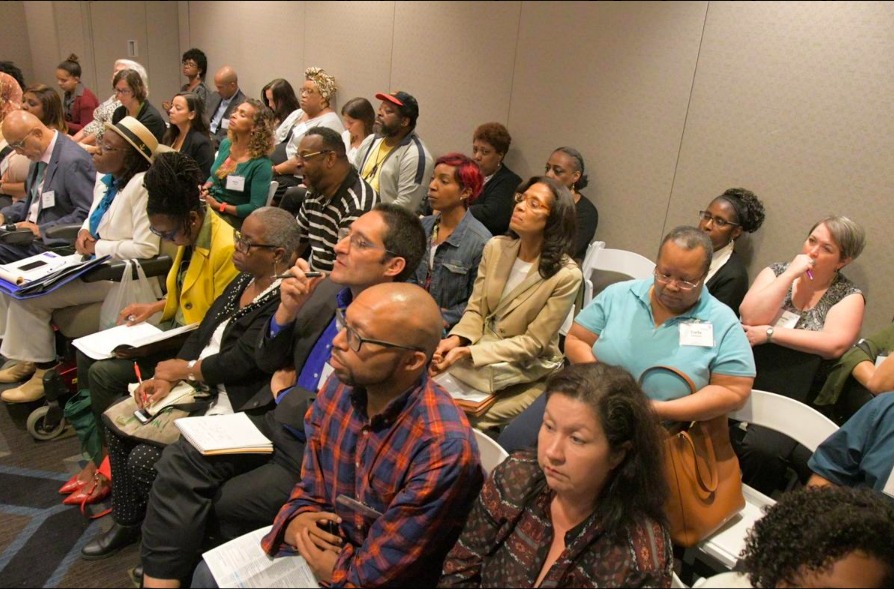 By POWER InterfaithOctober 11, 2018No Comments

The Community Reinvestment Act has enabled capital to flow into minority communities throughout the country that previously were denied access to loans.

Now the Trump administration is proposing to make changes to the 41-year-old federal law, and advocates are concerned that those revisions could strip up to $105 billion a year from working-class and minority communities.

The importance of ensuring and strengthening the CRA was highlighted during the National Community Reinvestment Coalition’s Reinvest Philly summit.

The summit, which was held Tuesday at the Wyndham Philadelphia Historic District hotel, brought together advocacy groups, community leaders, elected officials and health care leaders to discuss ways to reinvest in communities across the region.

During a discussion titled “Defending the Community Reinvestment Act,” panelists spoke about the law’s importance in addressing redlining, the practice of drawing red lines around areas where lenders refuse to make loans or make loans on less favorable terms. Research has found that the practice caused many people of color living in redlined neighborhoods to be thrown into generational cycles of poverty.

The CRA was passed in 1977 to end the practice of redlining by requiring banks to lend money in the communities where they are chartered to do business or receive deposits.

Greg Holston, the executive director of the faith-based organization POWER, shared the story of his aunt who owned a restaurant in North Philadelphia and was denied a business loan. He implored summit attendees to put a face on the people and communities victimized by redlining.

“We cannot begin to understand the incredible amount of pain and hurt that’s been caused by that kind of racism,” Holston said.

Kevin Hill, the Community Reinvestment Act manager for NCRC, says his organization estimates that if the law is substantially weakened Pennsylvania could lose about $2.6 billion in mortgage and small business lending opportunities during the next five years.

He encouraged summit attendees to advocate for the law by submitting public comments on CRA reform. The Office of the Comptroller of the Currency is currently seeking public input on how it could best amend CRA regulations.

“We need to have the same thing in Pennsylvania and really have the teeth to hold folks accountable,” Hughes added.