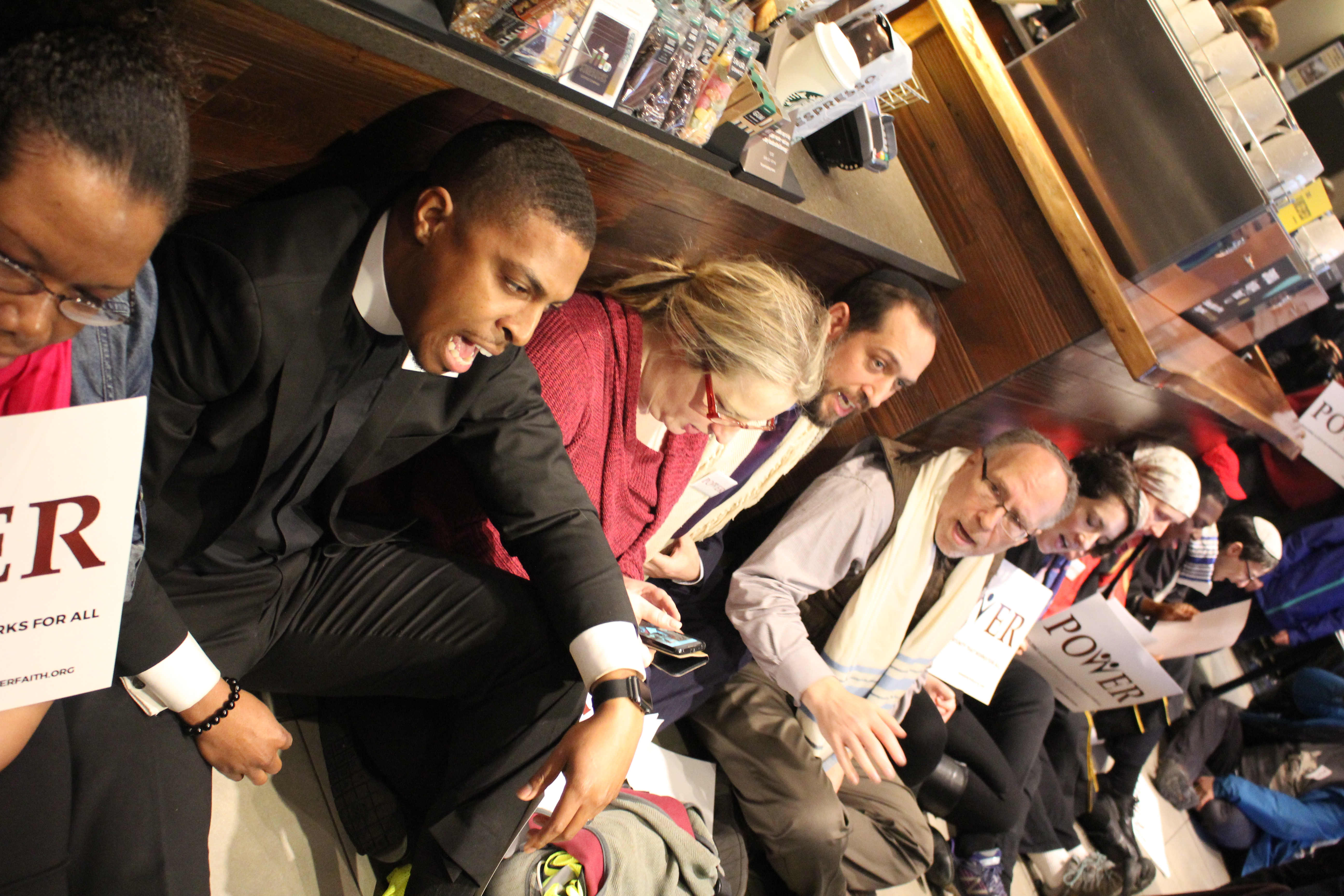 Starbucks to Close Stores for an Afternoon for Bias Training

Home » Starbucks to Close Stores for an Afternoon for Bias Training

BY: Alexandra Olson and Joseph Pisani

Starbucks, moving swiftly to confront a racially charged uproar over the arrest of two black men at one of its stores in Philadelphia, plans to close more than 8,000 U.S. stores for several hours next month to conduct racial-bias training for nearly 175,000 workers.

The announcement Tuesday comes after the arrests sparked protests and calls for a boycott on social media. A video shows police talking with two black men seated at a table. After a few minutes, officers handcuff the men and lead them outside as other customers say they weren’t doing anything wrong. Philadelphia-area media said the two were waiting for a friend.

Philadelphia police released a recording of the call from the Starbucks employee that led to the arrests. In the recording, a woman is heard saying, “Hi, I have two gentlemen in my cafe that are refusing to make a purchase or leave.” She gives the address of the Starbucks store, and the entire call lasts less than 30 seconds. In the communications between police and dispatch that were also released, someone refers to “a group of males inside causing a disturbance,” and additional officers are sent.

Starbucks, which was once ridiculed for urging its employees to write “Race Together” on coffee cups to start a national conversation on race relations, has found itself through the looking glass: under fire for its treatment of black people.

The company reacted from a high level: Starbucks CEO Kevin Johnson called the arrests “reprehensible” and said he wanted to apologize to the two men face-to-face. The company and a lawyer for the two men said they did meet, and Johnson delivered the apology. Starbucks also said the employee who called police no longer works at the store, but declined to give details.

Johnson also promised to revamp store management training to include “unconscious-bias” education. Starbucks said its U.S. company-owned stores and corporate offices will be closed on the afternoon of May 29 for the training, which will eventually be incorporated into the instruction process for all newly hired employees.

The episode highlights the risks large corporations run when they tie their brands so closely to social messaging. In 2015, then-CEO Howard Schultz shrugged off the “Race Together” fiasco as a well-intentioned mistake and pressed on with his public efforts to engage in the debate over race in America. Johnson was scrambling to keep the Philadelphia incident from shattering the message Schultz was going for: Starbucks is a corporation that stands for something beyond profit.

“The more your brand is trying to connect emotionally to people, the more hurt people feel when these kinds of things happen,” said Jacinta Gauda, the head of the Gauda Group, a New York strategic communications firm affiliated with the Grayling network. “They are breaking a promise. That’s what makes it hurt deeper.”

Beyond racial relations, Starbucks has staked much of its brand on its dual promise of providing good customer service and treating its employees well, said John Gordon, a restaurant industry analyst with Pacific Management Consulting Group.

But in a multinational company with more than 28,000 stores worldwide, there has “to be a situation every day where some human being handles things wrong,” Gordon said. “Even with a huge operations manual that lays out what to say and what to do, you can’t cover everything.”

Gordon called the decision to hold the May 29 training sessions “the most practical way to get word out to all employees, the same way at one time.”

Starbucks has set its own high bar.

Last month, the company claimed it had achieved 100 percent pay equity across gender and race for all its U.S. employees and committed to doing the same for its overseas operations, an initiative publicly backed by equality activist Billie Jean King. The company also touts the diversity of its workforce, saying minorities comprise more than 40 percent of its employees in the U.S.

In 2016, Starbucks promised to invest in 15 “underserved” communities across the country, trying to counter an image of a company catering to a mostly white clientele. One of those stores opened in Ferguson, Missouri, the scene of 2014 protests following the police shooting of Michael Brown, one of several such killings that moved Schultz to launch the Race Together campaign.

Gauda, who has developed workplace inclusion strategies for corporate clients, called the bias training initiative “the right thing to do.”

Starbucks said the curriculum for the training would be developed with input from several experts, including Bryan Stevenson, founder and executive director of the Equal Justice Initiative, Sherrilyn Ifill, president and director-counsel of the NAACP Legal Defense and Education Fund and former U.S. Attorney General Eric Holder.

The company said the educational materials would eventually be shared with its licensed stores. In addition to the company-owned stores, Starbucks had as of January about 5,700 licensed stores in the United States, such as the ones inside Target and Barnes & Noble stores.

Gauda and other corporate communications experts said they were impressed with Johnson’s hands-on approach to the crisis.

“I definitely applaud that. Most people won’t jump on the bomb,” said M.J. McCallum, vice president and creative director of Muse Communications, an advertising and communications agency with an African-American focus.

“As far as the company’s initiative to rectify this situation by closing all stores for racial bias education training, it’s a positive start,” McCallum said. “It may also inspire other companies to do the same.”

“But the question is, how can Starbucks have this program and not have it be viewed as “Training people on how to deal with black people?”

He said the training should be aimed broadly to “make sure that you are respectful to everyone’s culture. First, just be good people.”