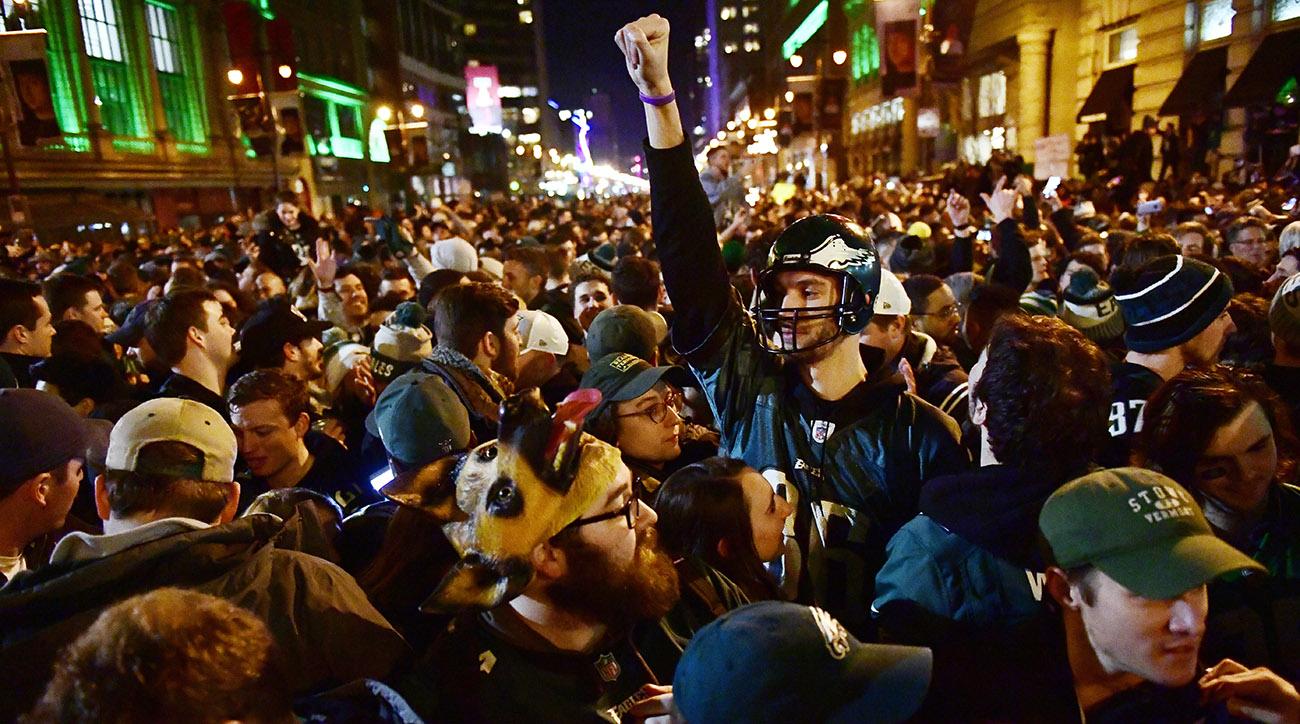 Soaring to Possibility Beyond the Bowl

By POWER InterfaithFebruary 12, 2018No Comments

Home » Soaring to Possibility Beyond the Bowl

When the football hit the ground and the clock showed zero, joy erupted across the city. We did it. Neighbors and strangers flooded the streets to embrace as one. The Birds won the Bowl.

As a lifelong fan, I managed to jump with glee while standing still, astonished. I could not believe the feat at hand. But in the midst of disbelief I saw the expression on my four-year-old daughter’s face and at that moment, it became real. Her excitement and belief in what’s possible was evident. I’ve seen this same expression on the festive faces of fellow Philadelphians all week.

This is an important moment for our city.  Regardless of whether or not you are a fan of football (yes, we need to seriously discuss the issues of CTE, domestic violence, and tacit disdain for player’s speaking their mind), the Super Bowl victory marks a change in the spirit and psyche of the city.  This is something to celebrate. For too long, we have been limited by our contradictions, our failure to see the possible.

We witness this in our famous films, from Rocky in 1976 to Creed in 2015. Sure, our favorite sons won, but the background always depicts the story of struggle, despair, and limitation.   We are a proud city, but full of self-doubt. We are a hard-working people, yet suffer the highest poverty and unemployment rates across the country.  We are the first city to legislate against slavery, but yet suffer horrendous legacies of structural racism.

In all of this, the Eagles are a true reflection of our spirit and psyche.  For good or for worse, this City bleeds green. For the last 57 years, we have held the highest hope that “this will be the year for the Eagles”, while simultaneously preparing for the worst. But this year, for the first time, in a long while, the Eagles truly embraced the City’s underdog grit and the famous expression, “City of brotherly love [and sisterly affection].”

All-pro Center, Jason Kelce, in his epic celebration speech said it best, we always have been a city of underdogs, overlooked and spurned. This year, the Eagles and Philadelphians embraced each other, their role as underdogs, and achieved the impossible. Here are just a few examples. Players like Malcolm Jenkins, Torrey Smith, and Chris Long not only played well, but withstood national (and Presidential) criticism for standing up for racial justice in every game. They took that stand one step further by going to Harrisburg to lobby for the end of cash bail.  Lane Johnson donated proceeds of his “underdog” shirts (totaling over $100,000 in 2 weeks) to the Philly public schools and went one step further, challenging the NFL to do the same. Nick Foles and Doug Pederson were seen as cast-offs, but found themselves calling the plays, carrying the fate of the team, and expressed trust in God as they barreled towards a Super Bowl win.

And for us at POWER, through ups and downs in seasons long-time fought, we just witnessed and participated in a year where Philadelphians put their faith in humanity and justice and took it one step further towards possibility. Together, we stood up for Sanctuary, pushed City Council to pass a resolution abolishing cash bail, and won local control of our schools.

It is no coincidence that this all happened in the same year. This Eagles team reflected the best of Philadelphia and showed us hope in achieving the impossible. This is a tipping point for our City.  We have not seen such possibility in quite some time, frankly before most of us were alive. We need to hold onto this moment as a reminder of what’s possible. As the win fades, we cannot forget our embrace of each other in the street the night of the Super Bowl or on parade day. And the second we begin to stumble in our contradictions, we must remember the game and those we were with, in an effort to transform our qualm into a bold hope in possibilities.