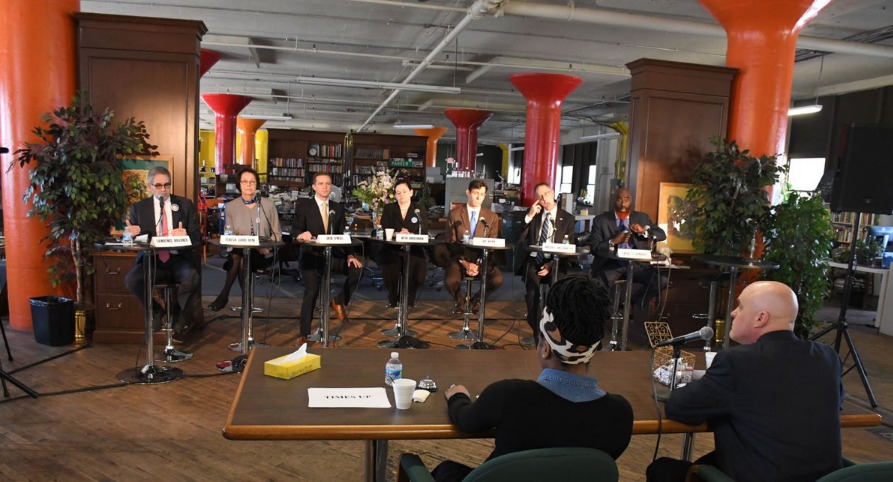 Residents most impacted by D.A. election least likely to vote in it

By POWER InterfaithApril 18, 2017No Comments

Home » Residents most impacted by D.A. election least likely to vote in it

BY: LAYLA A JONES

Many wanted to end cash bail, reform how officials handle drug offenses and fix mass incarceration. But the demographic of residents who stood to be impacted most by D.A. policies -young, low-income people of color- were among the least represented.

The forum, and other events like it, demonstrated a crucial disconnect between an unusually progressive pool of D.A. candidates and the Philadelphians who need that progression.

Neighborhoods with the lowest rates of voter turnout in elections for District Attorney include North Philadelphia neighborhoods like Hunting Park, Fairhill and the South Philly Grays Ferry neighborhood. These neighborhoods are primarily African-American and Latino, low-income and younger on average than the rest of the city.

At the same time, according to a 2010 study by Pew Charitable Trusts on Philadelphia’s prison system, Black males between 18 and 29 years old make up more than half of the daily jail population.

“There’s possibly 300,000 ex-offenders walking the streets of Philadelphia …” notes Colwin Williams, a formerly incarcerated CeaseFire Philadelphia employee who attended the March forum. “Then you’ve got another untapped demographic which is the youth — the 18-to-19-year-olds coming out of school. And they haven’t really been tapped into, and the people know the opportunity is there, it’s realized.”

So, why are the groups that are most affected by the city’s criminal justice policies the least like to vote and try to influence them?

“I think it’s about, honestly, politics as usual for the most part,” he said.

The Black voter demographic and specifically the Black, social justice community, has thrown their support primarily behind two candidates.

Organizers including Black Lives Matter Movement Pennsylvania’s Asa Khalif and other organizations have endorsed civil rights attorney Larry Krasner. Former assistant district attorney Joe Khan has earned Kenyatta’s support, along with the support of the National Organization for Women of which Kenyatta is a part.

Khan pointed to his consistency and policies with wide-ranging appeal when asked about community outreach during a Philadelphia Tribune editorial board.

“When I talk about the need to have a different bail system, yes there’s no question that people of color are disproportionately impacted by our current bail system, but people of all neighborhoods understand that we should have a bail system that’s fair,” Khan said. “I think a lot of this is consciousness raising.”

A political action committee for formerly incarcerated people called The BLOC Party endorsed Krasner and tried to throw him an actual block party in Philadelphia featuring rapper Freeway among others, spreading word about the candidate among young, Black potential voters.

Every candidate will have another chance to plead their case to the public at the #DecarcerateDA forum on Tuesday at Arch Street Methodist Church, 55 N Broad St. The forum is hosted by several social justice groups including Philadelphians Organized to Witness Empower and Rebuild (POWER) and Color of Change.

Kenyatta offered the D.A. candidates simple advice on how to reach the voter demographic most integral to their political success.

“You have to actually go there,” he said. “You got to go. You got to talk to people.”