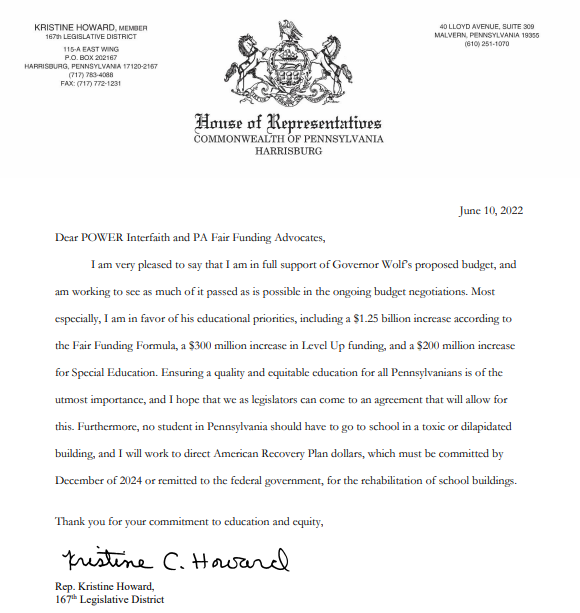 By POWER InterfaithJune 15, 2022No Comments

Thank you to Rep. Kristine Howard (PA 167th). For unambiguously stating her support for POWER’s position concerning Gov. Wolf’s state budget proposal for schools. Rep Howard represents parts of Chester County including the townships of Charlestown, Easttown, East Whiteland, West Pikeland, West Whiteland and Willistown and the BOROUGH of Malvern. POWER’s Education Justice Campaign is going all-out to tell all PA legislators that there are NO MORE EXCUSES! WE HAVE THE MONEY to eliminate all structural racism in the funding of PA public schools. The governor’s budget proposal is a step in that direction. Specifically POWER supports –

We are asking everyone to call all legislators and the governor to not compromise. Budget negotiations are expected to conclude June 30.