Pennsylvania is currently one of only three states in the U.S. that does not use a formula to determine how to distribute funding to its school districts.  This lack of a funding formula raises questions about potential biases in the allocation of funding to districts.  An analysis of enrollment, demographics, and basic education funding of Pennsylvania’s 501 public school districts reveals dramatically higher per-student funding in districts with predominantly white populations compared to economically similar districts with more racial diversity.

Although Pennsylvania currently has no set formula that determines how its Basic Education Funding (BEF) is distributed among its districts, in general the state appropriately provides more funding per student to poorer districts than richer ones, reflecting the higher cost of educating poorer students, and the lower capacity to generate local school funding in poorer districts. 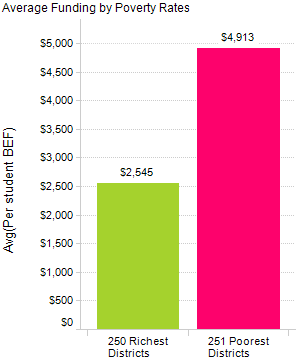 Figure 1.  The green (red) bar shows the average per-student BEF funding for districts whose percentage of students eligible for free or reduced cost lunch is below (above) the cross-district median of 40%.

But there is considerable variability in the Basic Education Funding (BEF) each district receives as a function of poverty: 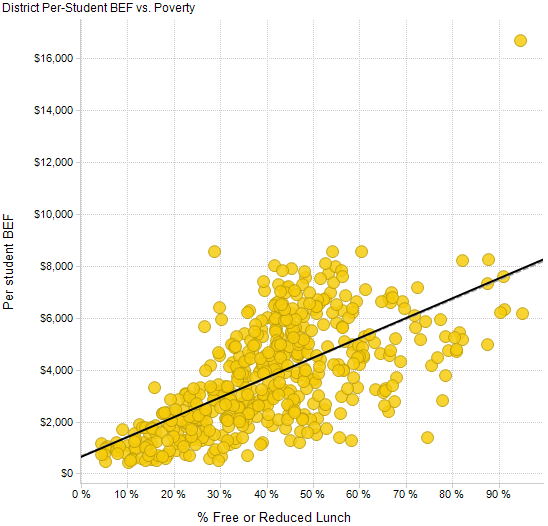 Figure 2.  Per-student BEF funding as a function of poverty, as defined by the percentage of students eligible for free or reduced cost lunch.  The black line is a best-fit regression line, R = 0.64, p < .0001.

There are numerous factors that influence per-student funding other than poverty.  The diagonal black line represents the expected funding of a district based solely on poverty.  Districts above the line are receiving more than expected per-student for their level of poverty, and districts below the line are receiving less than expected.  A striking pattern emerges when we color the districts by the racial composition of their students: 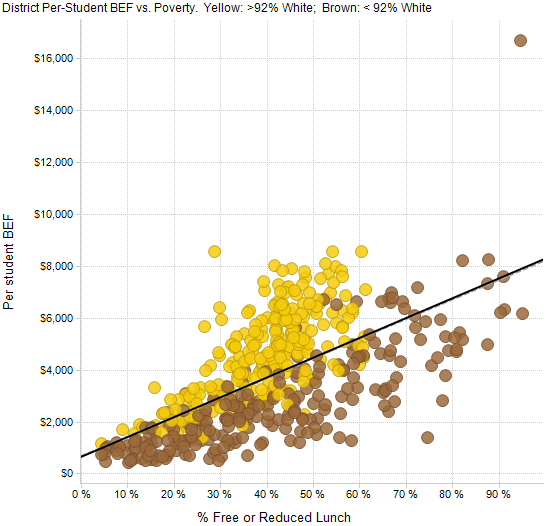 Figure 3.  Identical to Figure 2, but with each district colored according to whether its percentage of white students is above (yellow) or below (brown) the median percentage (92%) across all districts.

Alternatively, we can color the districts in continuous shades from black to white based on their percentage of white students: 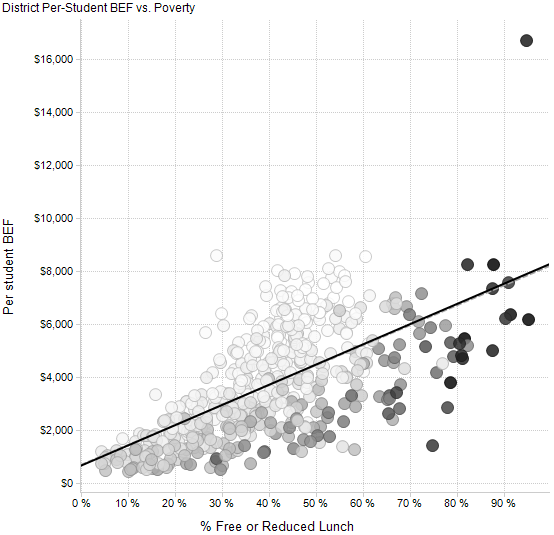 Figure 4.  Identical to Figure 2, but with each district colored according to its percentage of white students from 0 (black dots) to 100 (white dots).

The dots tend to be darker the further they are below the line, representing funding that decreases as the percentage of minority students increases. Another way to view this racial disparity is by looking at the average per-student funding for districts within specific ranges of poverty levels: 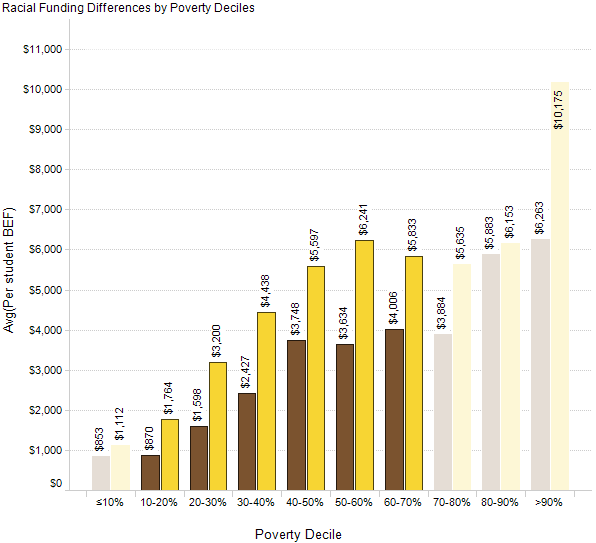 Figure 5.  Brown (yellow) bars show the average per-student BEF funding for districts whose percentage of white students is below (above) the median for that poverty range (based on percentage of students eligible for free or reduced cost lunch).  The faded bars represent poverty deciles that have fewer than 30 districts, so the statistics are less reliable for those deciles.

This same pattern of racial disparity in funding is also observed when other measures of district wealth are used instead of the percentage of students on free or reduced cost lunch, such as aid ratios (based on property market value and/or personal income).  For example, the following graph shows per-student BEF as a function of the MV/PI Aid Ratio, a state-computed value that represents the relative wealth (market value and income), in relation to the state average, for each pupil in a school district: 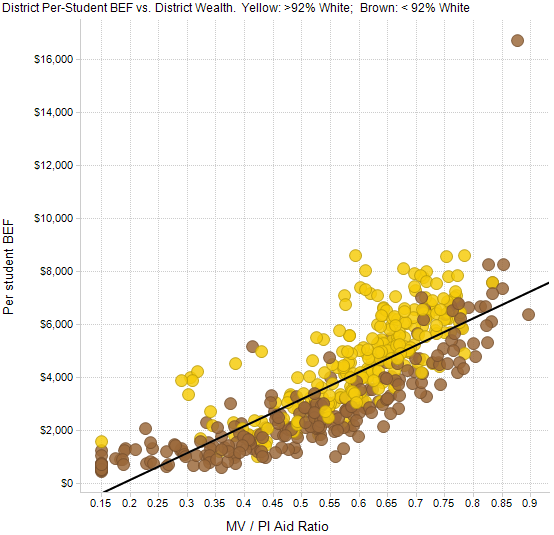 Figure 6.  Per-student BEF funding as a function of district wealth, as defined by the MV/PI Aid Ratio.  The black line is a best-fit regression line, R = 0.80, p < .0001.  Each district is colored according to whether its percentage of white students is above (yellow) or below (brown) the median percentage (92%) across all districts.

The strong correlation depicted in the graph reflects the fact that the state’s Basic Education Funding provides higher per-student funding to districts that have less capacity to raise local funds (as measured by a combination of property values and personal income).  Yet as in Figure 3, we observe that most points above the line are yellow, representing mostly white districts that receive higher funding than expected based on district wealth, and most points below the graph are brown, representing higher percentage minority districts that receive lower than expected funding.