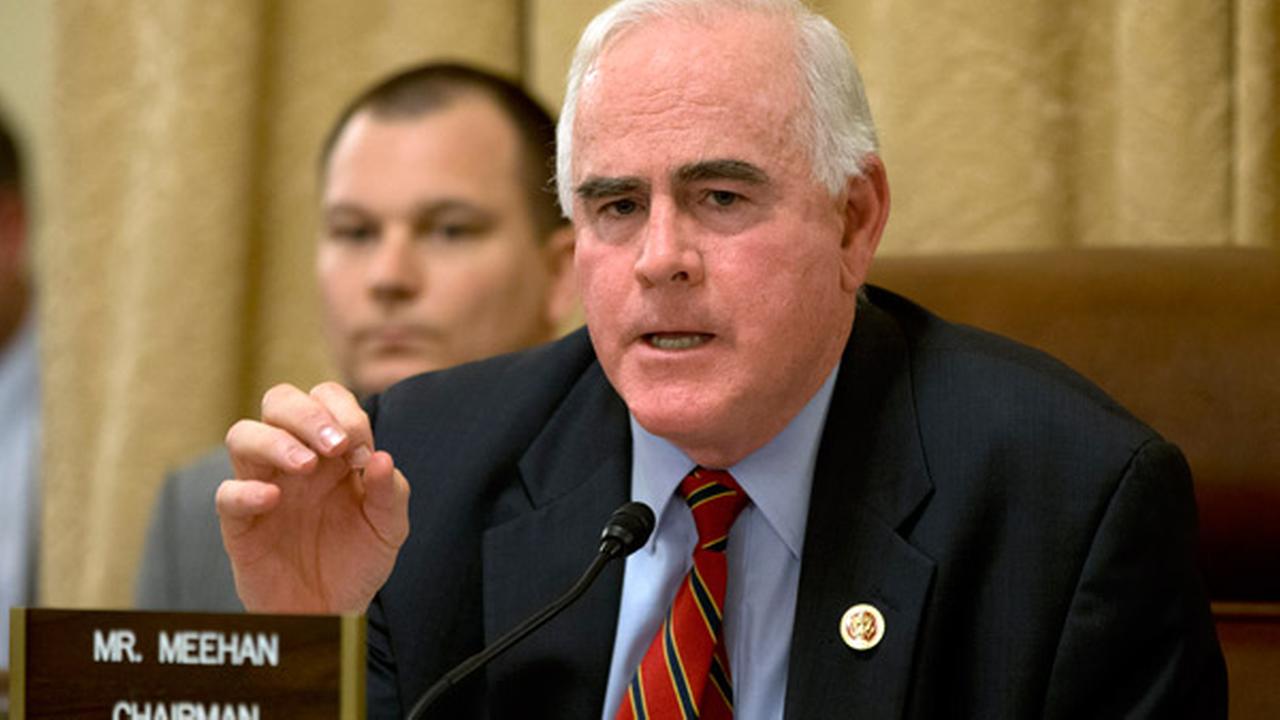 SPRINGFIELD >> Sidewalk rallies on Sproul Road outside of U.S. Rep. Pat Meehan’s, R-7, office have become routine, and Monday was no exception. With the current proposed health care legislation — the Graham-Cassidy bill — in the Senate, reportedly balancing on one more Republican “no vote,” as of Monday afternoon, local residents made sure their presence was felt.

A group of about two dozen individuals gathered, wanting to make sure Meehan knows where they stand — squarely against proposals crafted by the Republicans. Cuts to Medicaid were high on the list of concerns.

“We must take care of our brothers and sisters. Health care is a moral issue, and we should stand up for everyone,” said Dwayne Mosier, who pastors a church in Norristown.

Lydia Munoz, an elder in a Kennett Square church and resident of Drexel Hill, came at the matter from two sides.

“Every Sunday I listen to stories from my community, and they are scared. If I am responsible to pay my taxes, I hold the federal government responsible to care for my community’s health,” said Munoz, adding her concerns were also about her daughter who has developmental disabilities and receives support and resources via Medicaid.

It was also personal for Jenn Hallam of Havertown, who has been at Meehan’s office for previous rallies.

“I’ve been a freelancer for a decade and a half, and always an independent payer for health care. The ACA (Affordable Care Act) was a lifesaver for me when I was able to get affordable, quality care through insurance,” said Hallam. “There may be problems with ACA that need to be fixed, but parts of it are working. It’s scary to me to throw it all away.”

Others attacked the issue by the numbers. Sam Flint studies health care as an economic issue and called it a matter of “dollars and sense.”

“The legislation is a cost shift from federal to state, healthy to sick, old to young, blue states to red states. Pennsylvania will lose $11 billion in health care revenue,” Flint said, noting the Congressional Budget Office has not yet released an economic analysis.

“The block grants to states are a joke,” added Joel Esterman of Havertown. “The state can do whatever it wants with the grant.”

Wendell Royster looked at the issue from his position as an official with the SEIU, a union which represents nursing home workers. Proposed cuts would mean the loss of 75,000 jobs in that field, Royster said flatly.

“It’s hard to believe America is supposed to have the best health care system in the world, but it seems only available to people with good jobs,” said Anne Kybert of Haverford. She contrasts that with her native England, which has a single-payer health care system. “There should be something better. Health care should be a right.”

Those gathered dropped off comment postcards for Meehan, who was in Washington, D.C.

Meehan’s Press Secretary John Elizandro, replied to the request for comment about the legislation. “Rep. Meehan is in the process of reviewing it with our staff, listening to input from his constituents, and awaiting any possible amendment process in the Senate to see what form the legislation will actually take, should it be considered by the House.”

As of Monday night, it had been reported that Maine Sen. Susan Collins would join fellow Republicans John McCain of Arizona and Rand Paul of Kentucky in opposing of the bill. With the other side of the aisle all voting ‘no,’ the latest attempt at health care reform appeared likely to be met with defeat.