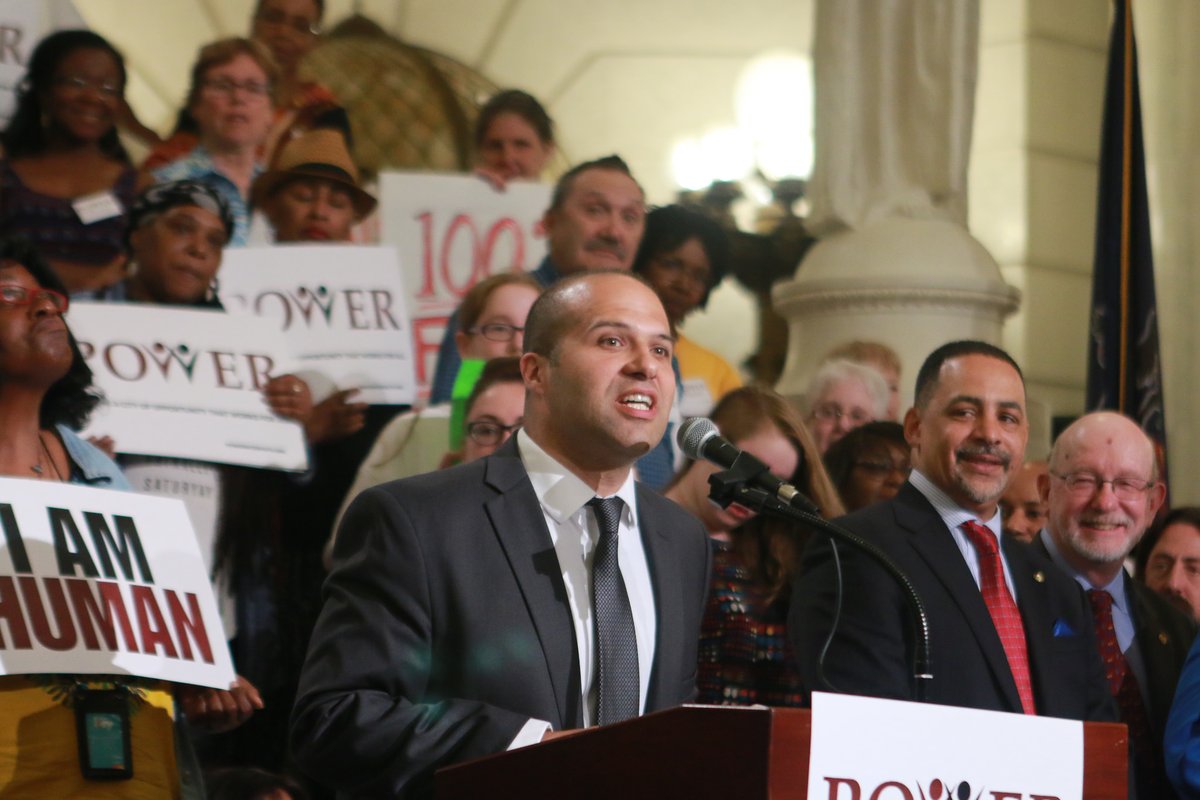 By POWER InterfaithJune 22, 2018 No Comments

One day before the Pennsylvania General Assembly adopted its $32.7 billion budget, and one day after local parents and school officials rallied in Harrisburg for the fair school funding that budget does not contain, the Pottstown School Board adopted a $62.7 million budget that will raise taxes by 3.5 percent.

The school board’s vote Thursday was unanimous and marked by expressions of regret that after three straight years of holding the line on taxes, the board had little choice given the failure of legislators to provide the extra $13 million the state’s barely-used fair funding formula says Pottstown is owed; and the $1 million hole punched into the budget by the removal of Pottstown Hospital from the tax rolls.

“I am so disappointed in Tower Health, the hospital owner,” said board member Bonita Barnhill. “I owe my life to that hospital, but to see them come to this community and expect us to support them and not participate in this community is very disheartening.”

“It’s more than just numbers. You’re talking about money needed for health care and medicine needed by our citizens,” said board member Katina Bearden. “If there was another way to support our children we would do it, but it seems Tower Health will not be dependable, reliable for that tax base line.”

The school board and administration, she said, have to take the position that, “while advocating for change, it may get worse before it gets better.”

That advocacy has become louder and more frequent in the past year, culminating Wednesday in a trip to Harrisburg with the religious advocacy group POWER.

POWER, which gathered more than 400 clergy, students, parents, school board members, activists and administrators to its “100% Funding Day of Action” rally at the capitol Wednesday, calls Pennsylvania’s unequal distribution of state education money — recognized as the worst in the nation and shown by several studies to be more unfair to minority communities — “educational apartheid.”

Among those rallying were school board members Kim Stilwell, Emanuel Wilkerson and John Armato, as well as Schools Superintendent Stephen Rodriguez, whose speech to the crowd, Wilkerson said, was inspiring.

“I was brought up in the Baptist church and Mr. Rodriguez brought the fire,” said Wilkerson. “You can’t watch the video of that speech and not get goose bumps.”

Drawing from another great American orator, Rodriguez quoted the Rev. Dr. Martin Luther King Jr. by saying “the time is always right to do what is right and providing for fair and equitable funding for our students regardless of their race, their economic status or their zip code is what’s right.”

“I want Harrisburg to know I am tired of better funded schools, picking off our best teachers because we don’t have enough money to pay them,” said Rodriguez.

In addition to the budget vote, Thursday’s meeting included the resignation of three teachers, two administrators and one building principal, including Rupert Elementary teacher Britney Oxenford who was that building’s teacher of the year.

“We don’t lack knowledge about this problem. We don’t lack solutions” to unfair funding Rodriguez told the crowd.

“Our legislature has already recognized the problem and adopted a way to fix it. We have a formula in place that we know would equitably address the problems of 135 school districts that are under-funded across the Commonwealth,” Rodriguez said.

“And we don’t lack for legislative language,” he said. “The only thing we lack is the political will to get it done.”

Pottstown’s three state politicians — Rep. Tom Quigley, R-146th Dist., Rep. Tim Hennessey, R-26th Dist., and Sen. Bob Mensch, R-24th Dist., all three of whom are running for reelection this fall — have this year attempted to get something done.

They have all signed on to a bill being championed by the activist group Equity First, that would speed up the pace at which state education funding is directed to underfunded schools.

Stilwell said she reluctantly supports this approach only because it is probably the most politically realistic. “Otherwise getting dribs and drabs of it like we do now just means more of the same for the 20 more years.”

Thursday night, the board unanimously adopted a resolution supporting the bills Quigley, Hennessey and Mensch are proposing.

Had that bill been in place Friday, it would have required that 75 percent of the budget’s additional $413 million in education dollars be distributed according to the fair school funding formula and Pottstown would have received about $3 million in additional state aid — more than enough to close the budget gap without raising local taxes.

As it is, according to information provided by Quigley, Pottstown may see as much as $895,000 additional dollars total as a result of the state budget, which Gov. Tom Wolf is expected to sign.

It was unclear Friday whether that additional state funding can be used to reduce the tax hike included in the local budget adopted Thursday night.

In a press release issued Thursday after the passage of the bill in House, Quigley said “this budget truly supports educational opportunities at all levels, from pre-K to high education,” he said.

But for the school board members Thursday, what weighed most heavily was the local impact of what they all agreed is Pennsylvania’s broken education funding system.

“This is the first time I am sitting at this table and I am feeling the gravity of what this means,” said Armato, who had just cast his first budget vote as an elected official. “No one is happy to see their taxes increase and no one at this table is happy to cast that vote. This weighs very heavily on me.”

For a home assessed at $78,890 — the borough median — the new schools budget means a $98.56 tax hike for those properties which have been registered for the homestead exemption tax relief.