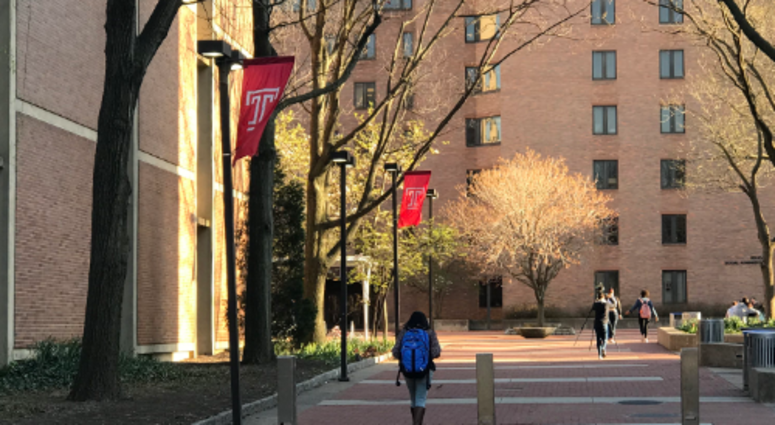 Plans for Temple’s proposed football stadium on hold, but not off the table

Temple’s current two-year lease extension at Lincoln Financial Field expires at the end of the 2019 football season, but the university remains silent on where their football team will play after that.

“We’re hearing really just the stuff that’s being reported in the media,” said Rev. Gregory Holston, who leads POWER, one of the several organizations fighting against the stadium being built in a North Philadelphia neighborhood.

“We need to hear from them directly. We continue to leave the standing invitation for Temple officials to talk with us and talk at our community gatherings,” he said.

Holston says they are concerned that the university’s silence means they are still planning to build the stadium, which is why they’re meeting in solidarity on Tuesday.

City Council President Darrell Clarke has maintained that he is not supporting any stadium proposal by the university because they have not gathered the community support.

“From the council’s perspective, Temple has not met that goal, i.e. getting the local community to entertain it. To this day we haven’t seen a single person willing to publicly stand up and support it,” he said.

The University’s paper reported last week that officials plan to negotiate a lease extension for the Lincoln Financial Field with the Eagles.

Temple University would not comment on the details of those plans.

A town meeting sponsored by the No Stadium No Deal Coalition will be held Tuesday at 6 p.m. at the George Washington Carver High School of Engineering and Science, located at 16th and Norris streets.

Sign the petition to tell the Pennsylvania General Assembly that you support raising the wage in PA! SUPPORT RAISING THE MINIMUM WAGE IN PA