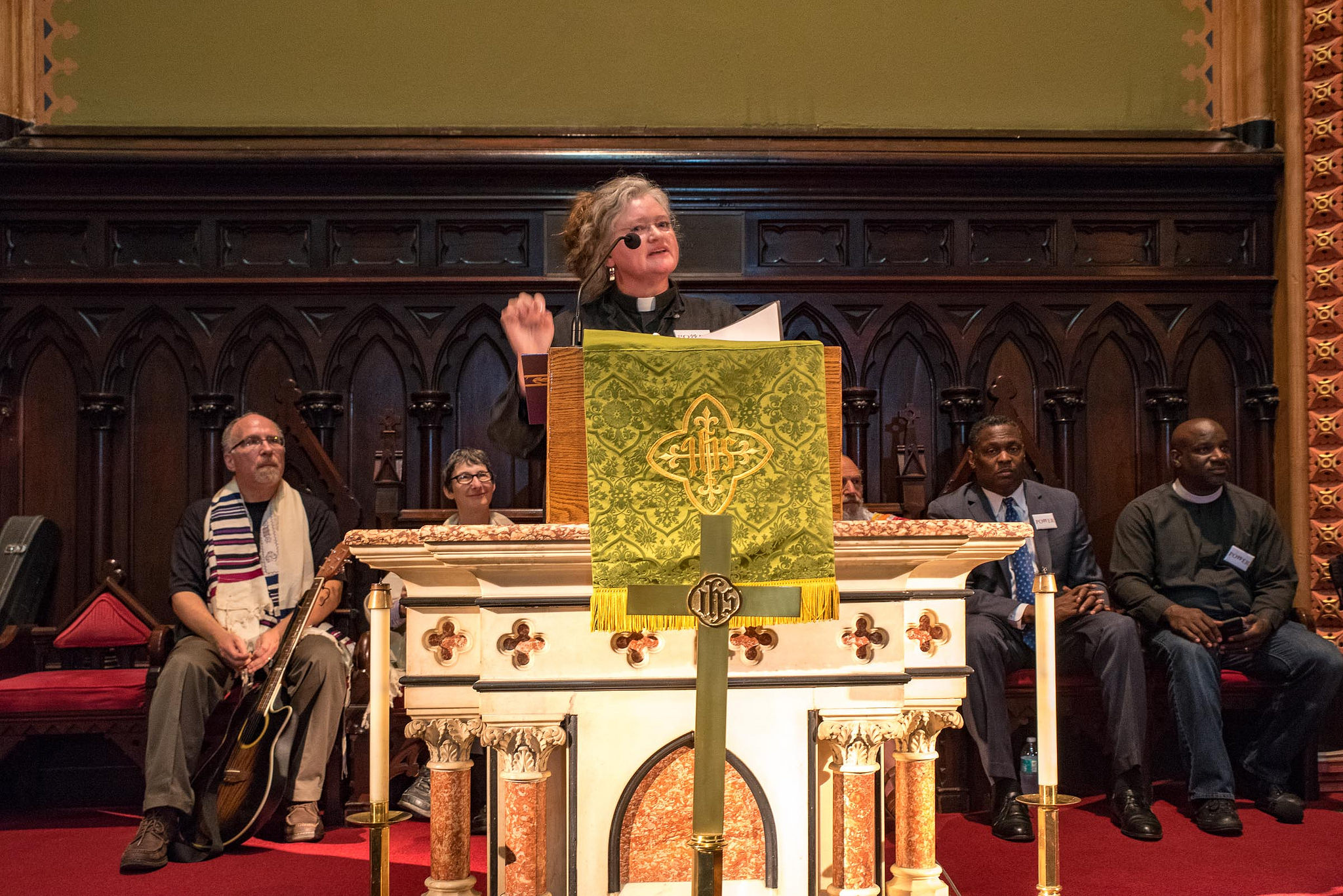 One of the rallying cries of the white supremacists in Charlottesville was “You will not replace us.”

First of all, many of you and people like you with experience in public action have created much more savvy, witty, and rhythmically-compelling demonstration chants and songs. Poets, these guys are not.

More importantly, of course, is the intention behind this. White supremacists, not only in Charlottesville, but around the country in all its nooks and crannies, believe they are being sidelined and left behind. They believe that no matter what is happening in our economy or in the world, their skin color alone should protect them and ensure that they always get the biggest slice of the pie.

This country was founded on the genocide of one people and the enslavement of another. Race was actually created as a way to divide and separate poor whites and immigrants from slaves and former slaves. Were they to band together in common cause, the wealthy elites would not have stood a chance.

Divide and conquer is the age-old strategy to ensure that wealth and power remain concentrated in the hands of a few.

“You will not replace us,” they hollered at people of color, Muslims, LGBTQIA queer folk, and Jews.

I am here as a white, temporarily able-bodied (somewhat – my very new hip and I are still getting acquainted), bisexual cisgender woman, and Christian pastor. And I know this – each of us – every one of us in this room and in this country – is irreplaceable. All our religious traditions affirm that human beings are sacred, created in the image of the Holy. Each of us – no matter who we are – carries within us a divine spark. We are, all of us, irreplaceable.

In one of the most stunning stories in the Christian bible, Jesus shuts down an angry and vindictive group of people ready to stone to death someone in their community who has been deemed dispensable, replaceable, impure, someone who does not belong. He shuts it down.

When the President of the United States deems all Muslims a threat by preventing their entry into this country, he throws another stone.

When he does not express outrage at the desecration of Jewish cemeteries and holy ground, he throws another stone.

When he supports the takeover of sacred indigenous lands for corporate gain, he throws another stone.

When he cripples our nation’s ability to protect our air and water and allows polluters to profit off the lives of those most vulnerable  – people of color, the elderly, and the poor, he throws another stone.

When he renders trans people prepared to fight and die for the country they love a disruption and a burden, he throws another stone.

When he creates and allows policies and laws to be put in place that strip people of their rights, agency over their own bodies, and access to the things that help us all thrive, he throws another stone.

These stones have been thrown by the most powerful person on the planet, giving permission for all the little, angry guys to start throwing them as well. And people are dying.

If we’re not being hit by the stones thrown at others, We’re not standing close enough.

We are here tonight to stand close, to put our bodies in the way of the stones, to shield one another. To shield those at risk. To work for changes in policies and practices in our city and state that will protect all of us and bring us to a day when stones will be used for building up, not beating down.

The only way we can do that is to not allow ourselves to be divided. The biggest fake news story since the Europeans landed on the shores of this land is that some of us belong and some of us don’t.

Every time those who seek to divide us are successful in convincing us that we belong and others don’t, they win. We won’t let them win. We won’t be divided.

Tonight, we affirm together that we are one and that our differences only enhance the beauty of beloved community. We won’t let them win. We won’t be divided.

We commit ourselves to fighting for good education for all our kids, regardless of their zip code. We won’t let them win. We won’t be divided.

We will work to make living wages the norm for all, not the exception for a few. We won’t let them win. We won’t be divided.

We will lean in on the criminal justice system in our city so that all will live free. We won’t let them win. We won’t be divided.

And here and now, we celebrate that all of us – saints, sinners and suckers – are sacred and irreplaceable. We won’t let them win. We won’t be divided.