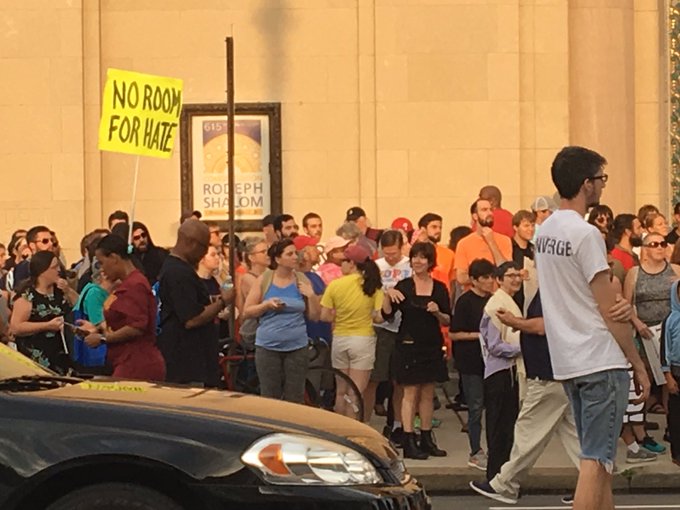 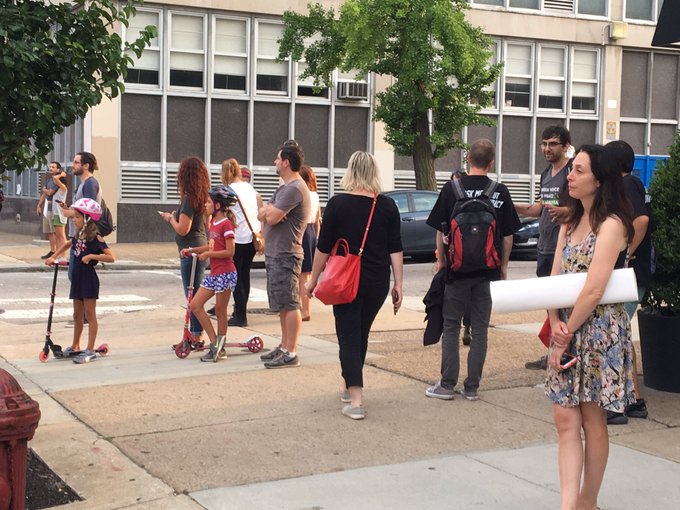 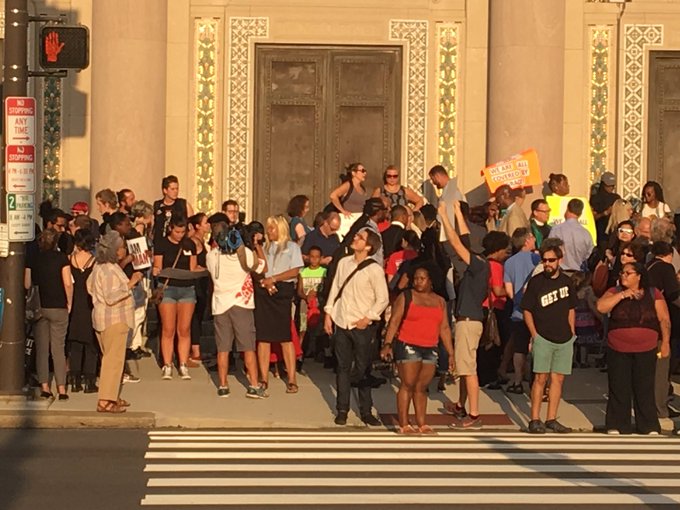 Scores from many races, religions and corners of life took part in the ‘Philly Is Charlottesville’ rally on North Broad around 7 p.m. From a rally to a march, the effort organized by the interfaith group POWER says the goal was to unmask racism around us after violent and deadly clashes with white nationalist groups in Charlottesville.

Hildegard Kent is from Germany and said President Trump blaming both white nationalists and counter protesters for the clashes in Charlottesville made her think of a different time.