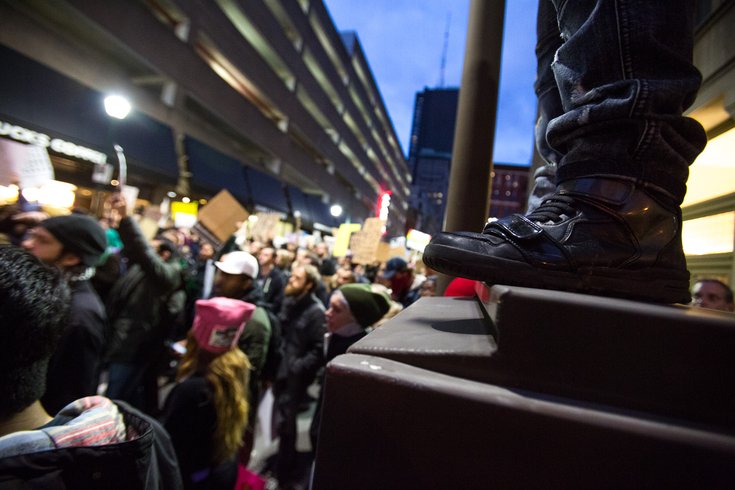 ‘Philly is Charlottesville’ march and rally to be held Wednesday evening

“Philly is Charlottesville March and Rally” is scheduled to take place Wednesday evening following a clash between protesters and counterprotesters during a “Unite the Right” rally that left dozens injured and three dead over the weekend in the small Virginia town.

The event will be held Wednesday from 7 p.m. until 9 p.m. and is set to begin at Congregation Rodeph Shalom Synagogue along Broad Street near Spring Garden Street, according to the Facebook event page. The “Philly is Charlottesville March and Rally” is organized by P.O.W.E.R., Philadelphians Organized to Witness, Empower & Rebuild.

Other social justice organizations, including 215 People’s Alliance, Juntos and Women’s March PA, will join in the efforts. Larry Krasner, a candidate for district attorney, is also set to attend.

“POWER clergy and laity mourn for the freedom fighters injured and killed as they stood against white supremacy this weekend in Charlottesville,” the event’s description reads. “We must make it clear that white supremacy is not just a ‘Southern thing.’ Symbols and systems of white supremacy are also at work in Philadelphia, the birthplace of American democracy. While we applaud the thousands who took to the streets this weekend in solidarity with Charlottesville, we call upon the same persons to march with us to tear down white supremacist structures in Philadelphia and the Commonwealth of Pennsylvania.”

About 2,000 people gathered at Paine’s Plaza for a vigil held earlier this week for Charlottesville victims.

Philly is far from alone in its efforts. Similar vigils and rallies responding to events in Charlottesville have been held across the country, including in New York, Bostonand Chicago.

On Tuesday, President Donald Trump doubled down on comments he made earlier in the week blaming both sides for violence.

A spokesperson for the city said that it does not have a permit on file for Wednesday’s rally, but that Philadelphia police are prepared to attend.