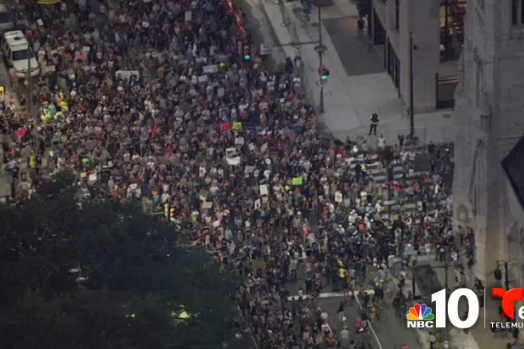 Philadelphia march and rally held in response to a violent weekend in Charlottesville, Virginia drew large crowds and attention to Center City on Wednesday.

Social justice organizations P.O.W.E.R., Philadelphians Organized to Witness, Empower & Rebuild organized the “Philly is Charlottesville March and Rally” in response to a violent clash between protesters and counter-protesters during a “Unite the Right” rally in the small Virginia town that left dozens injured and three dead on Saturday.

According to an earlier PhillyVoice story on Wednesday, 215 People’s Alliance, Juntos and Women’s March PA were also among the organizations set to take part.

According to a Facebook page for the event,, some 2,400 people were “going” and more than 5,700 were “interested.” The rally kicked off at the Congregation Rodeph Shalom Synagogue along Broad Street near Spring Garden Street.

“POWER clergy and laity mourn for the freedom fighters injured and killed as they stood against white supremacy this weekend in Charlottesville,” the event’s description states. “We must make it clear that white supremacy is not just a ‘Southern thing.’ Symbols and systems of white supremacy are also at work in Philadelphia, the birthplace of American democracy. While we applaud the thousands who took to the streets this weekend in solidarity with Charlottesville, we call upon the same persons to march with us to tear down white supremacist structures in Philadelphia and the Commonwealth of Pennsylvania.”

Below are pictures, videos and reactions from the event that began to circulate on social media Wednesday evening below. 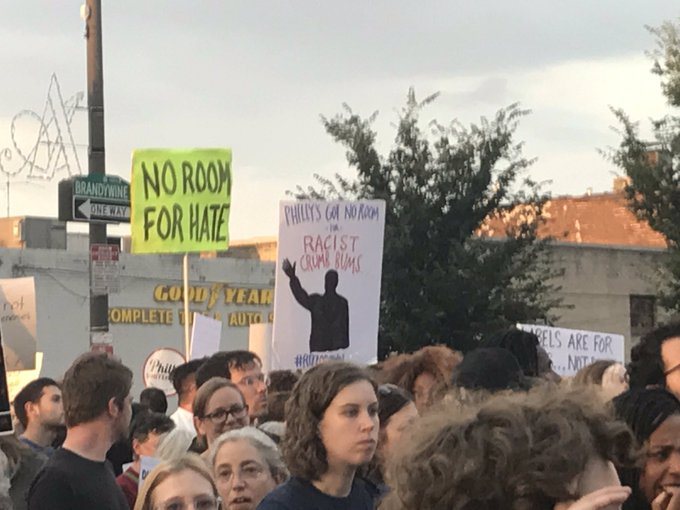 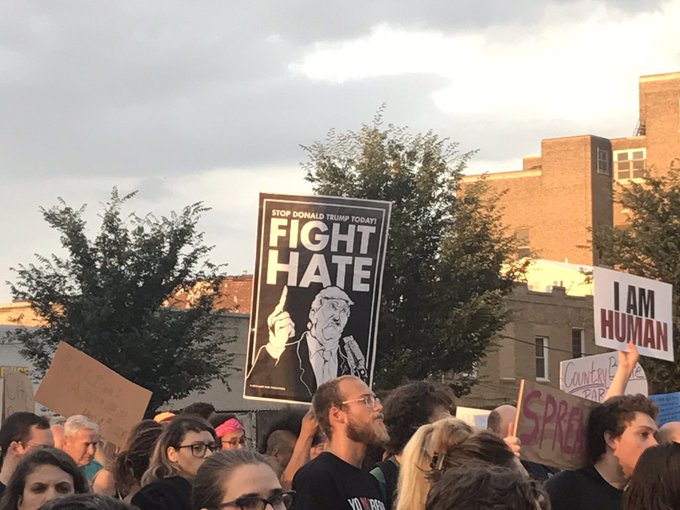 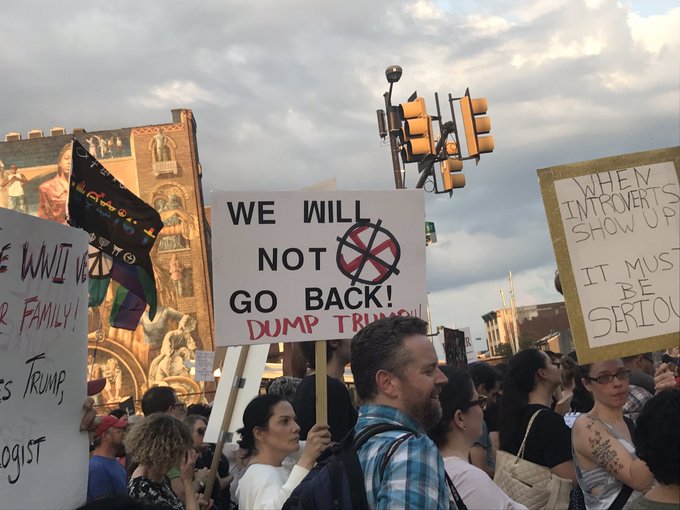 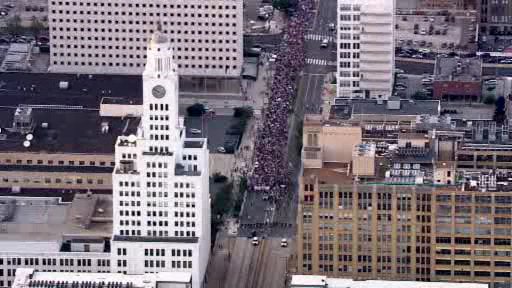 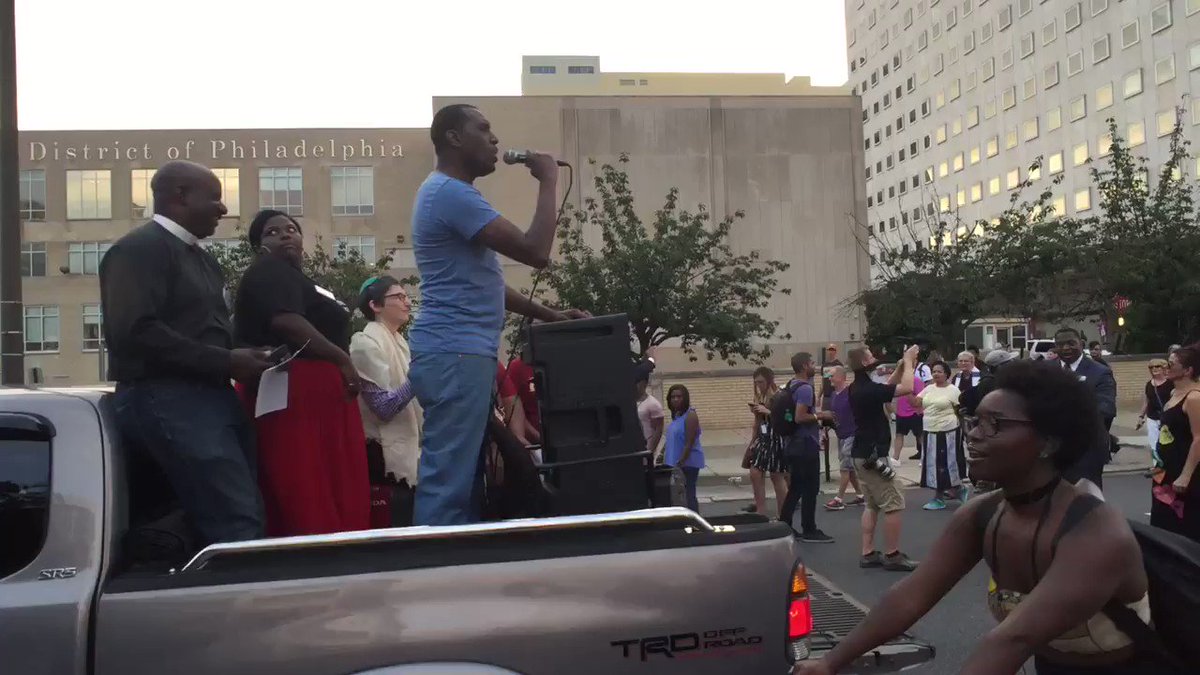 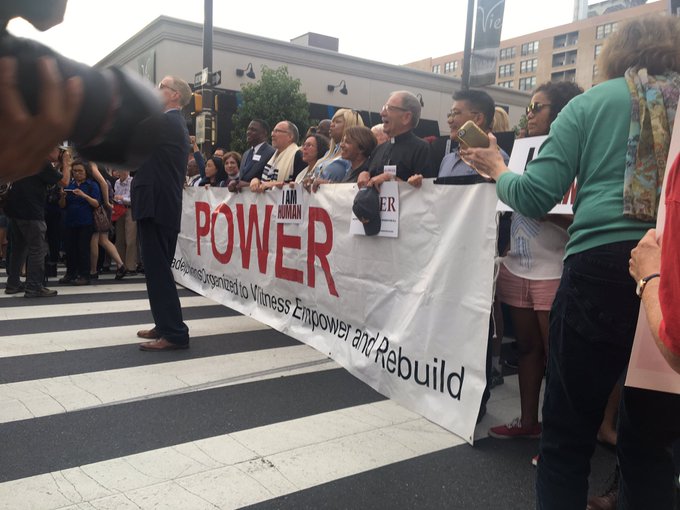 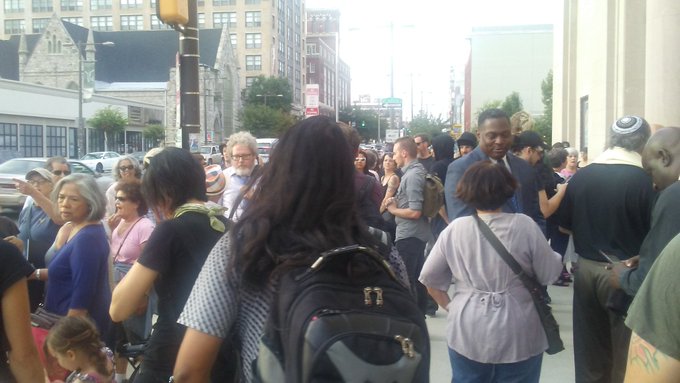 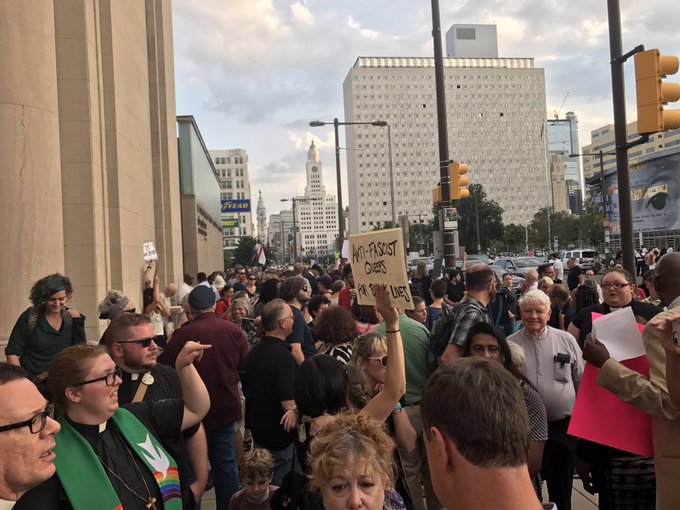 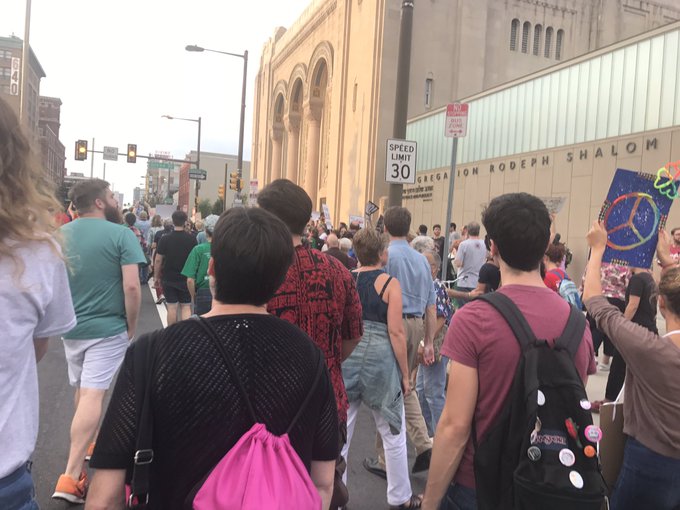 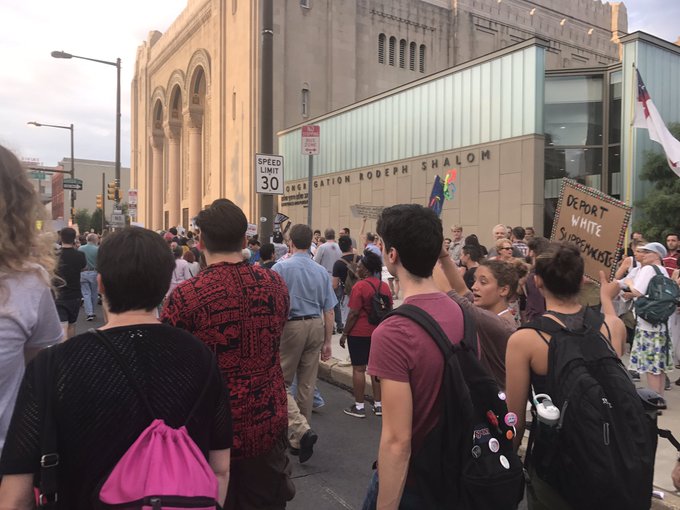 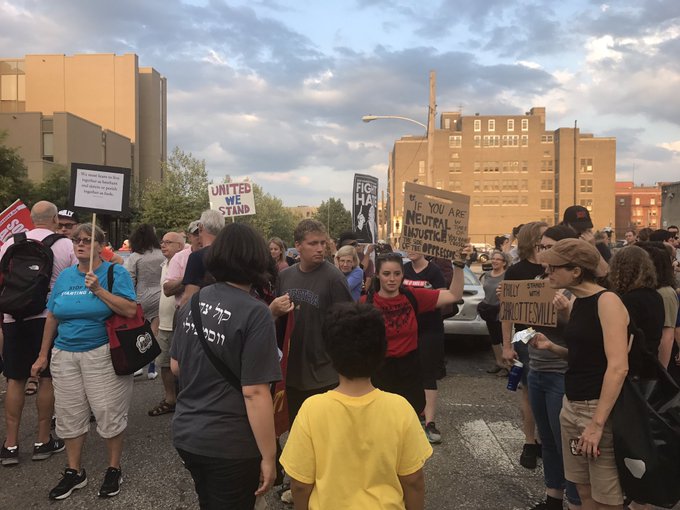 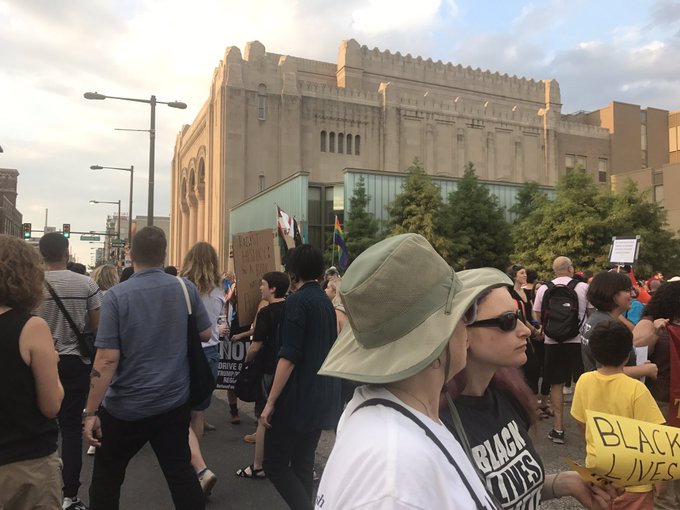 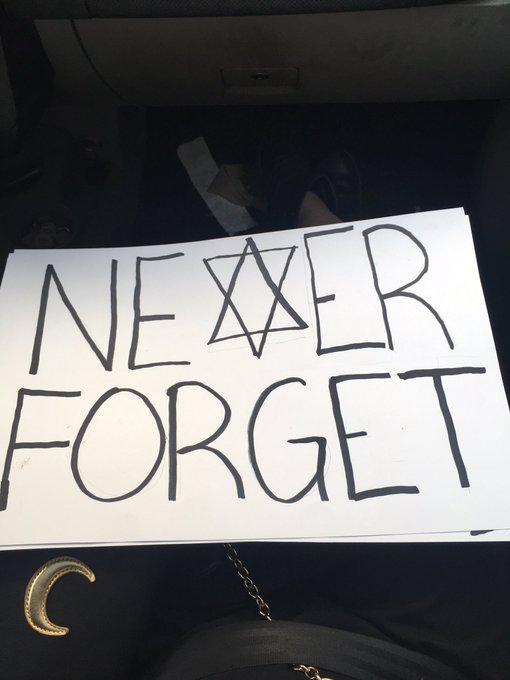 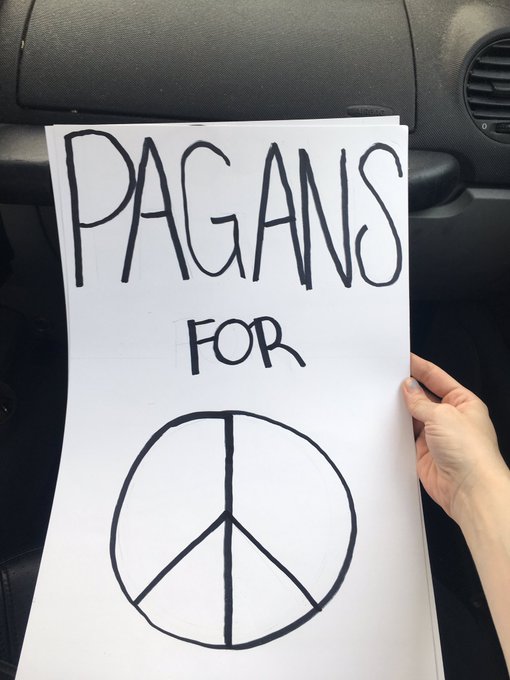 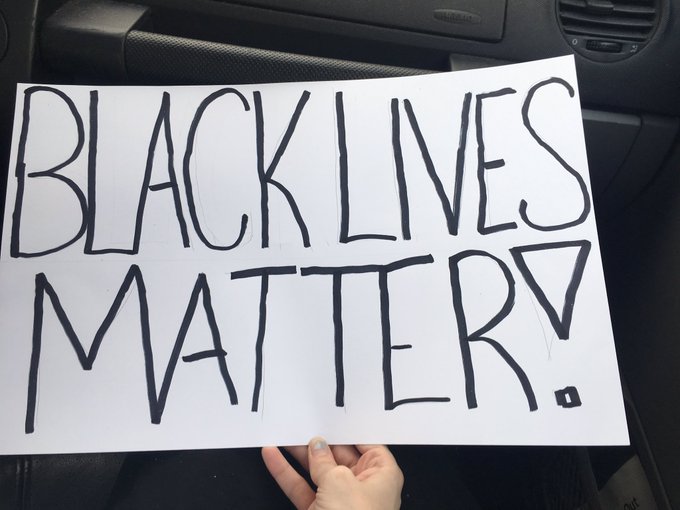 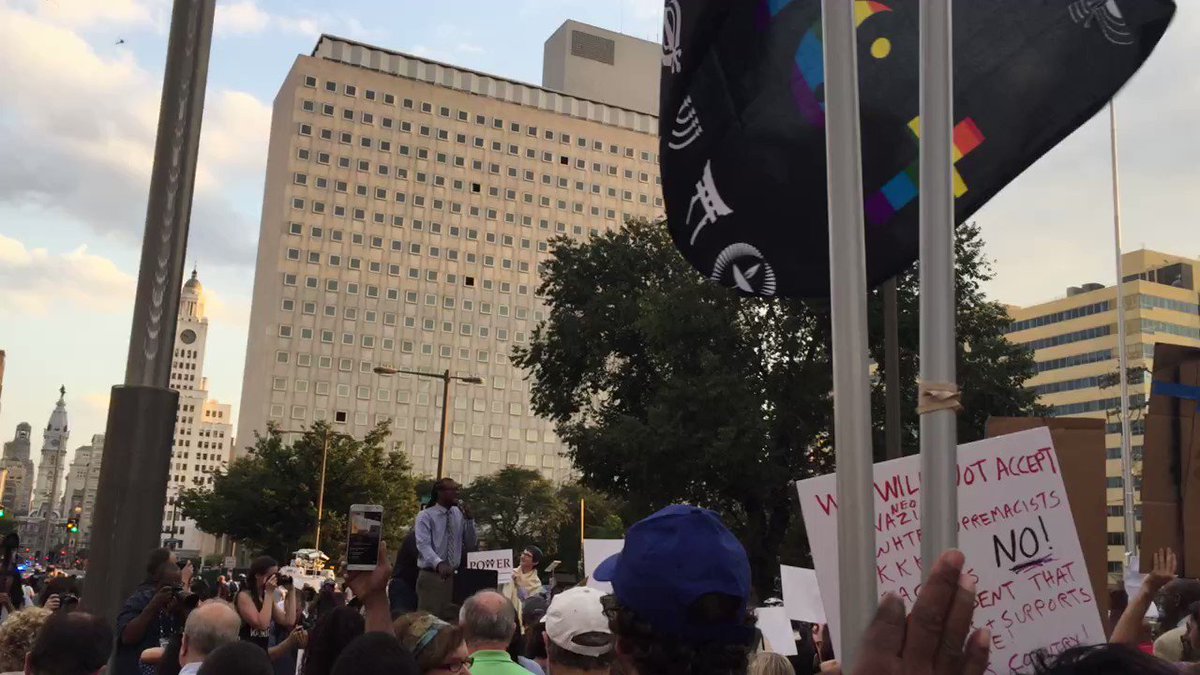