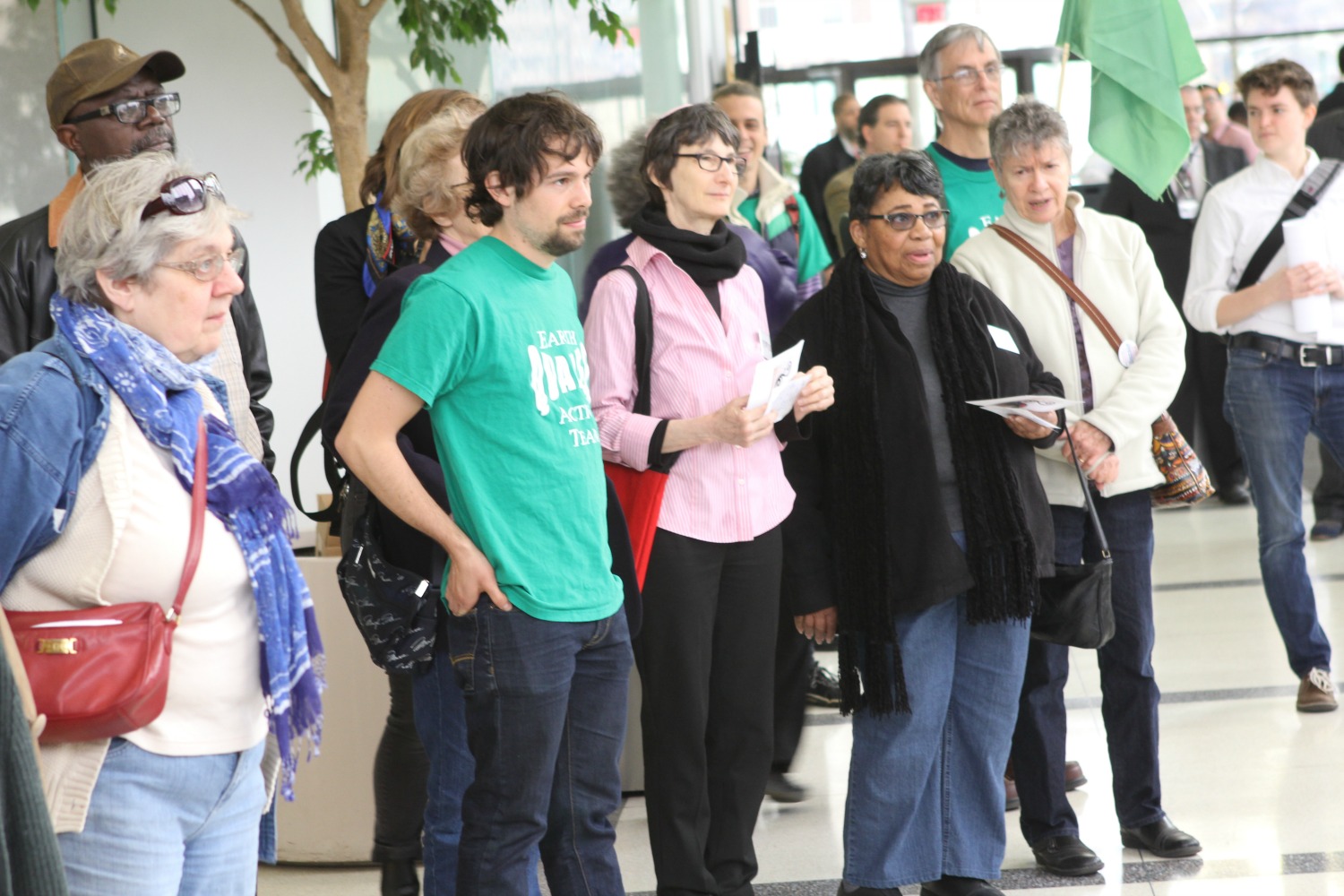 Philadelphia, PA- After 10 months of negotiations with power company executives at PECO (formerly the Philadelphia Electric Company), Earth Quaker Action Team (EQAT) has joined forces with Philadelphians Organized to Witness, Empower and Rebuild (POWER) in a campaign to press PECO to purchase solar power from North Philadelphia rooftops, urging the company to shift its purchasing power from outside sources to job-hungry local communities.

PECO is mandated by Pennsylvania Public Utility Commission to increase its supply of solar energy, but has been unwilling to refute rumors that it will source it out of state. The groups want PECO to purchase solar power from North Philadelphia rooftops and believe that the move will spur much-needed job development and address environmental justice issues in Philadelphia neighborhoods.

“Environmental justice means an economy that works for everyone. We need to create jobs where they are most needed and keep our energy dollars circulating locally. In a neighborhood desperate for jobs, North Philadelphia’s vast acreage of flat rooftops is an asset crying out for development,” said Rabbi Julie Greenberg, a POWER faith leader.

“We know the power of faith to move mountains,” said Eileen Flanagan, Board Chair of EQAT. “We are in this for the long-haul and thrilled that POWER is bringing tens of thousands of concerned citizens into this movement for local green jobs. We can help PECO fulfill its stated commitment to the people of this region.”

Reverend Greg Holston, Co-Chair of POWER’s Economic Dignity Team and National President of OIC of America said, “Some corporations like to claim that they are good neighbors because they distribute charity here and there. We are not here for charity; we are here for justice. These are our energy dollars and we want to invest them in our neighborhoods. PECO can help end poverty in Philadelphia.”

May 2, is the deadline for PECO to respond with a plan to source solar energy and create jobs locally. While a small group of representatives will visit PECO headquarters on that date to hear PECO’s proposal, a large public turnout is planned for May 10, to either celebrate an agreement or to escalate the campaign.

POWER is a multi-faith network throughout Philadelphia and surrounding counties working toward economic dignity, quality education, and racial justice for all. POWER’s sixty congregations meet together monthly to organize campaigns for meaningful policy change. Learn more at www.powerinterfaith.org. Contact: bosueke@powerphiladelphia.org