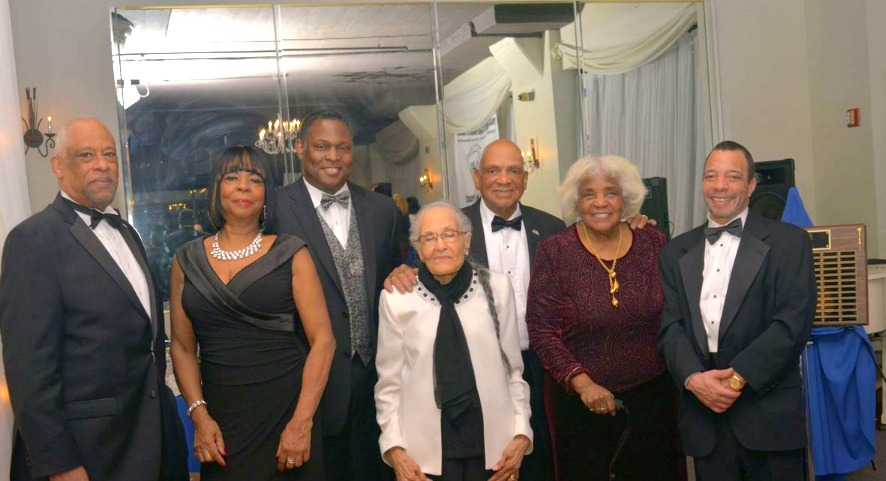 By POWER InterfaithApril 3, 2017No Comments

Seven community activists and leaders were recognized for their work in social justice, education and human services at the “Timeless Pillars of the Community” annual Legacy Awards and Gala celebration, held by the Philadelphia chapter of the National Action Network on March 25.

The black-tie event was held in honor of NAN’s 10th anniversary and in addition to the awards ceremony, included live music, a catered dinner and dance.

“We believe in giving people their flowers while they can still smell them,” said Paula Peebles, who chaired the event. “We look at various social justice aspects, how they’ve affected youth, who’s been active in politics and we look at their activism and how it influences the community.”

Mabel C. Brazington received the distinguished Rev. Al Sharpton Pillar of the Community Award. At 95 years old, she is the oldest member of NAN, which recognized her service to the Philadelphia region for over 70 years that included decades of opinionated contributions to Sharpton’s radio talk show and WURD.

“I feel honored because of who is giving it to me,” said Brazington. “I feel good being a member of anything that promotes what we promote, which is truth and justice for all.”

The Rev. Gregory Holston, executive director of Philadelphians Organized to Witness Empower and Rebuild, received the legacy Social Justice Fighter Award. He was praised for his work in fighting for social justice issues, including a minimum wage increase and against police brutality.

“We are still living in the poorest big city in the nation…[with] the highest incarceration rate of any city in the country. Our schools are underfunded,” he said.

“And we have a greater challenge as they go after our basic civil rights,” Holston added. “It’s more important than ever that we come together. We have to lay all our pettiness aside and work for change in our community.”

Speaking to Black politicians, Holston said he would challenge them to push for important issues.

Madaline Glenn Dunn was awarded the Legacy Drum Major Award for her community activism. Dunn established the West Northwest Coalition and helped organize other neighborhood groups. She also issued a call to action during the awards ceremony.

“I love, love Black people and I will to the day I die,” she said. “I want us to wake up and grow and take advantage of everything God gave you.”

Bill Richardson, a floral designer who received the Legacy Businessman Award, was recognized for “owning a number of businesses throughout the city, in a variety of specialities.”

Dorothy Johnson Speight received the Legacy Community Leadership Award for her service with Mothers in Charge, a violence prevention organization she created after she lost her son to gun violence.

“My son was shot over a parking space,” she said. “It’s sad [Mothers in Charge] has to exist, but it’s important to do the work,” she said.

Frederick Whiten received the Legacy Trailblazer Award. He is the founder of Mentoring Works, Inc., a business that provides “mentoring and life strategy programs for students and adults.”

To close the ceremony, Peebles announced that Dr. Walter P. Lomax, founder of WURD, would be inducted to NAN’s Wall of Honor.

“We will never forget to say his name,” said Peebles. “What would happen to our community if we didn’t have WURD?”

Peebles also received a surprise award from her family during the gala.

Matthew Smith Sr., a deacon and Philadelphia chapter president of NAN, said he was pleased with the turnout as 250 people filled the dining room.

“It showed the special interest in the challenging times in civil rights,” he said. “It’s a daily [issue] with people’s civil rights being trampled on. [But] we remain on the battlefield.”