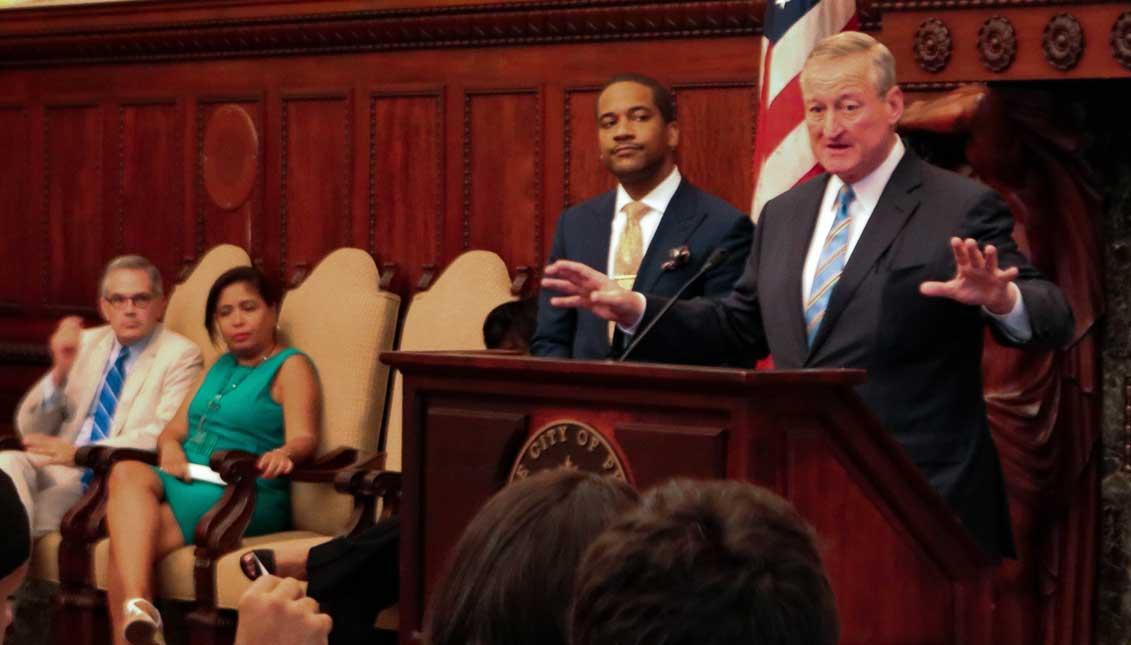 By POWER InterfaithSeptember 28, 2018 No Comments

Philadelphia Mayor Jim Kenney announced legislation on Wednesday to incrementally raise the minimum wage for city employees and contract workers to $15 by July 1, 2022.

Kenney’s proposed legislation represents a 23 percent increase over the current minimum wage of $12.20 for city employees and contractors.

“Poverty works its way into households in insidious, subtle ways — including when residents discover that their hard-earned dollar buys less,” Kenney said. “This legislation demonstrates the commitment my Administration has to finding solutions to pervasive poverty, a commitment that I believe all employers should replicate.”

According to the 2017 Philadelphia Workforce Diversity Profile Report, which contains the most current data, accurate as of June 30, 2017, Hispanic or Latino employees comprise 6 percent of the city’s workforce. Just over half of city employees are Black or African American.

Of the 1,674 total Hispanic or Latino city workers, 665 work in the police department. Another 216 work in the fire department, and 164 in the Department of Prisons.

“This legislation is a significant effort toward improving the economic opportunities of hard-working Philadelphians, and sends a strong signal to the private sector and to the State to follow suit,” said Reverend Greg Holston, Executive Director of POWER: Philadelphians Organized to Witness, Empower and Rebuild, according to the Mayor’s press release.

The state’s minimum wage remains at just $7.25 an hour, though Governor Tom Wolf signed an executive order in late June raising the minimum wage for state employees and contractors to $12 an hour. This will rise to $15 an hour by 2024.

Councilwoman Maria Quiñones-Sanchez, who is a co-sponsor of the legislation said: “The City must lead by example. Properly paying a living wage is an important step.”

Philadelphia’s minimum wage for city workers and contractors was last raised in 2014 under former Mayor Michael Nutter by executive order.