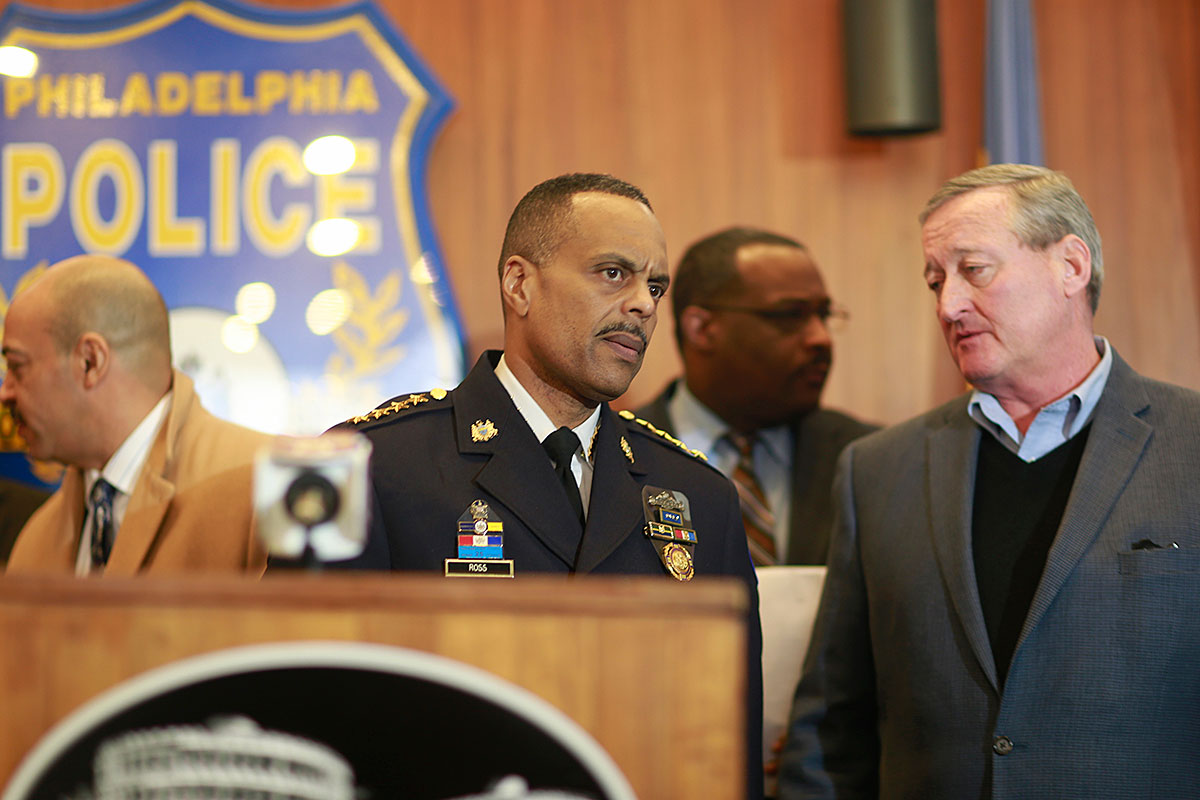 BY: Flood the Drummer® On Demand!

3.31.16: Philadelphia – (Politics): An upcoming Philadelphia town hall meeting in April on the issue of the future of stop-and-frisk, an event on the 29th of the month that’ll be attended by both the Mayor and the Police Commissioner, will be the first of its kind, said Police Advisory Commission Executive Director Mr. Kelvyn Anderson, who will be speaking at the gathering organized by Techbook Online and P.O.W.E.R and who has worked in his position prior to the Nutter administration in 2008. According to Mr. Anderson, the issue of stop-and-frisk, a top local news item for several months now, wasn’t, prior to Mr. Michael Nutter’s run as the city’s chief executive wherein he used the controversial policing practice as “the central piece of his crime fighting strategy,” a point for conversation, thus a convening, such as the one impending for a Friday night at 7pm at the New Vision United Methodist Church at 3259 N. Broad Street, wasn’t warranted.

For the last two years or so, the focus of the Philadelphia Police Department and others had been on a variety of shootings types, including fatal ones that involve officers and citizens, which are, despite the national narrative, surprisingly low in the City. But now, said Mr. Anderson, “everyone’s attention is turned to pedestrian stops,” because, as recent numbers on stop-and-frisks in Philadelphia suggest, “nothing has changed.” The fact that so many stops are happening without reasonable suspicion is worrisome, said Mr. Anderson, who expressed a strong desire to see discipline handed out to officers who continuously break the law.

Mayor Kenney, who confirmed his attendance for the town hall to meet in-person, has confirmed that a progressive discipline directive, as it relates to stop-and-frisk, is in place today, though it wasn’t in existence under the Nutter administration. Mr. Nutter campaigned for Mayor with implementing stop-and-frisk among his top promises. In contrast, Mr. Kenney campaigned for Mayor with a pledge to end stop-and-frisk; a practice he once told me was “unfortunate.” As the city’s chief executive for less than three months, Mr. Kenney has received a sizable amount of criticism from the public for what appears to be a reversal on his initial stance: no longer does Mr. Kenney speak definitively on ending stop-and-frisk but rather talks of reforms to ensure pedestrian stops are done constitutionally, less frequently and across racial groups.

Rev. Mark Tyler, the pastor of the historic Mother Bethel A.M.E Church who is responsible for confirming the attendance of Police Commissioner Mr. Richard Ross, characterized the Mayor’s view on the issue as somewhat ambiguous and said the town hall – hosted by a church that seats up to 600 – will be the perfect stage for him to clarify his position. Mr. Anton Moore of South Philadelphia, an anti-violence activist, said many of the parents he interacts with are nervous that Mayor Kenney, during a time of heightened homicides and gun violence, will scale-back the patrolling of high crime neighborhoods, thus granting criminals free reign.

When Anton and others go pound the pavement, and they tell us what they want the policing to look like, we have to respond to it,” said Mr. Anderson, who noted that though an increase in foot patrols and stops don’t always result in finding guns, they are a determent to crime.