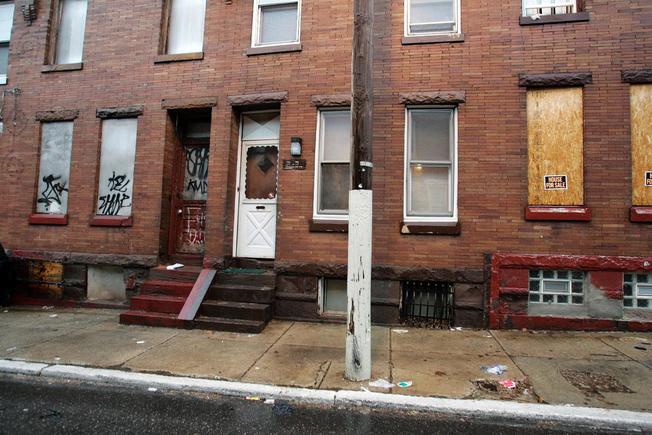 By POWER InterfaithApril 17, 2016No Comments

Malcolm Kenyatta grew up in poverty around 11th and Master streets in North Philadelphia. Now living several blocks away at 19th and Jefferson streets, Kenyatta says he has witnessed other sections of the city growing, while his neighborhood is being left behind.

So, the 25-year-old engagement coordinator for the Greater Philadelphia Chamber of Commerce has assembled a panel of experts for April 18 to discuss, “Unleashing N. Philly: Deep Poverty As A Barrier To Progress.”

“It’s time for a new generation of people from North Philly to step up to say, ‘What can we do to change the outcome?,’ “ Kenyatta said in a recent phone interview. “For me, it’s what can I do to change people’s perceptions of North Philly?”

The panel discussion will take place at the Berean Presbyterian Church, 2101 N. Broad St., from 6 to 8 p.m.. Its members will include Bishop Dwayne Royster, a member of the interfaith group Philadelphians Organized to Witness, Empower and Rebuild; Sharif Street, a community leader and state Senate candidate; Scott Charles, the director of the Cradle to Grave program at Temple University Hospital; Tracey Syphax, CEO of Capitol City Contracting; along with state Reps. W. Curtis Thomas (D-181) and Leslie Acosta (D-197).

“I hope that this is the beginning of a sustained conversation about unleashing North Philadelphia from all the barriers that keep us from being beneficiaries that Philly is seeing as a whole,” Kenyatta said. “We have to be the benefactor of that progress. The passion, optimism and resilience of the people that live there is so commendable. That is our greatest asset, our people.”

Even in a city where 31 percent of African Americans live in poverty, North Philadelphia is particularly poor. A Shared Prosperity report released in 2013 placed the concentration of poverty there at more than 50 percent.

“Living and growing up in poverty myself as a kid, I walk around all the time and see how poverty affects the city,” said Kenyatta. “[Poverty] leads to violence. It leads to a lack of education and the amount of food deserts that we have in North Philadelphia.”

Kenyatta said the lives of some people who live in North Philadelphia probably mirror the experiences of the impoverished in Third World.

Although gentrification has affected housing, finances and daily conveniences for residents in some parts of North Philadelphia — like around Temple University, Fishtown and parts of Kensington — most living in the area sustain themselves on marginal incomes, as the median income for the typical North Philadelphian fluctuates dramatically depending on their residency.

Panel members who will participate on Monday said they hope to discuss not just the problems of North Philadelphia, but also examine improvements and promises, as the prospects can vary when looking closer at the parts.

In the 19121 area where Kenyatta resides, the median income is $26,967 and it has the highest unemployment rate as listed by city.data.com.

So the panelists face some tough obstacles in discussing what can be achieved.

Royster said he and his organization care deeply about faith, race, as well as social and economic issues, which is a reason he has decided to speak on the panel.

“My hope is that we are talking about real policy solutions,” Royster said. “We also need to talk about suspending policies that have created deep poverty.”

When a child is born in poverty, it is not his or her fault, the bishop said.

Syphax, whose company specializes in home improvements, said he considered education was the best way out poverty, pointing to his own experience.

“Education plays such a big part in everything we do,” said the businessman, who had vocational training at Trenton High School in New Jersey. “If we’re not producing an educational or vocational workforce, then we’re shooting ourselves in the foot.”

Syphax, who served seven years in prison and was released in the early 1990s, said entrepreneurship was a tool that should be embraced.

“It gives our folks jobs and it makes our community better,” he said. “I had 16 employees where probably 13 or 14 of them were ex-offenders. It not only gives them that opportunity integrate back into society, but they’re working and not out on the street.”

As for Kenyatta, he hopes the discussion will spur some type of change in the community he loves.

“Of course we’re not going to be able to solve all of these issues,” Kenyatta said. “But I think we’re going to leave with a new sense of where we need to go and leaving having had a real conversation with people from the community, from a political to community perspective…it’s going to take everybody coming together to discuss this issue.”

Tickets for the event are free, but limited. For more information or to register visit, http://bit.ly/1SjNzHr.