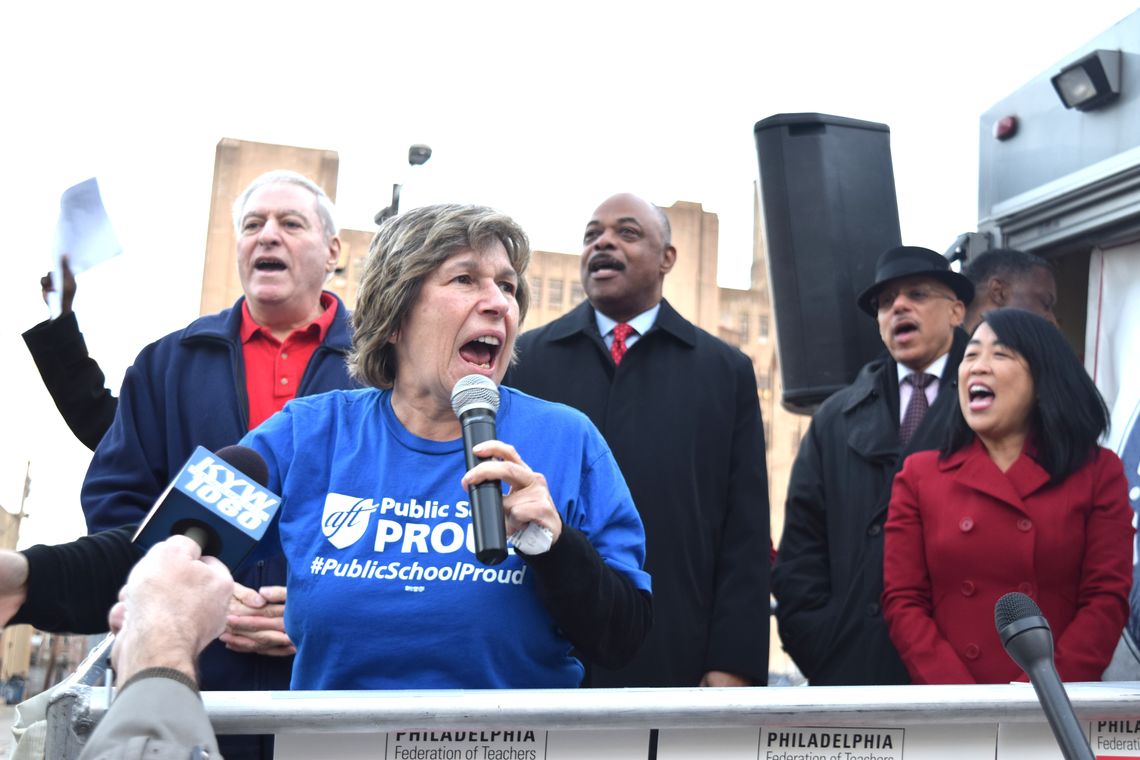 The SRC, which was made up of city and state representatives, replaced the School District of Philadelphia’s school board in 2001 when the Commonwealth of Pennsylvania took over the city’s public-school system.

Councilwoman Helen Gym said in a press release that “Many of us have been waiting for today for a long, long time.”

Gym recalled sitting in the old school district headquarters 16 years ago with parents and students to oppose the state takeover of the city’s public schools. She said the state’s decision “to take away local control of the Philadelphia schools was also a move to turn over large chunks of our school system to for-profit companies.”

“The premise that Philadelphians are incapable of governing our own schools was wrong,” Gym said.

“The premise that solutions to educational injustice in our schools could simply be purchased in the free market was just as wrong. The takeover was a massive educational experiment on black and brown and immigrant children – from reckless charter expansion to mass school closings – these were strategies not backed by any educational research. They didn’t solve the existing and terrible problems within the district, and they hurt far too many children.”

“The students who organized were fed up with an unequal education, the legacy of Jim Crow in Philadelphia – tired of not being valued in their schools,” she added

Gym said that the community must keep the “spirit of those students alive … to fight for the schools our children deserve.”

Chestnut Hill resident Haviva Goldman, president of Friends of J.S. Jenks and a mother of public school children, was optimistic.

“I am excited to see change and a return to local control,” she said. “There are many advocates here in the city who understand the difficulties and needs of public education in this city and local control is the best way to ensure these voices and needs are heard. I think there is much discussion needed about the composition of the board – elected versus appointed – and what would be most effective.”

When the Local asked Mary Lynskey, principal of J.S. Jenks Academy of the Arts and Sciences, for her opinion, she replied in an email, “I guess my thoughts are that the SRC had a job to do.”

Lynskey added: “They did what they had to do. And I applaud Dr. Hite, his administration, and all the district employees for restoring Philadelphia public schools to a level where true progress may now be built upon.”

Germantown resident Tamara Anderson, a part-time Philadelphia public school teacher and mother of a Philadelphia public high school student, said that while she is “excited that the infamous vote that no one thought would ever happen actually did,” she is concerned about “what’s next.”

“Our City Our Schools is pushing for a people’s board to make recommendations,” said the former Mt. Airy resident and actor. “But, I believe that the Mayor wants to push for a mayoral- appointed board due to his quote in the Inquirer a few days ago. And seeing how that Chicago is now pushing to get rid of the same local control model, I believe that we should have an elected board like the other 499 counties.

“The complaint is gerrymandering, and the entire city not being represented,” said Anderson. “But on the other hand, what if the people’s board becomes a popularity contest with the nominations, and the Mayor appoints those who may or may not have all of public education’s best interest at the heart of it.

“This is a major win after 16 years, but it also brings with it a great deal questions and concerns as we create something new that Philly has long needed. And when I think about funding and funding sources I have even more concerns.”

Germantown resident Jeff Templeton, whose daughter attended J.S. Jenks Elementary School (now J.S. Jenks Academy of the Arts and Sciences) in Chestnut Hill, said since the state had taken over the school system “nothing good has come of it, except, of course, if you’re Dr. Hite, who is now making over $300,000.

“I’m confused how he can get a raise while there is a need to close local schools,” said Templeton, who is the founder of S.P.E.A.K. (Staying Positive Equals Amazing Kids.) and an alumnus of J.S. Jenks Elementary School. “These are our schools. We should have local control over them.”

Mt. Airy resident Ken Weinstein, who is also a local business owner, real estate developer and parent, agreed that the decision to dissolve the SRC was a “move in the right direction.”

“It won’t solve all or even most of the woes in the Philadelphia School District, but it will make responsibility for the School District clearer,” said Weinstein, founder of the Trolley Car Teachers’ Fund that gives away $25,000 a year in grants to local public schools.

“Mayor Kenney, and all future mayors, will now be directly responsible for our education system.,” Weinstein said. “The promise of more funding from the state in exchange for oversight over the school district never materialized. It was a false promise. Disbanding the SRC is long overdue.”

“It is crucial, however, that we don’t simply transfer control over our schools from Harrisburg to City Hall,” Noonan said. “What we need is a people’s board, made up of representatives who are students, parents, and educators. Four hundred and ninety-nine out of 500 school districts in Pennsylvania have an elected school board. Philadelphia is the only school district in Pennsylvania without an elected board. I believe it’s time to change that.”