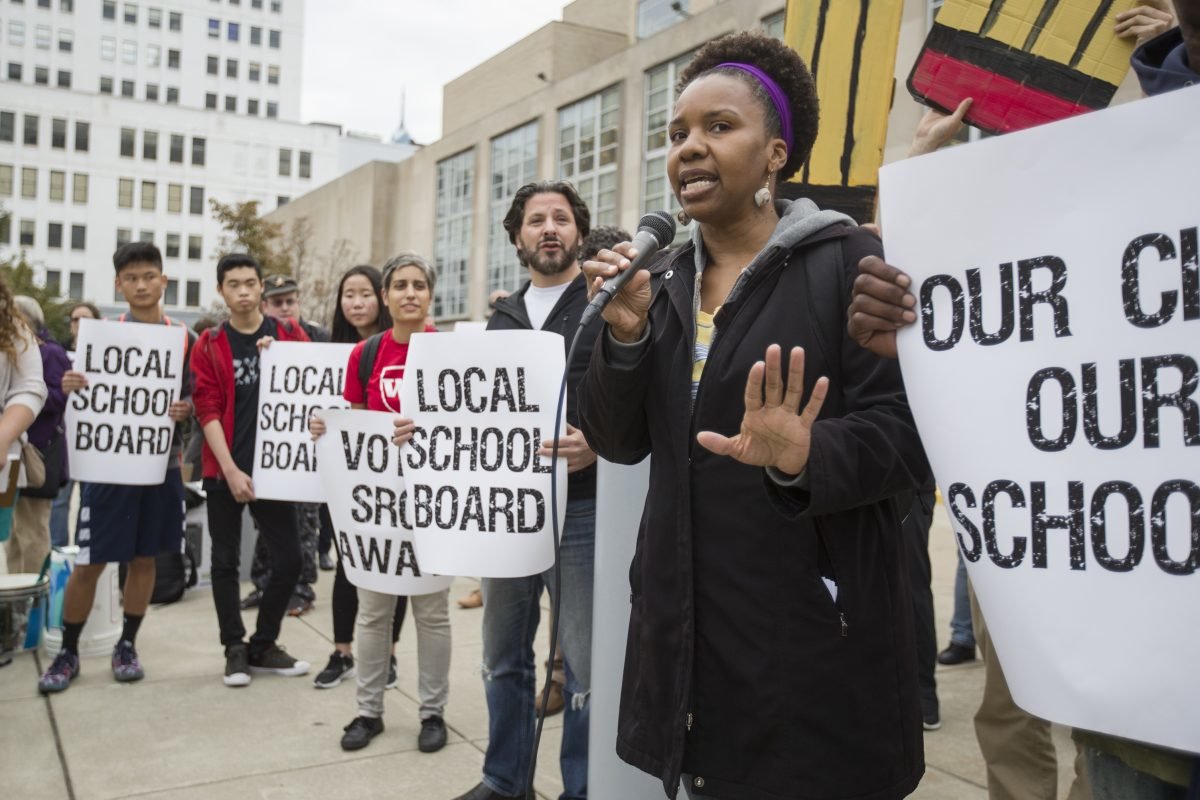 Over a year ago, we launched the Our City Our Schools campaign to end the 16-year-long failed experiment of the state-controlled School Reform Commission (SRC). The SRC was set up in 2001 in a supposed attempt to bring in more state funding, but instead led to dozens of school closures in black and brown neighborhoods, increased school privatization, failed for-profit consultants like Edison, and an austerity budget that has hurt students, parents, school staff, educators, and the city at large.

We commend Mayor Kenney and City Council’s vision for returning our schools to local control. In the face of an uncertain fiscal future and an unsupportive majority in the state legislature, major decisions about the future of our schools are both necessary and difficult. Regaining local control is a huge step forward on the path toward true, democratically based community control of our schools.

While we celebrate the mayor’s leadership, the question of how our schools will be governed is critical. For the last six months, Our City Our Schools and supporters have pushed for a transitional task force that could study successful school governance models and gather broad public input on what comes next — from an elected school board like those in the other 499 districts in Pennsylvania to the mayoral-controlled board of Philadelphia’s past.

With news breaking that Kenney is moving quickly toward a mayoral-appointed board with Council approval, Our City Our Schools will continue to push for a true People’s School Board that upholds the following principles:

We can return a voice to the people who know our schools best. In ending the 16-year state takeover, we can define who are the true stakeholders of the Philadelphia schools. For too long, our schools have been treated like a business where decisions are made by people seeking to profit off of our children’s education. In this new era, we need to return power to the people who work, teach, and learn in neighborhood and charter schools every day, the parents who volunteer to fill budget gaps, and the community members who have supported their neighborhood schools for decades.

We can end the era of conflicts of interests. The most important focus for any school board should be the thriving health of students, teachers, staff, and their schools. With local control and accountability, we can vet new board members for conflicts of interest and end backroom deals.

Our next school board must push forward a progressive agenda for our schools. Our next school board must see quality education from locally based schools as a key racial and economic justice issue of our time. The SRC failed to stand up against a state legislature that continues to use our schools for its racist and privatizing agenda. Is the next school board ready to lead the fight for more equitable school funding across the state, for Philadelphia-based corporations and developers to pay their fair share toward our schools, and for an end to massive giveaways to private school managers?

With a federal administration hell-bent on destroying public education, our next school board will need to rebuild trust through representation, transparency, and a vision for true education justice. As the people who have been in the trenches fighting against privatization, school closures, and budget cuts, and for community schools with restorative justice and culturally relevant curriculum, we are ready to take the lead in defining a new era for our schools.