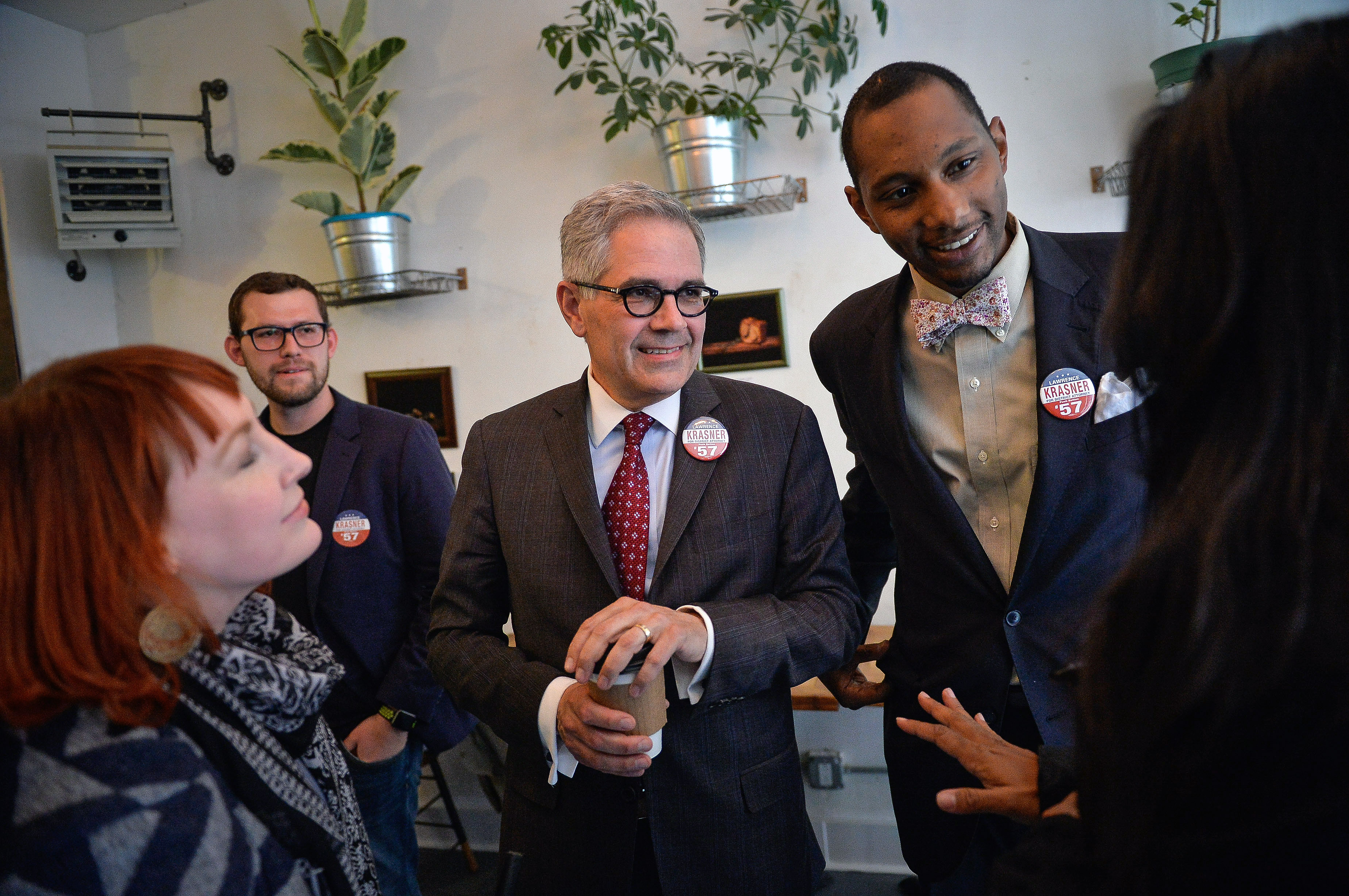 Krasner set to be sworn in as D.A.

Home » Krasner set to be sworn in as D.A.

District Attorney-elect Larry Krasner and City Controller-elect Rebecca Rhynhart are scheduled to be inaugurated along with 26 members of the judiciary Tuesday morning.

Rynhhart will be the first woman sworn in to be City Controller in Philadelphia.

Since elected, Rhynhart said she has been working on strategy to complete her goal of saving the city’s revenue at a minimum of $10 million a year.

“From my experience within the city, the city could do a much better job being forthcoming with how the city spends its money and trends in that spending,” she said back in October before she won her position. “Some cities and counties across the country release what is called the ‘expenditure data’ which shows what the local government spends its money on. Philadelphia has not yet released that which sounds surprising.”

Krasner has been pushing for a change in Philadelphia’s criminal justice system working as the city’s top prosecutor. He ran his campaign with a focus on “Civil Rights and Equal Justice” garnering support from local voters and local Black Lives Matter PA leader Asa Khalif.

The district attorney-elect comes in after controversy regarding the former top prosecutor Seth Williams who is now imprisoned for five years due to bribery, extortion and fraud.

Williams was replaced by Kelley Hodge during this past summer who became the first African-American woman to be District Attorney in Philadelphia.

Hodge did not endorse Krasner or his opponent Beth Grossman during their campaigns.

Krasner is one who is against unconstitutional stops. Ben Waxman, his spokesperson, sent a statement on the issue to The Tribune back in November.

“Larry Krasner has repeatedly said that he will refuse to prosecute cases stemming from unconstitutional stops. It is unlawful to stop people without probable cause, a practice that overwhelmingly targets poor people and people of color,” the statement read.

“This not only fails to keep us safe but damages the relationship between law enforcement and communities where this practice occurs. He fully intends to focus crime fighting resources on the small percentage of people who commit serious crimes.”

Throughout his campaign against Republican candidate Grossman, Krasner proposed plans that would address the disproportionate number of minorities — specifically African Americans — affected by the criminal justice system.

Krasner, who represented Black Lives Matter activists in his career as a defense attorney, plans to end stop and frisk, pledges to stand up to abuses by police, is against the cash bail system, and favors rehabilitation over incarceration for nonviolent drug offenses.

“What we are experiencing tonight as these results come in is no less of a mandate … a mandate for justice. This movement is not going away,” Krasner said.

Asa Khalif, leader of Black Lives Matter Pa., the Rev. Gregory Holston, executive director of Philadelphians Organized to Witness Empower and Rebuild, and Henry Nicholas, president of District 1199C, were among the hundreds in the room on Tuesday night when the results were announced.

“We are getting rid of the snakes and bringing in people who really give a damn about the people,” Khalif said. “This is just the beginning. The power is in the people. It’s never with the politicians. It’s always with the people. The people united will never be defeated. We’ve shown tonight we have the power, no-one can take it away from us.”