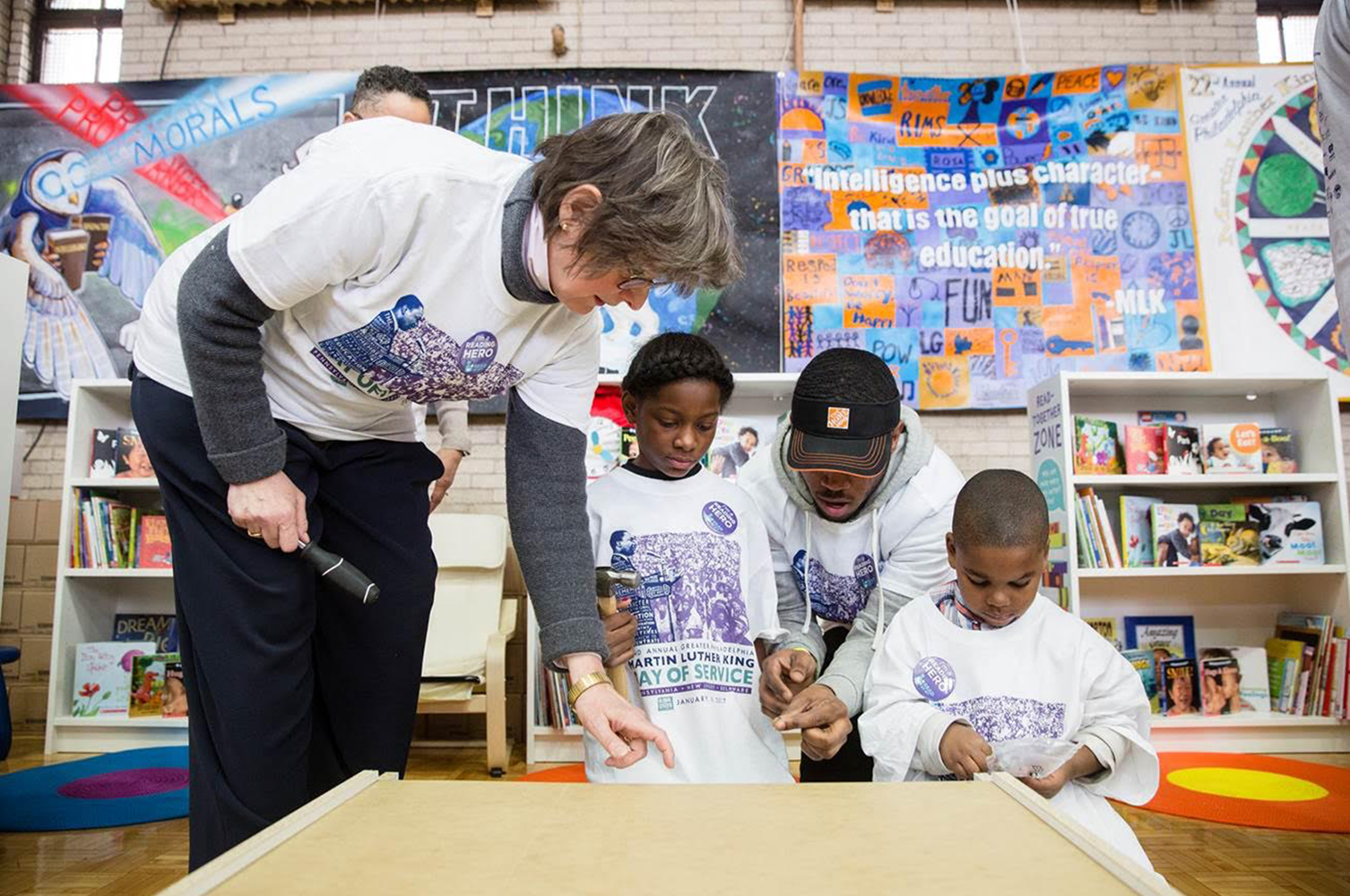 A record 150,000 volunteers are expected to participate in more than 1,800 community service projects for the Greater Philadelphia Martin Luther King Day of Service Jan. 15.

The 23rd annual King Day of Service will highlight the 50th anniversary of the Poor People’s Campaign, a movement to help the poor get jobs, health care and decent, affordable housing.

“One in six face hunger. One in five children are at risk for hunger. In order to solve this problem, a day of action on King Day will not get us there. We have to be committed to this 365 days a year.”

The Greater Philadelphia King Day of Service, which is considered the largest in the country, includes Pennsylvania, New Jersey and Delaware.

“We are excited to be a part of this day of service because we believe that this is a critical time for our nation,” Holston stated.

“Fifty years after the Poor People’s Campaign, 50 years after the assassination of Martin Luther King and one year after the election of President Donald Trump, we are still dealing with the issues of racial justice and racial inequality that so much has been a part of this nation. So as we stand together now we are looking to move the 145,000 people who are part of this day of service every year from a day of action to a year of action — a year of real change.”

During the press conference, Mayor Jim Kenney presented Rev. David Brown with the 20th annual Harris Wofford Active Citizenship Award for his years of support for the Greater Philadelphia King Day of Service and his dedication to public service and civic engagement.

“The legacy of King is not something just to do, it is something to be and I am so proud to be able to continue the work that King has done to build bridges to bring people together,” Brown said after accepting the award.

Some 5,000 people are expected to participate in activities at Girard College, the signature project site for the King Day of Service.

“We are delighted to serve as the host for the nation’s largest MLK Day of Service for the ninth consecutive year,” said Ava Willis-Barksdale, interim president of Girard College.

“As this year’s focus reflects on the 50th anniversary of Dr. King’s Poor People’s Campaign, which in part suggested that all people should have what they need to live, we are proud to participate. We believe that Stephen Girard also had this concept in mind in his desire to provide education to children for whom it was not guaranteed.”

Kenney will participate by leading volunteers in sorting and packing food, which will be distributed to people in need through more than 500 Philadelphia-area nonprofit organizations.

More than 100 activities will be held at the college, including a civic engagement expo, a health and wellness fair, a kid’s carnival and workshops and presentations.

The Cecil B. Moore Philadelphia Freedom Fighters, the group of men and women who demonstrated in the 1960s for an end to the discriminatory admissions policies at Girard College, will lead a workshop, sharing their experiences in the civil rights movement.

The King Day of Service will host its seventh annual Jobs and Opportunity Fair, presented by the Urban League of Philadelphia, i-Heart Media and Comcast. Participants must pre-register at mlkdayofservice.org for one of two sessions, 9 to 10:30 a.m. and 10:30 a.m. to noon.

The Philadelphia Orchestra will perform its annual Martin Luther King Jr. Tribute Concert at 1:30 p.m. in the chapel as the concluding King Day of Service event at Girard College. Free tickets will be available starting Tuesday at noon at www.philorch.org or by calling Ticket Philadelphia at (215) 893-1999.

Volunteers will also participate in projects at hundreds of schools in Philadelphia and throughout the region, such as beautifying parks and recreation facilities, preparing food at homeless shelters and distributing food to homebound seniors, organizing health fairs and legal clinics and performing plays about King and his principles of nonviolent social change and racial equality.

For information about participating or hosting a service project, visit mlkdayofservice.org or call (215) 851-1811.