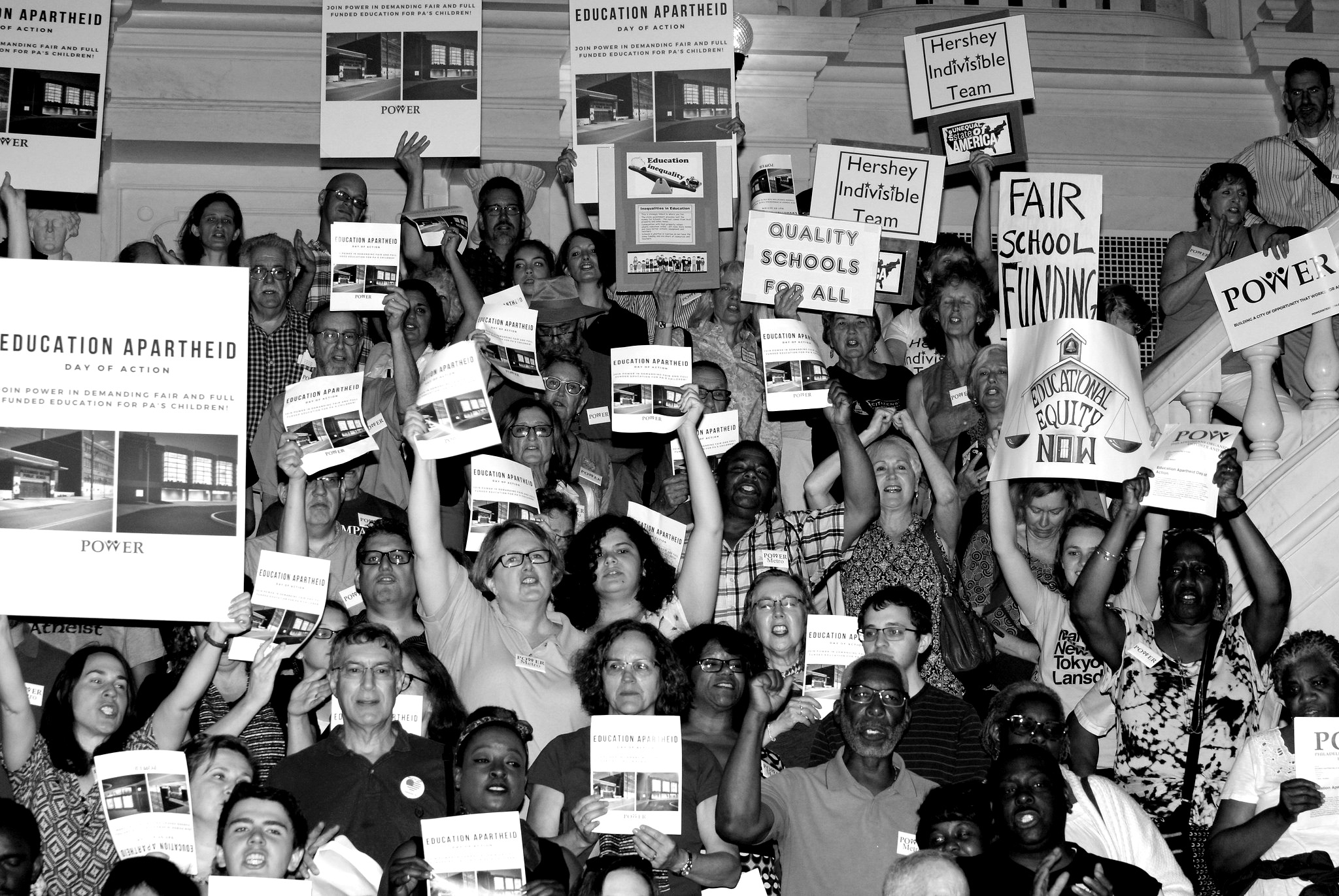 By POWER InterfaithJuly 20, 2018No Comments

PHILADELPHIA, PA – Last month POWER, the state’s leading interfaith movement, led hundreds of students, parents, community activists and leaders from different faith traditions to the State Capitol to demand support for recently introduced legislation which will put 100% of the state’s Basic Education Budget through Pennsylvania’s Fair Funding Formula to end widespread, systematic educational inequality throughout Pennsylvania. Earlier this week the Republican Party of Pennsylvania issued a press release distorting the purpose of our rally, and falsely claiming that Governor Wolf, in conversation with our Executive Director, Reverend Greg Holston, supports $1.2B in school funding cuts. We are deeply disappointed that our day of support for school funding and civic engagement has been abused to imply that Governor Wolf supports education cuts. As people of faith, we affirm the infinite value of each human being, and we are committed that the blessing of education be available to all the children of our commonwealth.

In 2016, based on recommendations from a bipartisan funding commission, Pennsylvania passed a new formula for distributing basic education funds to districts around the state. This well-designed formula takes into consideration factors which affect the real cost of educating children such as poverty, local taxing capacity, English language learners and the challenges faced by rural districts. Currently, only nine percent of state basic education funding goes through the fair funding formula because the legislature decided that only “new money”, added to the budget since the formula was established, would be distributed according to the formula. By law, the rest of the money continues to be distributed in the old unfair way that was in place before the new formula was passed. In order for the state to distribute basic education funding in a fairer and more equitable way across all districts, more money has to go through the formula.  If all of the money budgeted for state basic education funding was distributed using the formula, every district would receive its fair share of the funding. Accompanied by an increase in overall state funding, this fair distribution would eliminate Pennsylvania’s racial bias in school funding and ensure adequate resources for all schools.

Governor Wolf has not proposed a $1.2B cut, but has continued to support full and fair funding, which experts say would require at least a $3B increase in state funding. Pennsylvania currently ranks at 50th out of 50 states in the gap between the wealthiest school district funding versus poorest school district funding. Governor Wolf agreed with POWER’s position which is, and always has been, for both fair and full school funding.

“The NAACP has every faith in Governor Wolf’s intentions. He has been stalwart in his efforts to restore funds that were cut under previous administrations, ” said Dr. Joan Evelyn Duvall-Flynn, President of POWER ally NAACP Pennsylvania State Conference of Branches, “And he has been clear that he believes in fair and equitable funding for all districts and that that will require an increase in funding to improve schools across the Commonwealth.”

We applaud Governor Wolf’s openness to discuss the quality of the Commonwealth’s education. In doing so he has made it clear that he is an advocate for education. We are not sure where Scott Wagner stands on advocating for education and invite him to meet with us and hear the voices of the people that he seeks to represent and serve. We ask Scott Wagner to acknowledge that ALL of our state’s children deserve an excellent education and that significantly more funding is required to ensure that each district has enough resources to educate its students. We also ask Senator Wagner to join in our call for both fair and full funding to ensure quality education for all Pennsylvania’s children.

Reverend Greg Holston, POWER Executive Director said “We are outraged that a rally for people of faith fighting for fair funding would be reduced to a political tool to attack a Governor that has always supported education. We invite Senator Wagner to come to the table and share his ideas for how to provide the best education for our children.”

POWER (Philadelphians Organized to Witness Empower and Rebuild) is an interfaith organization committed to implementing systemic change for the betterment of Pennsylvania. We represent populace from across the Greater Philadelphia area, transcending borders across race, faith, income level, and neighborhood. Learn more at www.powerinterfaith.org 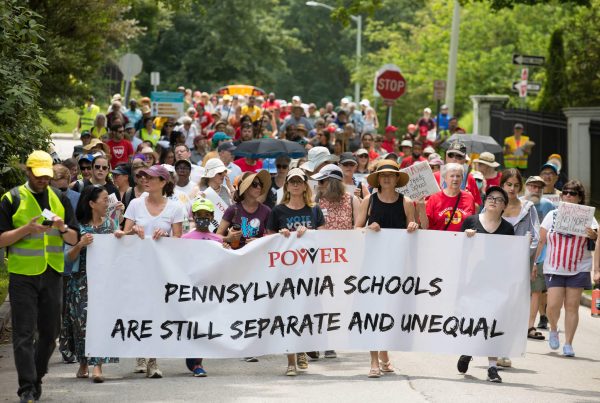