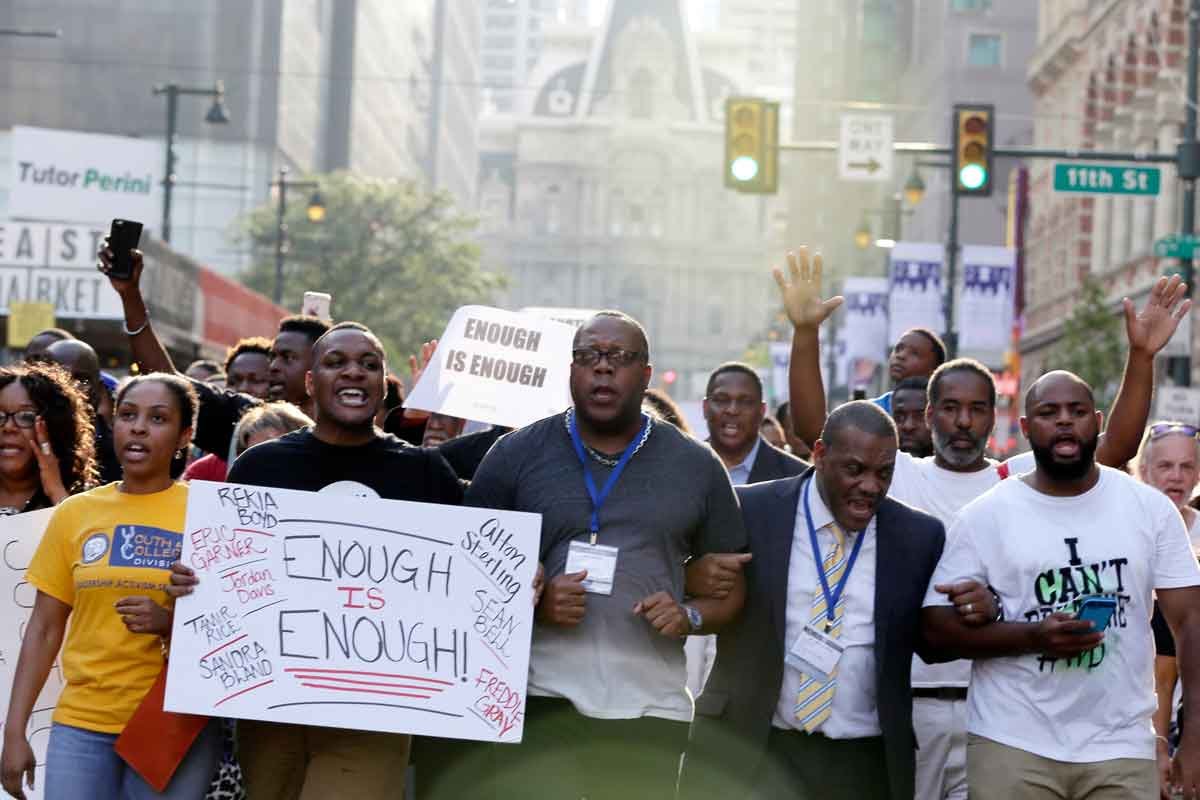 By POWER InterfaithJuly 8, 2016No Comments

BY: Tommy Rowan and Mari A. Schaefer

Pastor Barbara Ross shook her head: “I just don’t get it,” she said.

Ross, who represented Wesley Chapel A.M.E Church in Edwardsville, Ill., was among hundreds marching in Philadelphia Thursday to protest recent police shootings of black men across the country.

Most recently, Alton Sterling was killed Tuesday night by police officers in Baton Rouge, La., and Philando Castile was killed Wednesday during a routine traffic stop in Falcon Heights, Minn. Castile’s girlfriend, Diamond Reynolds, said he told the officer he had a licensed gun in the car, and was reaching for his license as requested when the officer shot him.

Ross shook her fist. Castile had a permit to carry a weapon, and he has the right to own a firearm under the 2nd Amendment.

“What was the purpose of him being legal? He still died,” Ross said. “It’s a setup.”

Some carried signs that read: “Stop shooting us!”; “If you’re not angry, you’re not paying attention”; and “Enough is enough.”  Their journey – peaceful and devoid of the intentional arrests at a similar protest Wednesday – concluded at the Arch Street United Methodist Church on North Broad Street.

The Rev. Mark Tyler, senior pastor of Mother Bethel Church, said men and women of all faiths are united against a common enemy.

“We all stand against the same fight,” he said. “Against the dehumanization of black and brown bodies.”

A video showing Alton Sterling of Baton Rouge, La., being held down by police and a second graphic video showing the aftermath of the shooting of Philando Castile by a police officer in of Falcon Heights, Minn., have sparked national outrage.