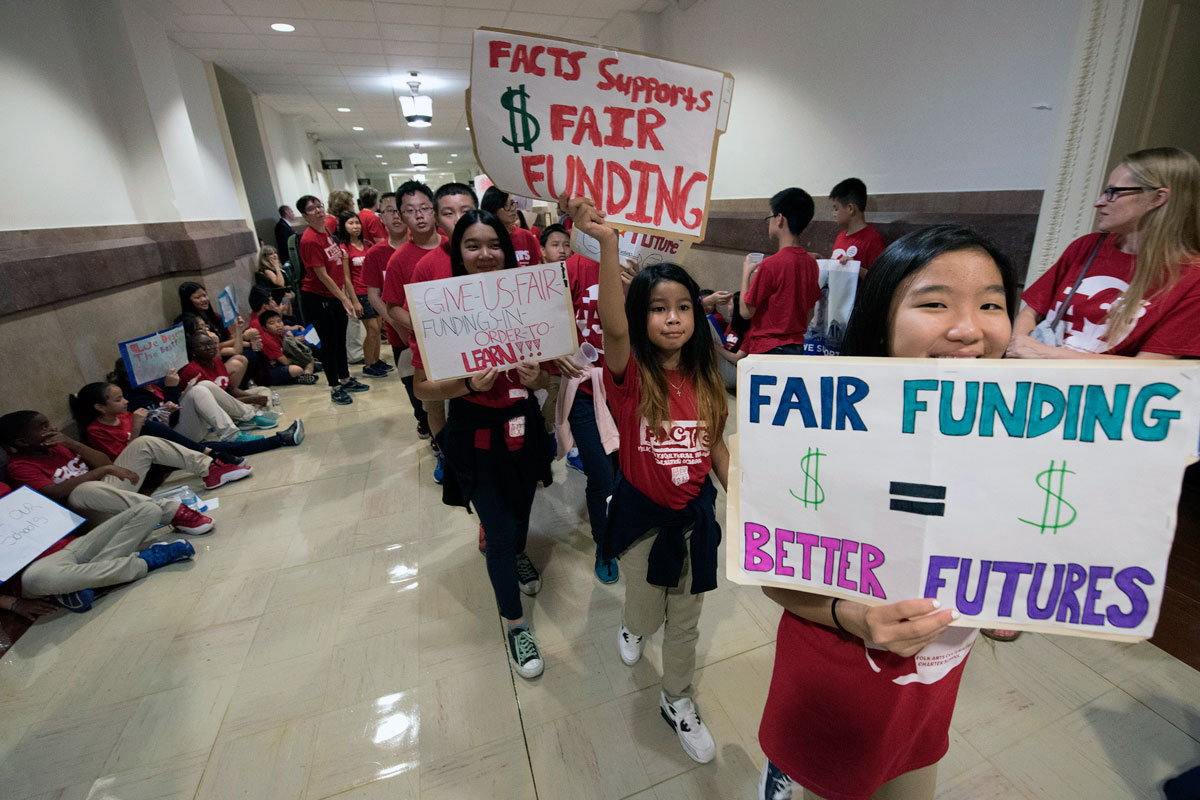 By POWER InterfaithSeptember 19, 2016No Comments

by Kristen A. Graham
Some Pennsylvania schools have cutting-edge facilities. Others have no textbooks.
The state’s education-funding system is so fundamentally flawed that a judicial remedy is needed, parents, school districts, and advocacy groups told the state’s highest court Tuesday.

Leaving school-funding decisions to Pennsylvania’s legislature has resulted in gross inequalities, said Brad Elias, a lawyer for the plaintiffs.

“This is unconscionable,” Elias said. “It’s so far out of the range of reasonableness.”

Pennsylvania has the biggest gap in the country in funding levels between its wealthy and poor districts, according to an analysis of federal education data.

Attorneys on both sides faced tough questioning from the seven justices, who heard arguments in the state Supreme Court’s ornate chamber in Philadelphia’s City Hall.

The plaintiffs, including the William Penn School District in Delaware County and some Philadelphia parents, argued that the current funding situation violates the equal-protection provision of the state constitution, and that Pennsylvania also fails to provide a “thorough and efficient system of education” as dictated in the constitution.

Attorneys for the state and legislative leaders argued, as a lower court did, that the courts have no place in the matter, which belongs in the hands of lawmakers.

John Knorr of the Pennsylvania Attorney General’s Office said that the constitution only obligates districts to open schools, and that individual students have no constitutional right to a specific level of educational quality.

Does that mean, Justice David N. Wecht asked, that the court has no standing to weigh in on issues of educational equality?

Attorneys for the state and its lawmakers said the Supreme Court would have jurisdiction in very limited circumstances.

If a court was to order a system of education funding, wouldn’t it then be on the hook indefinitely to manage it? – a kind of “quicksand,” Wecht and others asked.

“For the court to step in and micromanage this, it’s a very, very difficult issue for us to undertake,” Justice Debra Todd said. “I’m not sure it’s an appropriate one.”

Elias, the plaintiffs’ lawyer, said the court’s obligation was simply to order a school-funding system that “looks at the real cost to equitably educate students,” a departure from the current setup.

“The entire system is arbitrary at the end of the day,” Elias said.

A similar education-funding suit was brought by the Philadelphia School District in the 1990s. That was tossed out.

Lawyers for the state said that the court was right then, but Elias said that things are different now. When the old suit was brought, the state had no formal way to measure student achievement.

Now, he noted, it has instituted explicit academic standards, and consequences for schools, teachers, and students who do not meet them.

The state’s arguments rankled most of the hundreds who gathered inside the courtroom and packed an overflow room.

City Councilwoman Helen Gym said the state’s position, particularly on the issue of students’ constitutional right to a quality education, was “deplorable.”

“They are arguing in court that your child does not have the same rights as other children,” an impassioned Gym told a crowd of education supporters after the hearing.

The Rev. Gregory Holston – a local pastor involved with POWER, an interfaith group that takes on social issues – took it one step further.

“Racism is at the core of the fair-funding issue,” Holston said.

Gov. Wolf has pushed for more money for schools but does not support the suit, which names him as a defendant. In a rare show of unity, he joins with legislative leaders in asserting that the courts are no place for these decisions.

“The governor has aggressively and will continue to aggressively pursue more education funding,” said Wolf spokesman Jeff Sheridan, who attended the hearing.

The School District of Philadelphia, which is in perhaps the worst straits in Pennsylvania, did not join the lawsuit. But Marjorie Neff, chair of the School Reform Commission, attended the hearing, saying she was there to support the Philadelphia parents who are plaintiffs.

The Supreme Court justices must now must decide whether to get involved in the case, which initially was filed in 2014. If they do, the case will go to trial in Commonwealth Court.

The court has no deadline to act.