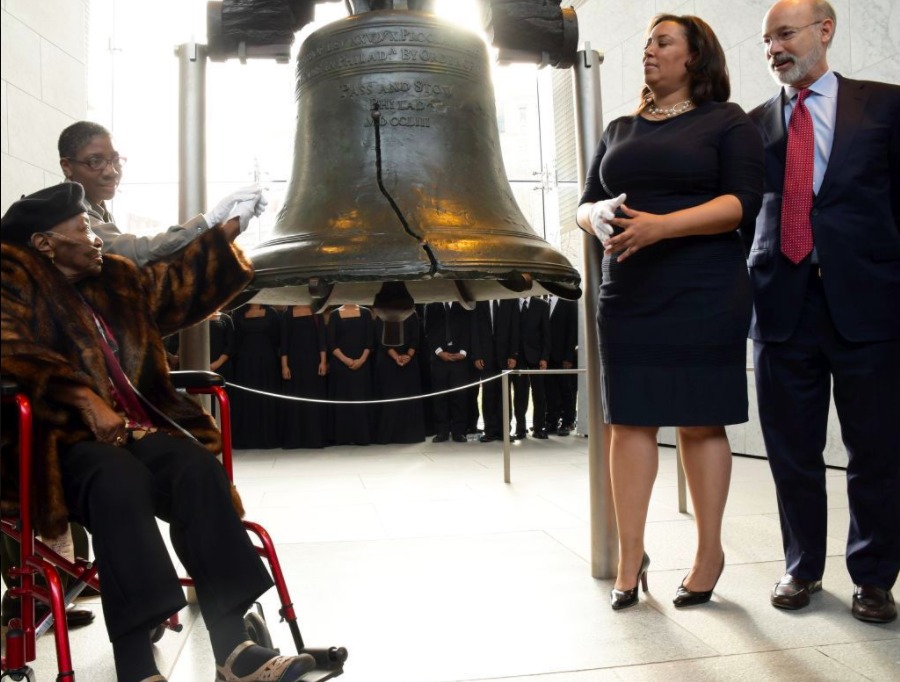 Dozens of events occurred on Monday celebrating the life of the late Rev. Martin Luther King Jr. Events included a ringing of the Liberty Bell at Independence Mall to thousands participating at the annual Day of Service at Girard College.

An annual crown event in the city for the day was hosted by the Philadelphia Martin Luther King, Jr. Association for Nonviolence, Inc., the first and only affiliate of the King Center in Atlanta commissioned by Coretta Scott King.

The center hosted its 36th Annual Awards and Benefit Luncheon in Center City on Monday afternoon. The luncheon celebrated four men and women who’ve advocated for social justice and worked on behalf of the community.

Lee Saunders, President of the AFSCME, AFL-CIO, who is recognized for creating AFCSME Strong, an organizing arm of the union, was awarded the Drum Major for Labor and Social Justice Award; Louise Moss, Vice-President of the Association, was noted for her political activism, charitable work for youth and cultural contributions, and received the Drum Major for Education and Community Development Award.

Ruth Wilson, 95, a World War II heroine was a special honoree, and was celebrated by President and CEO of the Association, Dr. William Tucker, as “a truly great American Treasure.” Wilson was also the bell ringer for the Liberty Bell ringing ceremony on Monday morning, which inaugurates the King Holiday.

“If Dr. King could speak to us now, I believe he would tell everyone who cherishes peace, freedom and justice in this great land, that we must mobilize ourselves as never before to put an end to this menace in our society before the social economic, and political fabric of this nation becomes so tattered and frayed that it will be almost impossible to fully mend,” said Tucker in a letter for the luncheon.

At the luncheon, Tucker stated that the community has to become politically active to see change.

In a brief message, Gov. Tom Wolf encouraged the people to work for a commonwealth consistent with King’s vision.

Awardee and Vice-President Moss encouraged the audience to be active in their communities.

“I was there [at] the March on Washington. We might need to do it again. This might be the way we have to go at it this time,” said Moss. [And] give back, it’s important. We need your help today more than ever.”

The 23rd annual King Day of Service at Girard College highlighted the 50th anniversary of the Poor People’s Campaign, a movement to help the poor get jobs, health care and decent, affordable housing.

“One in six face hunger,” he said. “One in five children are at risk for hunger. In order to solve this problem, a day of action on King Day will not get us there. We have to be committed to this 365 days a year.”

The Greater Philadelphia King Day of Service, which is considered the largest in the country, includes Pennsylvania, New Jersey and Delaware.

“We are excited to be a part of this day of service because we believe that this is a critical time for our nation,” he said.