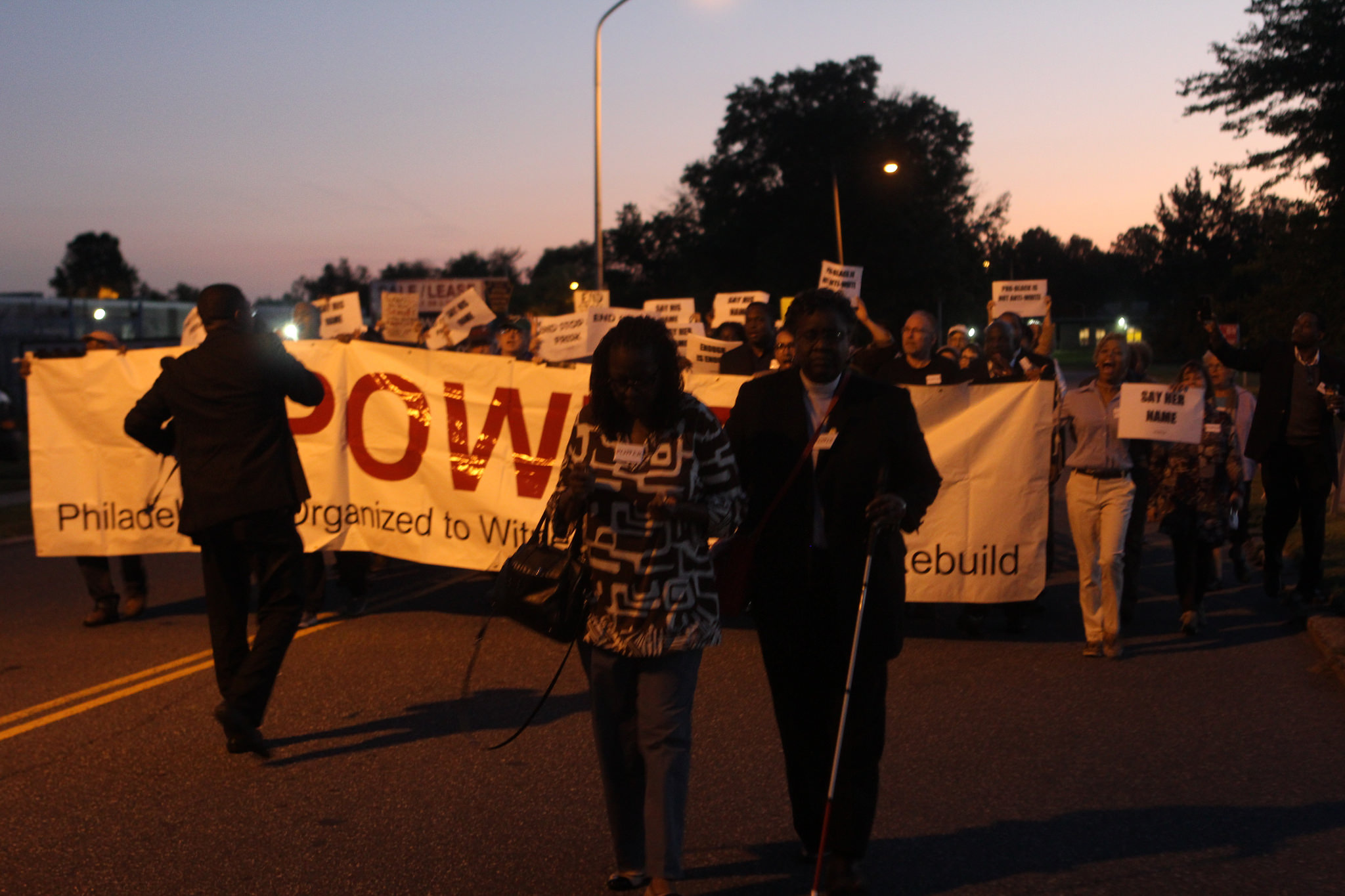 By POWER InterfaithSeptember 28, 2016No Comments

“We’re making a moral statement to the F.O.P specifically around their long standing policies of being against real police reform in the city of Philadelphia,” said Reverend Gregory Holston with POWER.

He said they hope this rally can help spark change inside of the organization.

“I hope it begins to prick their moral conscious.”

Chief Inspector Carl Holmes and about two dozen other police officers stood in front of F.O.P headquarters during the rally.

During the peaceful protest the group was antagonized by a band of motorcyclist who did not want to hear their message.