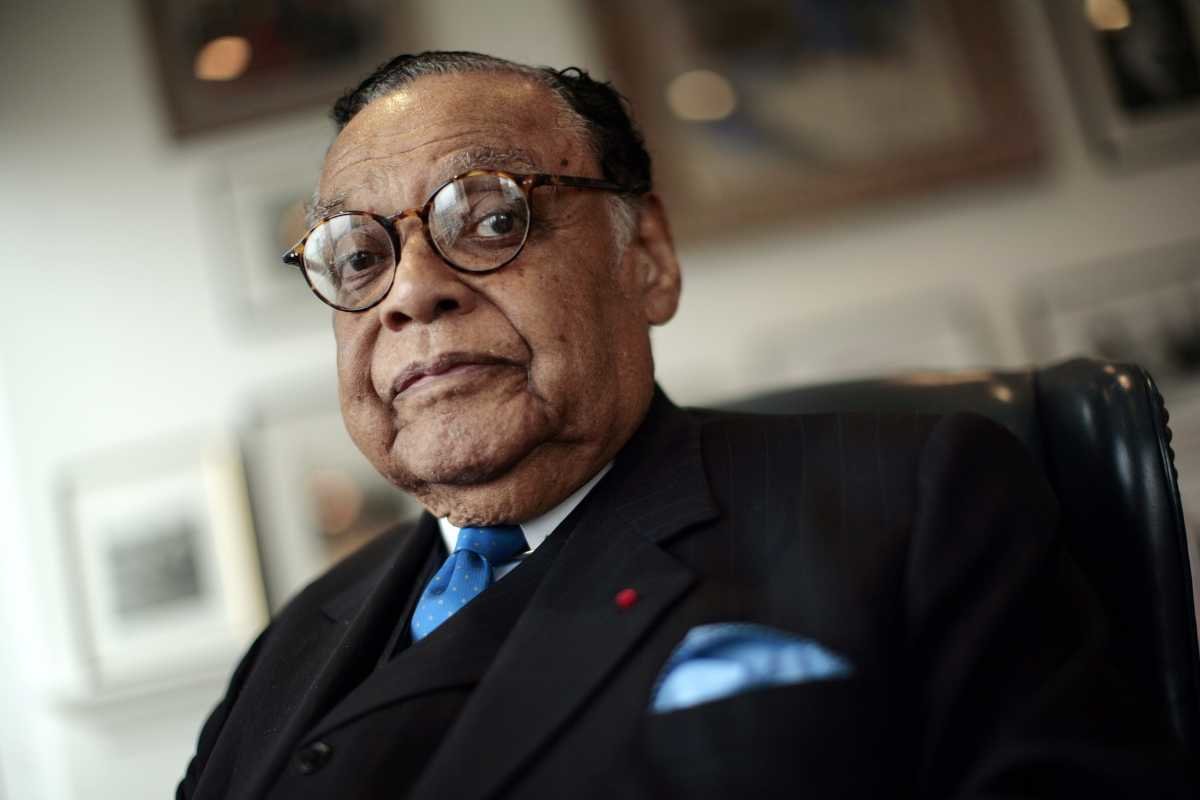 Coleman’s fight for equal Pa. schools not over

Home » Coleman’s fight for equal Pa. schools not over

William T. Coleman Jr., who died last week at the age of 96, ended life as a Washington insider’s insider, but he started life as complete a Philadelphian outsider as could be.

A Negro child in Germantown, he walked past all-white elementary schools he could not attend to reach the segregated school he was allowed in. Perhaps that is why Coleman understood the face of discrimination in education and fought it so long.

Coleman was no stranger to the injustice of discrimination. Germantown High School disbanded its swim team when he tried out for it. After graduating from the University of Pennsylvania, he interrupted his study of the law at Harvard during World War II to enlist in the Army Air Forces, training with the segregated Tuskegee Airmen. After leading his 1946 Harvard Law School class and clerking for Supreme Court Justice Felix Frankfurter – the court’s first African American clerk – he could not obtain a job in a major Philadelphia law firm. Later, the firm led by Richardson Dilworth broke the color line to hire him.

With the middle name of Thaddeus – for the great Pennsylvania Congressman Thaddeus Stevens, who led the fight for the 13th and 14th Amendments to the Constitution – Coleman helped Thurgood Marshall craft the briefs in Brown v. Board of Education, ending official segregation in public schools. As opposition mounted in the South, he worked as head of the NAACP Legal Defense Fund and as a member of the Lawyers Committee for Civil Rights to gain compliance.

Less remembered is his long fight here in Philadelphia to end the restriction on Girard College to serve only “poor white orphan boys.” Run by the City Board of Trusts, whose members were appointed by Philadelphia judges, the school tried to insist it was a private institution not subject to antidiscrimination laws. While pickets led by Cecil Moore of the NAACP protested the school’s position, it was Coleman and his colleagues at the Dilworth law firm who found the way to open the school to all races.

Although a Republican, Coleman also quietly aided the opposition to the Vietnam War, working behind the scenes to marshal Philadelphia lawyers to take a public stand calling on President Richard Nixon to end the war.

Later in Washington, as secretary of Transportation, Coleman had a major impact on Philadelphia by approving the Rizzo administration’s request for $400 million in federal funding for the Center City Tunnel, linking what was then Reading Station and Suburban Station. The approval came despite the opposition in court of one of his former Dilworth partners.

As a Washington lawyer at the firm of O’Melveny and Myers, Coleman represented the Philadelphia School District in 1998 in a federal lawsuit against the state for discriminating against the city’s minority students. The Public Interest Law Center represented students and advocates as cocounsel in the case.

The facts, Coleman said, showed that underfunding Philadelphia was part of a pattern of shortchanging schools attended by minorities around the state. A study by Anita Summers, a Wharton professor of economics, showed that the higher the proportion of African American or minority students in a district, the greater the disparity in funding from what the average district with the same proportion of students in poverty was receiving.

Coleman successfully argued to the Third Circuit Court of Appeals that the case should not be dismissed because the facts in the complaint sufficiently displayed racial discrimination. The case was nearing trial when the state replaced the city school board with the state-controlled School Reform Commission, which then dropped the lawsuit against the state.

The pattern of racial discrimination by the Pennsylvania legislature against schools with high percentages of minority students, which Coleman fought against, continues, as recent reports by David Mosenkis of the Power interfaith group show. Today, Philadelphia’s African American students don’t walk past schools closed only to them, but walk past schools closed to all students. They are closed because of the legislature’s long refusal to fund districts like Philadelphia, Erie, Reading, York, and Harrisburg – heavily attended by poor minority students – in the same way they fund more rural districts in the commonwealth with poor white students.

Bill Coleman resolutely fought to change this stark injustice. It is a bitter lesson: For all those who now hail his talent and success, Pennsylvanians are still treating Bill Coleman on the issue he cared the most about as the outsider he started as.

Michael Churchill is an attorney at the Public Interest Law Center.mchurchill@pubintlaw.org