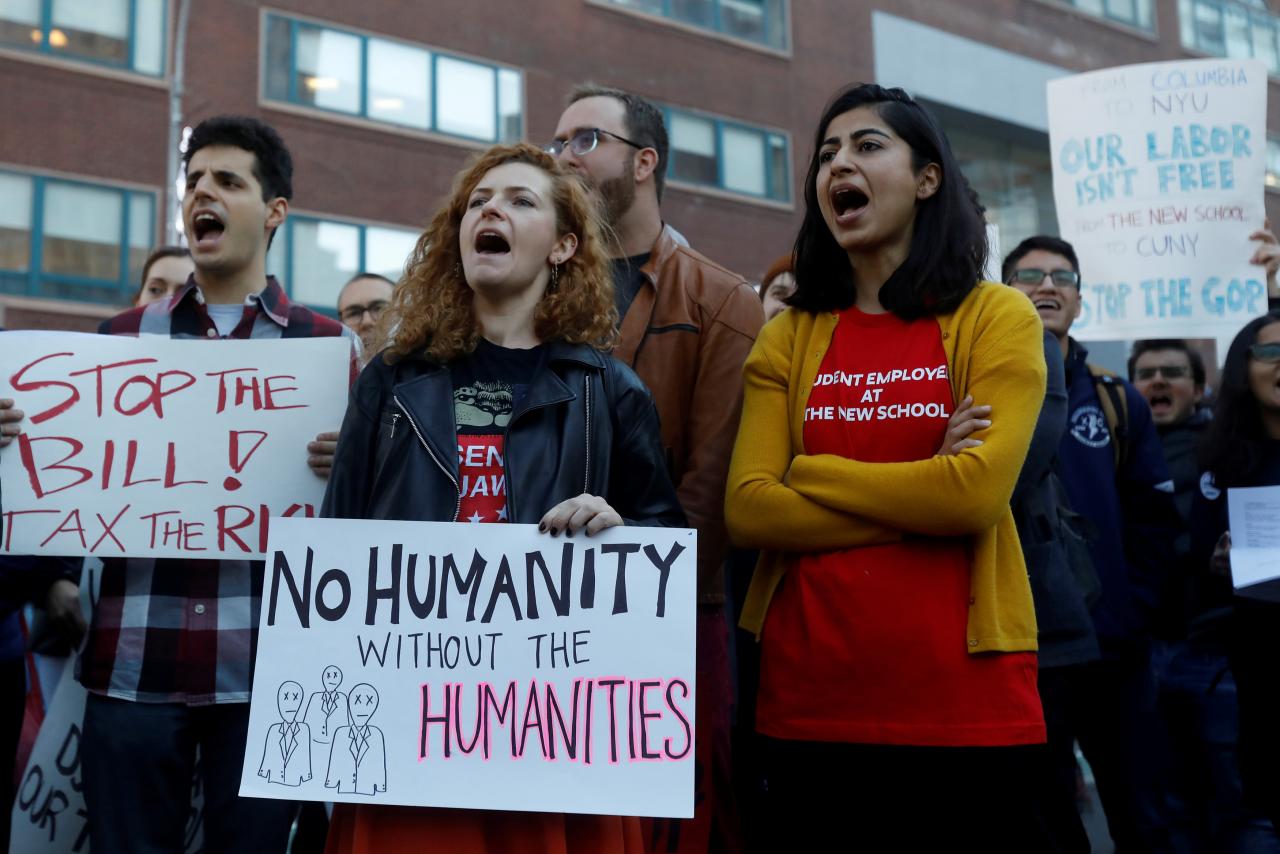 Clergy to GOP reps: Vote no on tax bill

Home » Clergy to GOP reps: Vote no on tax bill

Faith-based leaders were on a mission Monday to change the hearts and minds of a congressman ahead of the tax bill vote set to begin Tuesday.

Their message: Vote no.

Clergy and members of Philadelphia Organized to Witness, Empower and Rebuild (POWER) traveled to the offices of U.S. Reps. Mike Fitzpatrick, R-8 of Levittown, Ryan Costello, R-6 of West Goshen and Pat Meehan, R-7 of Chadds Ford delivering a message to the GOP congressmen to vote against party lines.

“As people of faith we are called to love our neighbors as we love ourselves, and this teaching, common to our diverse tradition, leads us to condemn laws that withhold justice from people who are struggling to escape poverty,” read Rev. Peter Friedrichs of the Unitarian Universalist Church of Delaware County to a staffer at Meehan’s office in Springfield Monday afternoon. “We thus strongly oppose the tax bill currently being discussed by a conference committee in the United States Congress by showering the very wealthiest Americans and powerful corporations with massive tax cuts while leaving behind families working hard to put food on the table.

Meehan has consistently said he’ll vote for the bill, claiming it will help his constituents. His staff did not respond to a request for comment on Monday.

Committed to a disruption short of warranting arrest, members of POWER were prepared to sit in Meehan’s office until the congressman agreed to vote “no” on the measure.

Rev. Timothy Thompson-Hohl of the Ardmore United Methodist Church prayed for their message to be heard.

“As this vote is about to be taken in Washington that will affect so many people in our country and around the world, we ask for your hand to move the hearts and minds of the legislators, and even in the President of the United States, to bring justice and mercy and compassion to the least, the last and the lost,” Thompson-Hohl said. “We pray that a message will be sent to Congressman Patrick Meehan that he would listen and hear the concerns of his constituents that this bill is unjust and unfair.”

Rev. Tom Lank of the United Methodist Volunteers in Mission in Bryn Mawr prayed for Meehan and his staff.

“We pray today for Rep. Pat Meehan, as he is in the middle of forces more powerful than himself, forces that will impact the lives of many individuals in this district and beyond,” Lank said. “We pray today that in the midst of these swirling pressures and all this scrutiny, that Rep. Meehan will be able to find a quiet center in this season of advent. That he would be able to listen closely for your will, and that he will hear in his inner most heart, the deepest part of his soul, the truth and intent for humanity.”

Within 15 minutes of prayer and song in the tight-spaced waiting area, a man who declared himself the facilities director at the McKee Group offices in Springfield, where Meehan rents office space, declined to give his name but informed the clergymen and women that only three could remain in the office at one time.

While three stayed, five moved to the street outside with plans to rotate in and out of the office until the police came.

Lank said in a way he commiserates with decision Meehan has to make.

“He’s at the nexus of two unpalatable options.”