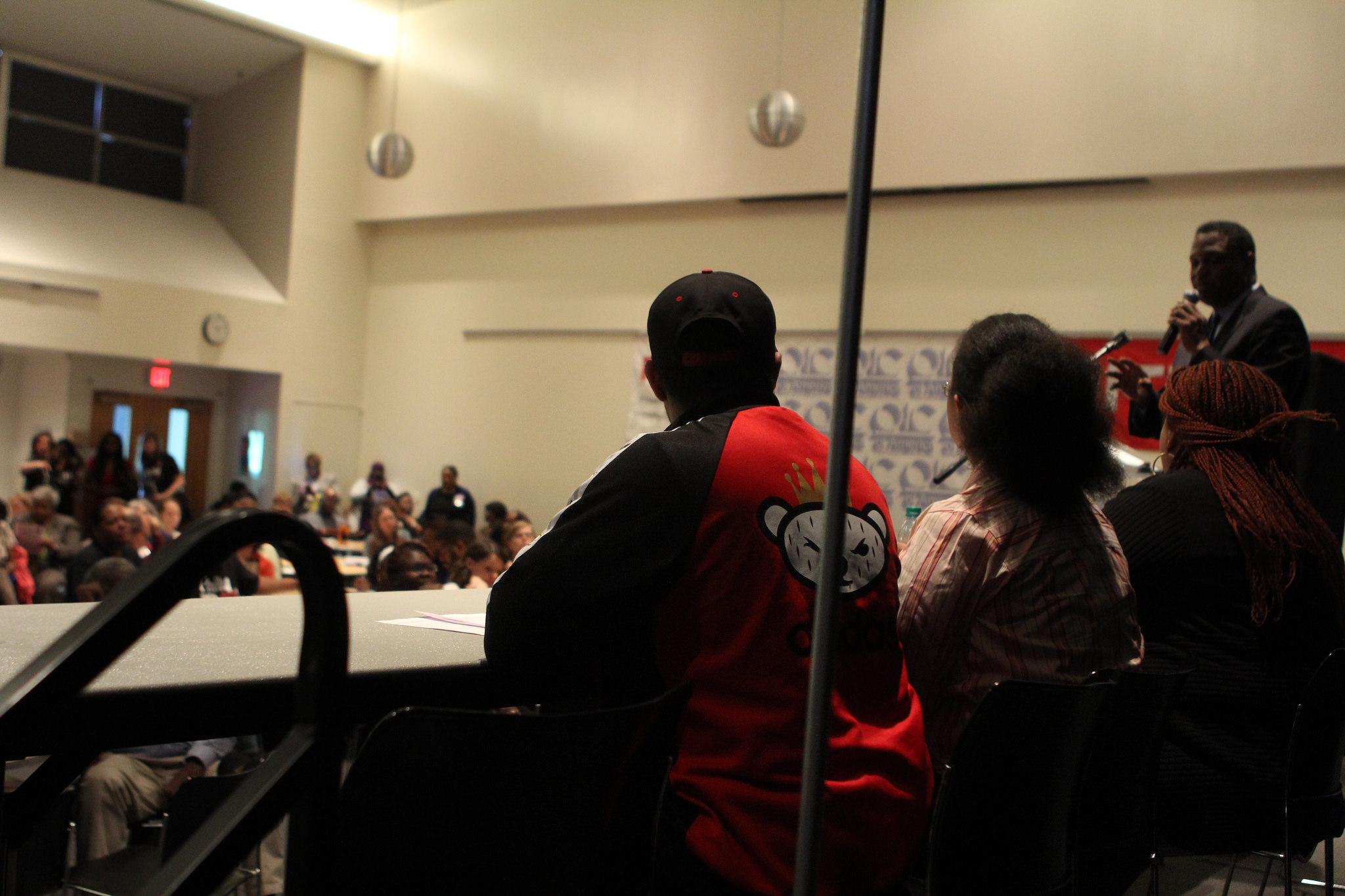 By POWER InterfaithApril 24, 2017No Comments

Within the past decade Philadelphia has become a travel destination boasting an emergence of growing businesses and a number of well-attended cultural events that attract record levels of corporate profit. But the benefits of this growth are limited to a small percentage of people already earning the highest incomes within the city. The gains are not at all felt by those on the ground helping the city re-emerge as the powerhouse of culture and wealth that it once was. In May of last year, POWER (Philadelphians Organized to Witness, Empower, and Rebuild), OIC (Opportunities Industrialization Center of America), and Unite Here Philly, sponsored a day-long event called “The Poverty Summit.”

During The Poverty Summit, we released a report titled “Black Work Matters” which traced the cause of poverty in the city to the decline of manufacturing jobs and the rise of service sector jobs, many of which maintain racial inequities that keep minorities earning lower incomes while their white counterparts enjoy higher paying jobs. Up until the release of the Black Work Matters report, much of the narrative on rampant poverty in Philadelphia focused on its consequences such as high crime rates, unemployment, and heightened incarceration rates across the city. Seldom was the cause of poverty discussed. In response to a growing frustration with this one-dimensional understanding of poverty, we joined our partnering organizations in committing ourselves to eradicating poverty within the City of Philadelphia one step at a time.

So what action have we taken since the summit to combat the problem-focused narrative and overall decline of economic opportunities for minorities in the city? We understand that changes in the economy within the local workforce have led to major city-wide job loss, school closures, and heightened mass incarceration. In response to these growing deficiencies that primarily impact communities of color, we have begun building the foundation to take up the issue more in-depth before City Council, pressing our 12-point anti-poverty campaign platform. (See sidebar to the right.) Leadership of all three organizations have begun meeting individually with City Council members about increasing the minimum wage in the city of Philadelphia to $15 an hour.

We have also begun discussing pathways to increasing access to environmentally friendly green jobs and leveraging existing city assets to address poverty. In addition to the dozens of actions, rallies, and community education sessions that we have held thus far, this year we will hold a “Black Work Matters” training as part of our 100 Days of Faithful Resistance in an effort to train community members on how to present the “Black Work Matters” report. This will help those most impacted by poverty gain the language and understanding of the city’s economic landscape to begin sharing information with family, friends, and colleagues about the true causes of poverty; not just its consequences.

It is our hope that by this summer, members will begin presenting the report in churches, synagogues, mosques, and community centers across the Greater Philadelphia region. Somewhere between our conversations with City Council members, protests and demonstrations demanding an increase in the minimum wage, and community center sessions on the economic landscape of the city, we hope to build a groundswell of support from people within the communities directly affected by poverty within Philadelphia. Communities most impacted will be the ones to bring forth the solutions that help Philadelphia become a city of opportunity for all.