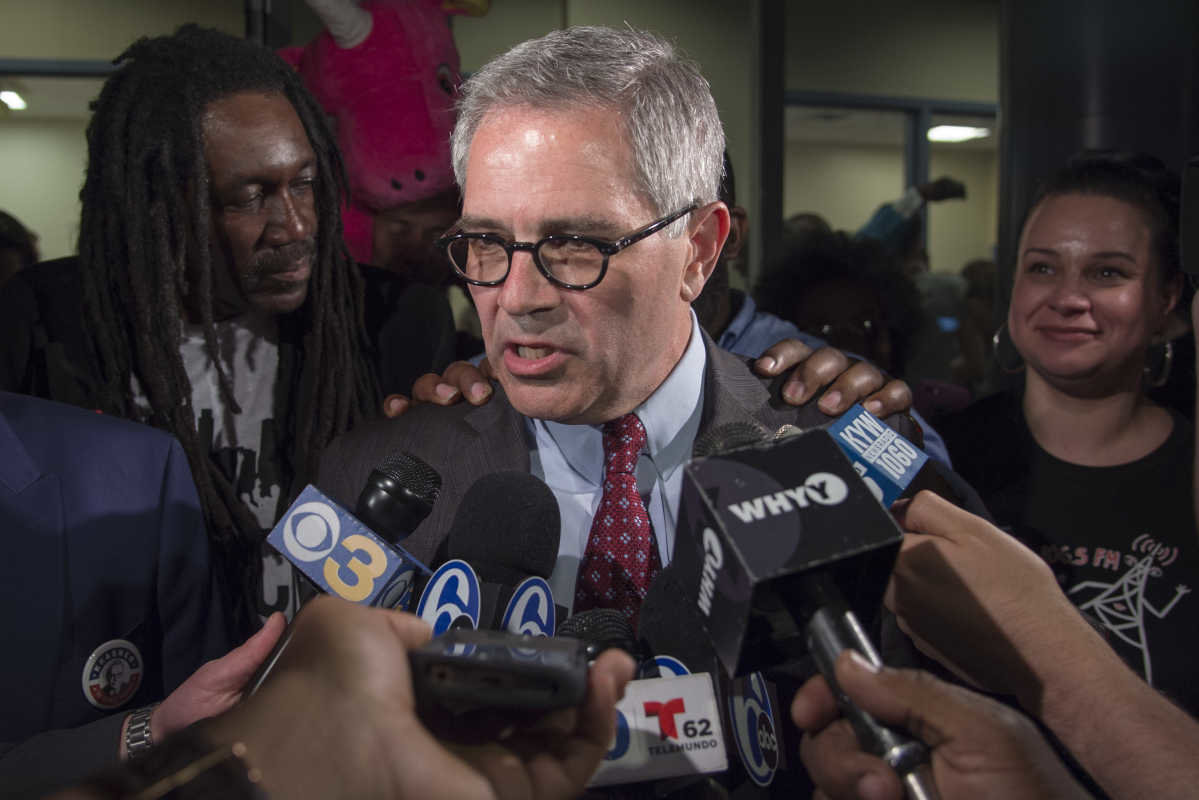 Those have long been the voter outreach strategies for many political campaigns regardless of party, but not this time. And if we do our jobs right, it won’t be ever again.

Since the uprising in Ferguson, progressive candidates have stepped forward to run in prosecutor races across the country. They’ve shown that when candidates take strong stands against mass incarceration and police abuse, voters of color turn out.

The district attorney primary in Philadelphia is the most recent example of game-changing turnout on the part of people of faith, black and brown Americans, formerly incarcerated people, low-wage workers, and others fed up with over-policing and mass incarceration.

Coalitions of people of color and white progressives joined to move a slate of candidates toward a criminal justice reform agenda. Together, we forced our issues — once not on the agenda — to the top of the agenda. In fact, we saw hopefuls at candidate forums outdoing one another to project being the most reform-minded. They knew the answer was central to winning.

For the first time in a generation, we have a major-party candidate running for DA on a platform that prioritizes initiatives that truly reduce crime, including better public education, drug treatment, and job training, rather than treating human beings as disposable.

People of faith, who are called to seek both justice and mercy, will not sit on the sidelines. We didn’t — and won’t — leave it to the “professionals” to decide what elections should be about. For example, POWER Action, a program of the PICO Action Fund, had 16,149 conversations with voters of color across the city. They recruited the people most affected by oppressive criminal-justice policies to knock on doors and make phone calls.

“My main focus is making sure that people that have run-ins with the law are treated right,” said Louis Colon Jr., a formerly incarcerated man who volunteered to turn out voters. “I want to see fairness and justice for my friends, family, and community,”

Philadelphia is part of a sea change that’s come across the nation, in large part because black and brown voters are getting energized. For example, in 2015, voters in Caddo Parish (Shreveport), La., elected their first African American district attorney, James Stewart. In 2016, voters in three counties in the South — Harris in Texas, Hillsborough in Florida, and Jefferson in Alabama — ousted traditional “law and order” incumbents and replaced them with reform-minded prosecutors.

National organizations have invested heavily in these races nationwide, but local people are doing it the old-fashioned way — talking neighbor to neighbor. It’s these live conversations that are shaping election results, not glossy TV ads. And when the national groups go away, it’s us — local Philadelphia natives — who are going to be here over the long haul to hold candidates accountable for their promises.

The policies of the past — “broken windows” policing, cash bail, stop and frisk, mandatory minimums for low-level drug offenses — are becoming relics of another era. But to make sure they stay in the past, we have to keep the pressure on the new DA — whoever he or she is — to end the policies and practices that oppress black and brown communities.

Livable wages, using discretion when sentencing, and programs for returning citizens can all help create a more just community without over-policing our people. Folks are also waking up to the very real sentencing discrepancies among races for people who commit the same crimes. For too long, harsh and discriminatory sentencing practices have torn black and brown families apart. This cannot continue.

Democrats hold a 7-1 registration advantage over Republicans in Philadelphia, but people who care about fairness and justice cannot rest on their laurels in the months leading up to the November general election. Over the summer and fall, this same winning coalition will again reach deep into our communities to have live conversations with the voters whom most political campaigns ignore. They will host a general election debate and after that release an updated DA scorecard to let our communities know where the candidates stand on issues most critical to us.

We’ve seen what happens when we stay home. And now we’ve seen the power we have when we turn out. We must put our families first and vote in overwhelming numbers in November. Our lives depend on it.