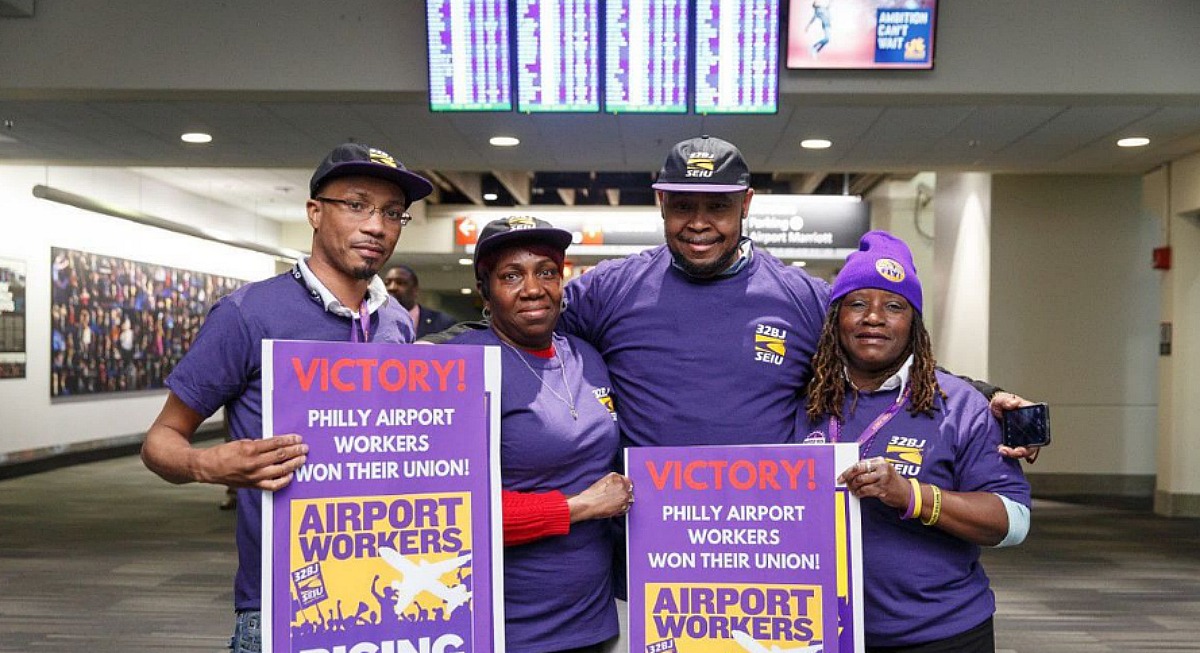 After years of fighting for higher wages, a majority of subcontracted workers at the Philadelphia International Airport now have union representation.

More than 45 workers and union officials celebrated their victory during a press conference held Thursday at the airport. The workers were joined by various officials including Mayor Jim Kenney, Councilman Kenyatta Johnson, Councilwoman Maria Quiñones-Sánchez and the Rev. Gregory Holston, executive director of the advocacy group POWER.

“It feels great to finally join the union after fighting so hard for better wages and treatment at the airport. This has not been an easy process but today we made it to the finish line. This is going to help airport workers and their families” Alfred Williams, a baggage handler with PrimeFlight, said in a news release.

“Now we can look forward to bargaining a fair contract that will give us a chance at a better life,” he added.

In 2015, an agreement with the city pushed wages from $7.75 an hour to $12 an hour to meet a “living wage” standard approved by Philadelphia voters in May 2014. Since then, workers have sought an increase to $15 an hour, threatening to strike ahead of last summer’s Democratic National Convention to protest unfair labor practices and low wages.

While many airport workers saw the vote as the end of a long, hard fight for better pay and conditions, Wyedia Crosswell was among those who see it as just the beginning.

“We’re just getting started. Now that we’ve got the union, we’re going to be able to negotiate a contract that builds towards a better future. This is about me being about to have a job I can count on to give my daughter a better life,” said Crosswell, an expectant mother and Prospect wheelchair agent.

Thirty years ago airlines began subcontracting out work had been performed by union workers, which some say has resulted in lower wages, high turnover and short staffing in airport jobs.

The Philadelphia workers have joined colleagues at other airports across the country now protesting the low-bid contracting system.

“Philadelphia airport workers didn’t just vote for the union,” said Gabe Morgan, vice president of 32BJ SEIU. “In a city where poverty is deep and widespread, they voted to turn more than a thousand poverty jobs into good jobs.”

The union hopes to start contract negotiations soon with PrimeFlight and Prospect.

“I commend these brave airport workers for sticking with their fight no matter how hard it got,” said Kenney. “I congratulate them on joining their union, 32BJ SEIU and continuing to make our airport better for everyone.”