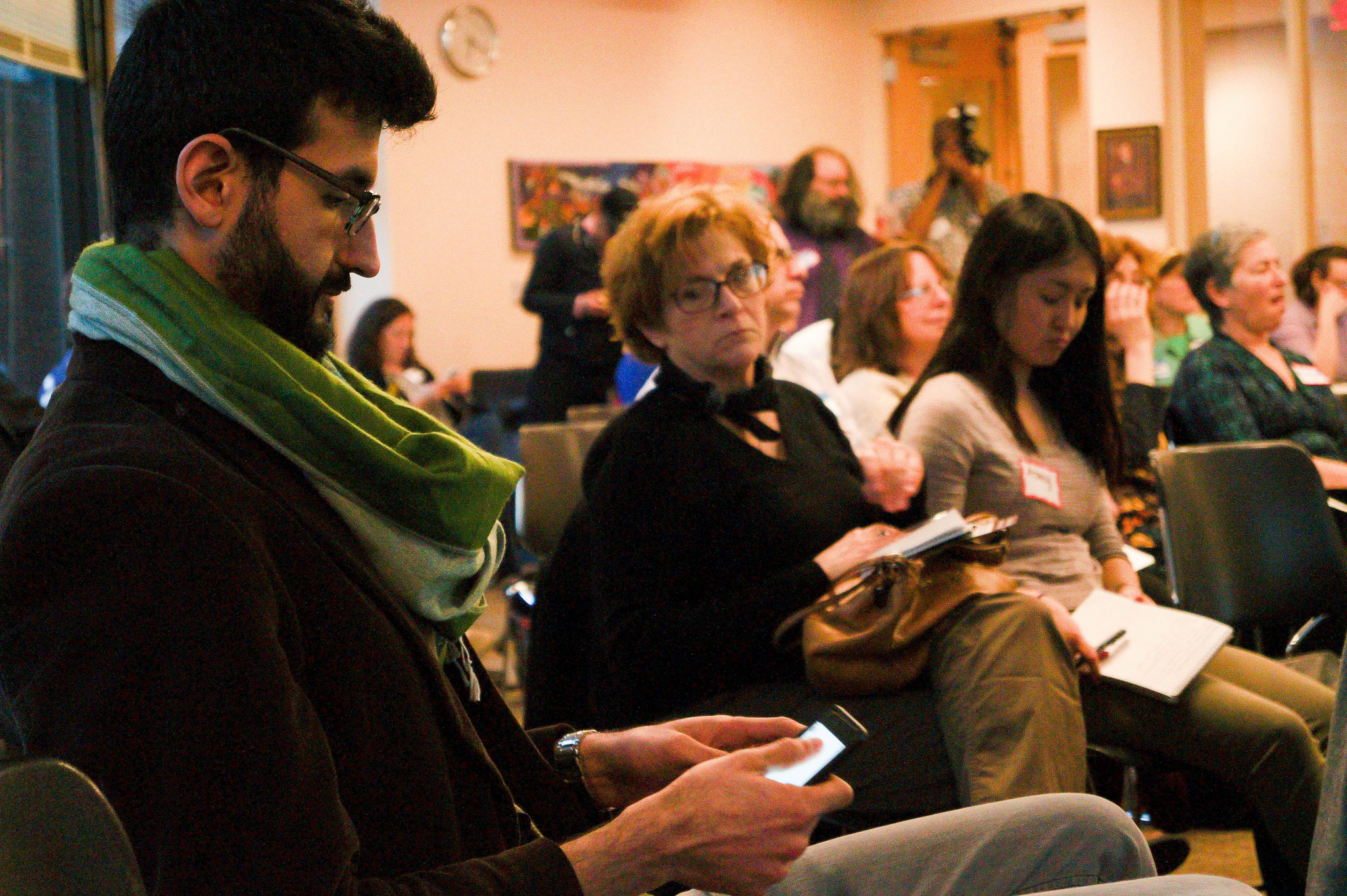 By POWER InterfaithApril 17, 2017No Comments

In times of increasing political engagement, your social media efforts could run into the problem shown above. Conversations at a recent event organized by advocacy group POWER Interfaith tackled social media dilemmas like these.

Many in the room were well aware of the problem laid out at the beginning of the workshop: How do we effectively transition from sharing personal lives on social media to talking about political thoughts and helping grow movements with others?

It isn’t easy, said Oseuke: “Online organizing is intentional. It takes a lot of planning.”

She cited contrasting social media approaches of the 2016 U.S. presidential election as inspiration for the workshop: “It was really interesting that Trump seemed to control the narrative. Hillary Clinton was being reactive.”

The three presenters, with the help of a highly engaged audience, laid out complicated and ubiquitous concerns with online organizing. For example, the concept of “slacktivism,” which an audience member defined as “no real skin in the game, just retweeting.”

Osueke also pointed to a misconception behind digital organizing due to information overload: “People think that everyone knows everything, but that’s not the case.”

Presenters gave both general and specific advice. For one, figure out your goals first because as Brown said, “Your movement is not for everyone.”

Morgan discussed the importance of language in already limited tweets and posts. Use A Progressive’s Style Guide, for instance. If you’re looking to extend your network, check out the social media accounts of prominent people in their field of expertise and engage in conversations with them and who they’re communicating with. And don’t forget about hashtags: “That’s how we get found,” Osueke said.

What does this constantly changing, proactive and informed activism amount to? “A new era of social media activism and digital organizing,” according to Osueke.

POWER hopes to expand digital activism training during the summer, especially with racial minorities and younger demographics. If you’re interested in attending or helping out with this work, email bosueke@powerphiladelphia.org.